General Motors’ Buick brand serves as the hierarchical step between Chevrolet and Cadillac in the North American market. Now featuring a lineup composed of crossovers big and small in our market, the Tri-Shield brand will soon welcome an all-electric model as well.

It’s worth noting that in the Chinese market, Buick is doing quite well with a wide range of sedans, hatchbacks, crossovers and MPVs, in addition to offering mild hybrid and fully electric powertrains. Business isn’t quite as good in North America, but that isn’t stopping it from looking ahead and sharpening its product portfolio with vehicles people are actually shopping for. That means utility vehicles galore. Here’s what to expect from the Buick brand in 2022. 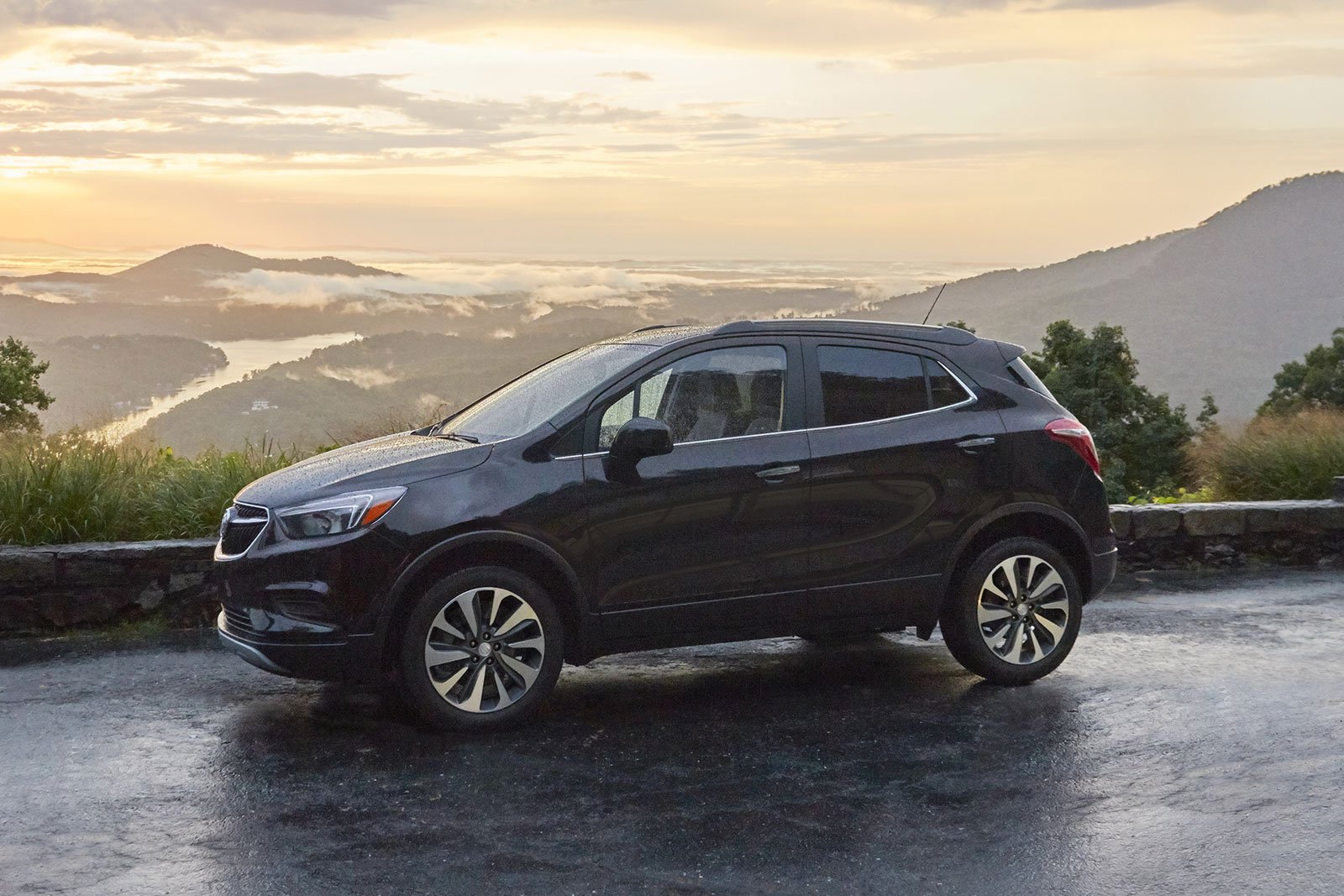 The Buick Encore subcompact is by far the oldest product in the lineup, and its production cycle will soon come to an end, although no date has been announced by GM yet. It’s equipped with a turbocharged 1.4L inline-four that develops 155 horsepower and 177 pound-feet of torque, managed by a six-speed automatic and the choice between front-wheel and all-wheel drive. Only one trim level is left, and noteworthy changes in the deletion of the flat-folding front passenger seat. However seat pockets have been added for extra convenience. An infotainment system with a seven-inch touchscreen is now standard as well. 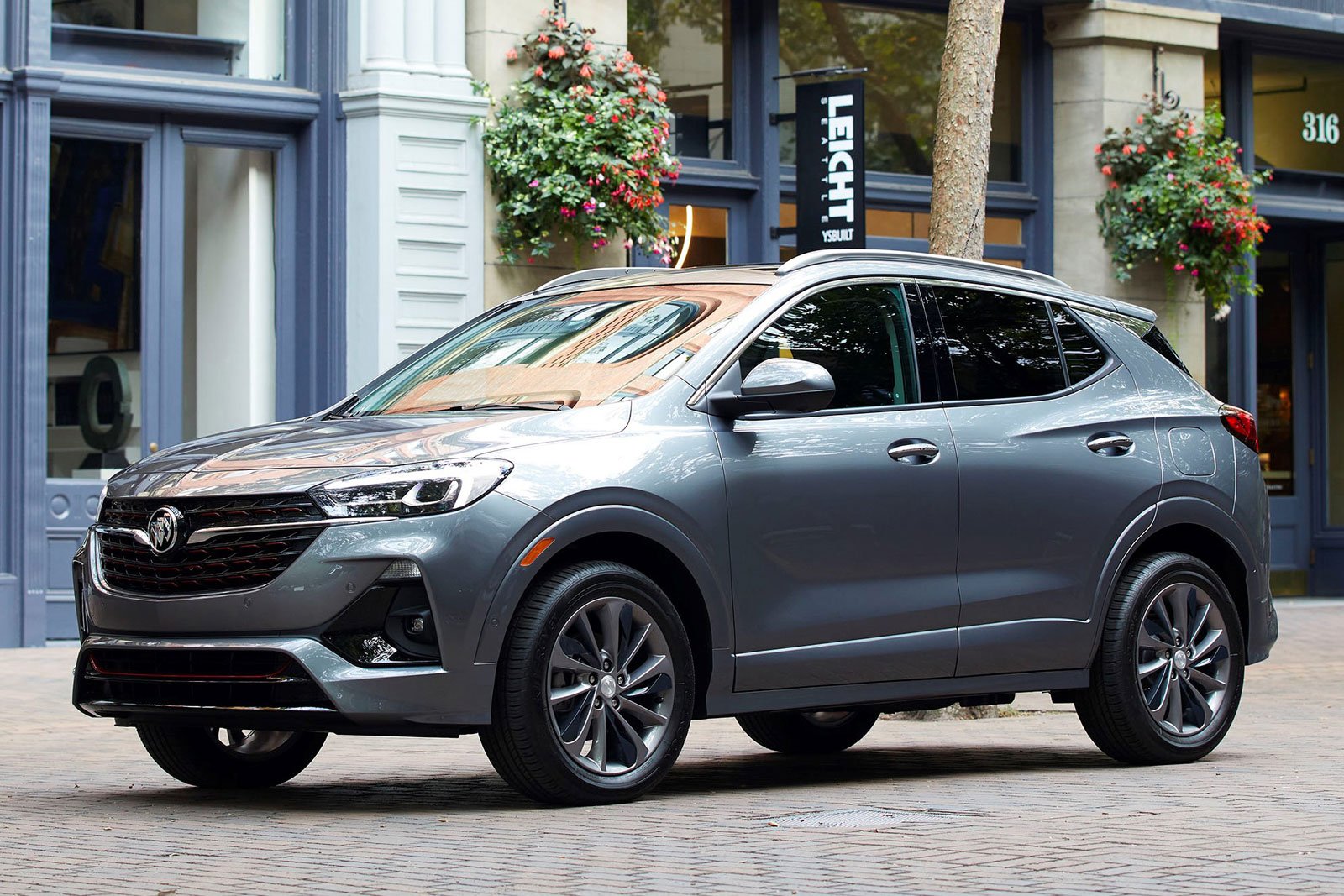 Meanwhile, the Buick Encore GX enters its third model year with paint colour changes, but the bigger news is the unavailability of the base engine. The subcompact-plus crossover was supposed to still be available in front-wheel-drive configuration with a turbocharged 1.2L inline-thee engine and a continuously variable automatic transmission, good for 137 horsepower, but that mill can’t be ordered for the time being, and it’s unclear if it will be offered again. The turbo 1.3L inline-three with 155 horsepower is now the only powertrain available, which can be matched with FWD and a continuously variable automatic transmission or AWD and a nine-speed automatic in the U.S. The Canadian market gets mandatory AWD.

The second-generation Buick Envision arrived for the 2021 model year, and little changes have been announced for 2022. The compact crossover is equipped with a turbocharged 2.0L inline-four that develops 228 horsepower and 258 pound-feet of torque, managed by a nine-speed automatic transmission. A front-wheel drivetrain is standard, while AWD is optional. A paint colour swap, new alloy wheels and a few feature and option package reshuffling highlight this year’s changes.

The Buick Enclave just received a mid-cycle refresh with new exterior styling, new paint colours, new alloy wheel designs, equipment reshuffling as well as the addition of wireless Apple CarPlay and Android Auto. The Enclave gets a 3.6L V6 engine with 310 horsepower and 266 pound-feet of torque as the only engine choice, matched to a nine-speed automatic transmission and available AWD.

As part of GM’s global electrification strategy, Buick will offer two EV crossovers by 2025. There are very few details available so far, other than one will obviously be bigger than the other, and one of them will feature a “more athletic design.” One of the two could be called the Velite, a nameplate that’s already in use in China, or the Electra.

Approximatively 30 employees are affected VinFast Canada will now be a member of VinFast North America. The employees in VinFast's stores in Canada...
Read more
Previous articleEVs in North America are Heavy and Enormous, but it Needs to be this Way for Now
Next articleRam Revolution is a Look Inside, Not the EV Pickup’s Name