General Motors’ luxury brand Cadillac is about to launch its first fully electric vehicle, and more are on the way as the marque announced it would shift to a full lineup of BEVs by 2030.

Until then, the current lineup gets mild changes across the board, but two high-performance sedans have been added, and a high-performance SUV will soon hit the market, as a last hurrah to internal-combustion powertrains. Here’s what to expect from the Cadillac brand in 2022.

First and foremost, production of the 2023 Cadillac Lyriq midsize crossover will begin this spring. The vehicle will be built on GM’s new BEV3 in addition to using Ultium batteries and Ultium Drive electric motors, while rear-wheel and all-wheel drivetrains will be available. The first variant to roll off the assembly line in Tennessee will be the Debut Edition, with RWD and a single motor setup producing 325 horsepower and 340 pound-feet of torque. The brand is announcing a driving range beyond 300 miles or 480 kilometres on a single charge as well as charging speeds of up to 150 kW. Other variants will follow afterwards.

Other electric crossovers will arrive by 2025, perhaps even earlier, and the following name trademarks have all been filed by GM: Optiq, Symboliq, Ascendiq, Vistiq and Lumistiq. There will also be a full-size electric SUV based on the same BT1 platform that also underpins the GMC Hummer EV, and it should wear the Escalade IQ and Escalade IQL nameplates. During the 2022 Consumer Electronics Show, the Cadillac InnerSpace concept was unveiled, showing off the brand’s vision of a future autonomous luxury vehicle. 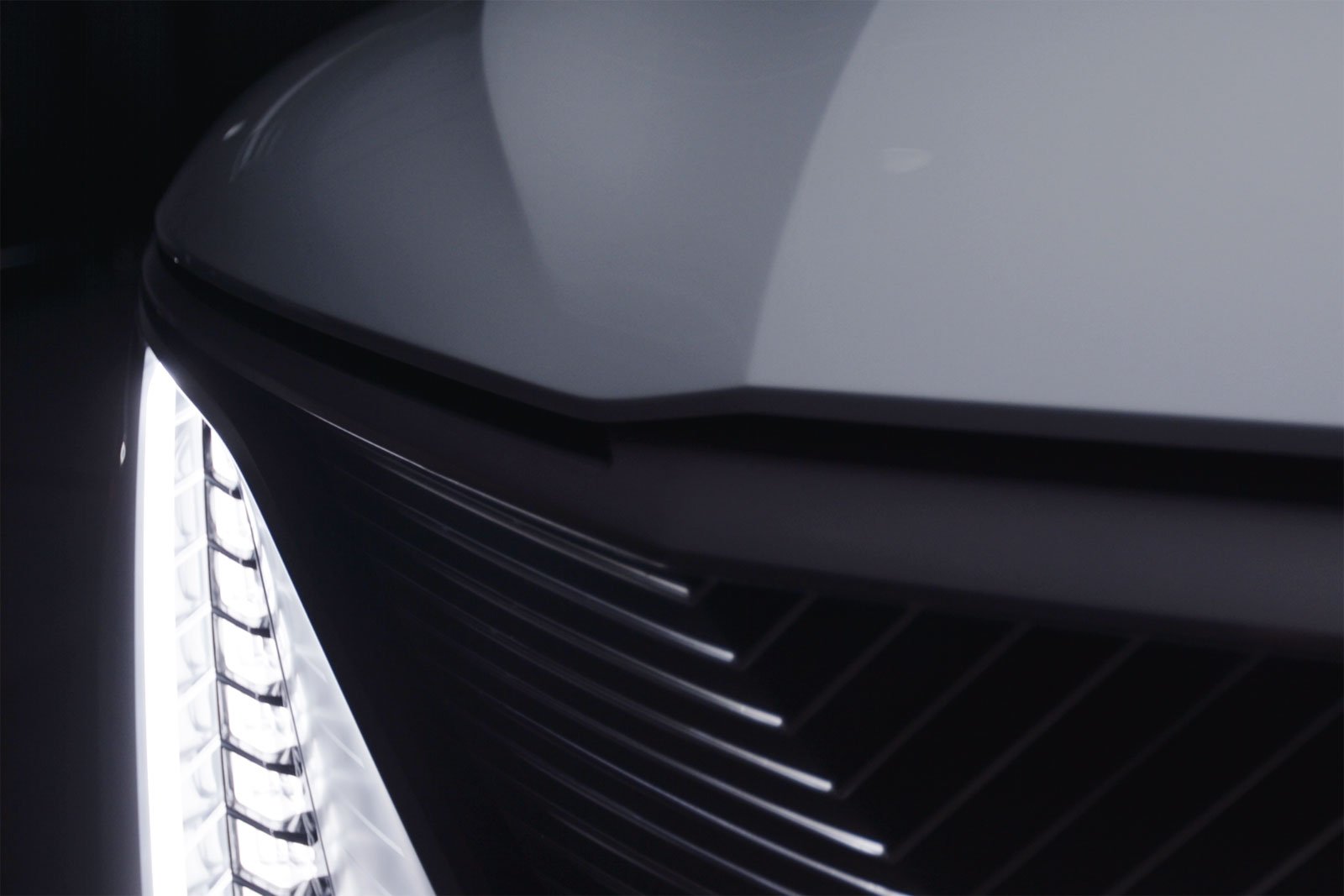 There’s also the Cadillac Celestiq, a hand-built, limited-production flagship electric sedan that could cost as much as $200K and feature an extremely sophisticated and luxurious cockpit. The brand teased us with a few pictures and videos so far, but the production version of the sedan has yet to be revealed. That should happen sometime in 2022.

The Cadillac CT4 is available in Luxury, Premium Luxury and Sport trim levels. It’s equipped with a turbocharged 2.0L inline-four that develops 235 horsepower, although a turbo 2.7L inline-four with 310 hp is optional, as is AWD. The CT4-V also relies on the 2.7L engine, but with output raised to 325 hp, along with a sportier suspension and looks to match. The 2022 CT4-V Blackwing made its official debut in February 2021, equipped with a twin-turbo 3.6L V6 producing 472 horsepower and 445 pound-feet of torque—with six-speed manual and automatic transmission choices. Changes for 2022 include paint colour swaps, the deletion of NFC mobile device connectivity, and some equipment reshuffling due to the microchip shortage. Super Cruise was supposed to arrive for the 2021 model year, but has been pushed back to 2022 and is now available. 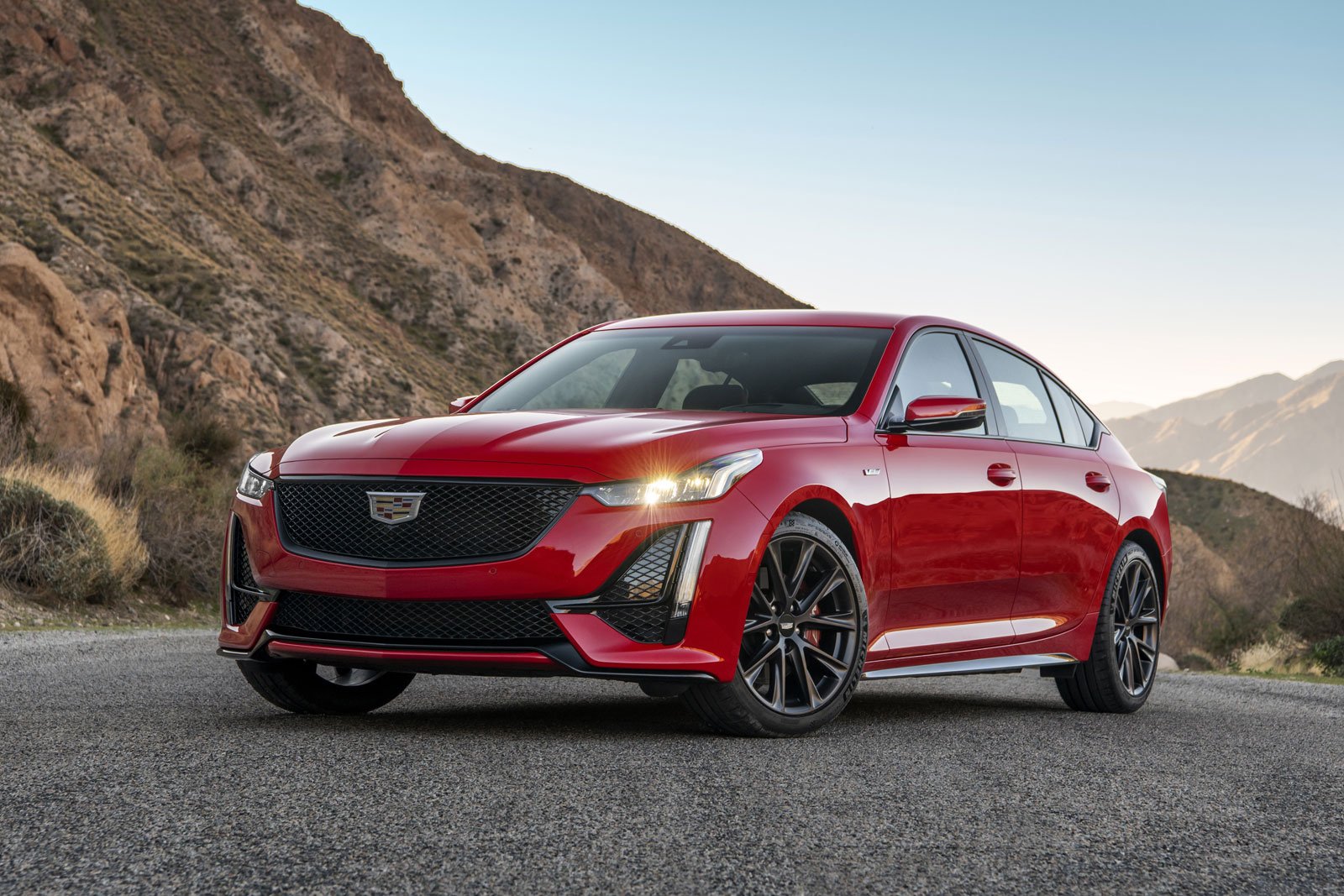 The Cadillac CT5 is available in the same trim levels as the CT4, along with upper-crust Premium Luxury Platinum and Sport Platinum variants. A turbo 2.0L four with 235 horsepower is standard, while the uplevel engine is a twin-turbo 3.0L V6 with 335 hp, both offered with RWD or AWD. The CT5-V benefits from a 360-hp version of the V6, and the new 2022 CT5-V Blackwing packs a supercharged 6.2L V8 good for 668 horsepower and 659 pound-feet of torque, connected to either a 10-speed automatic or a six-speed manual. The 2021 CT5 receives almost exactly the same updates as the CT4. 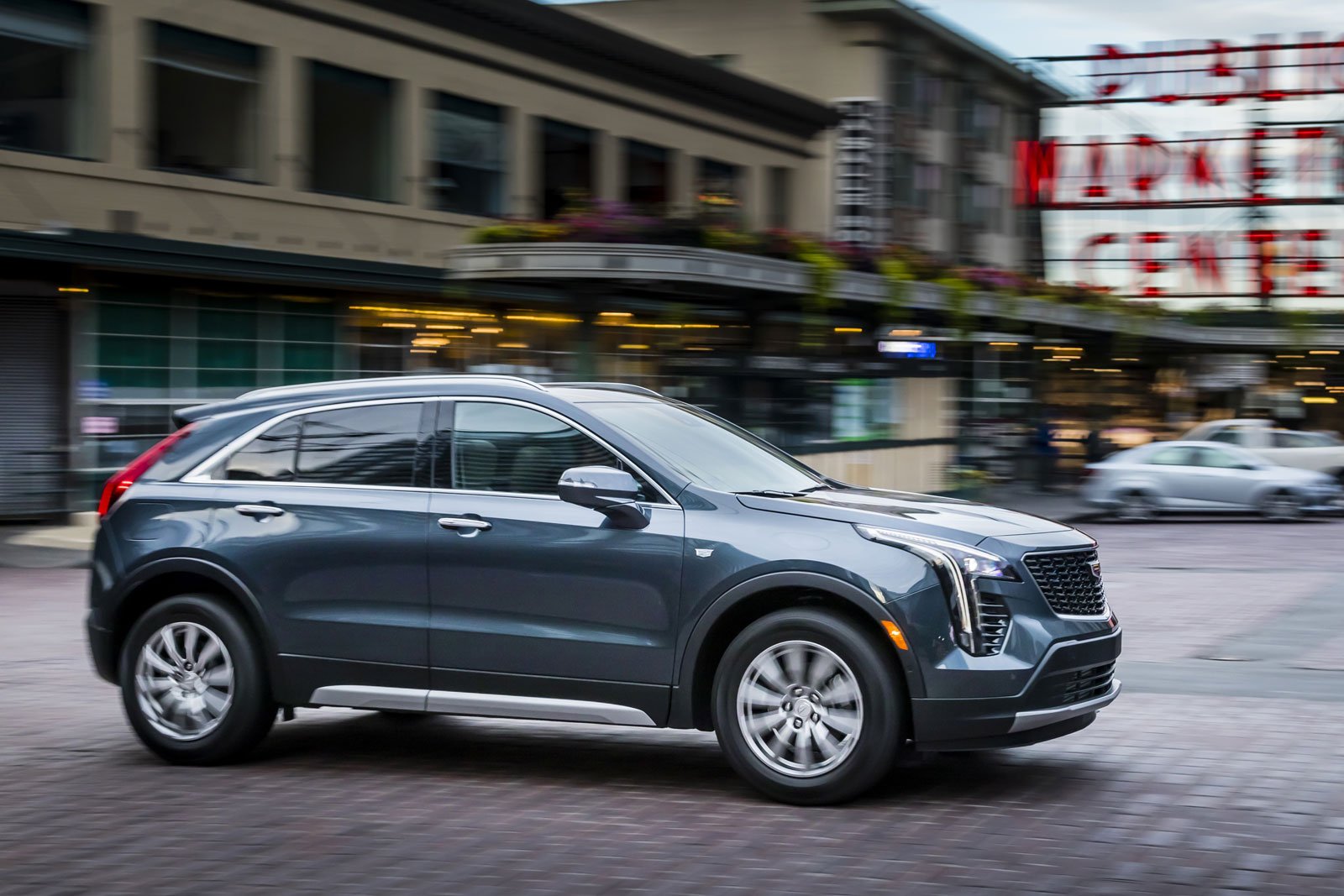 The entry level crossover is the Cadillac XT4, which gets colour changes, some equipment reshuffling and the deletion of NFC, among other things, for 2022. The XT4 features a turbocharged 2.0L four with 235 horsepower and 258 pound-feet of torque, connected to either a front-wheel or an all-wheel drivetrain. 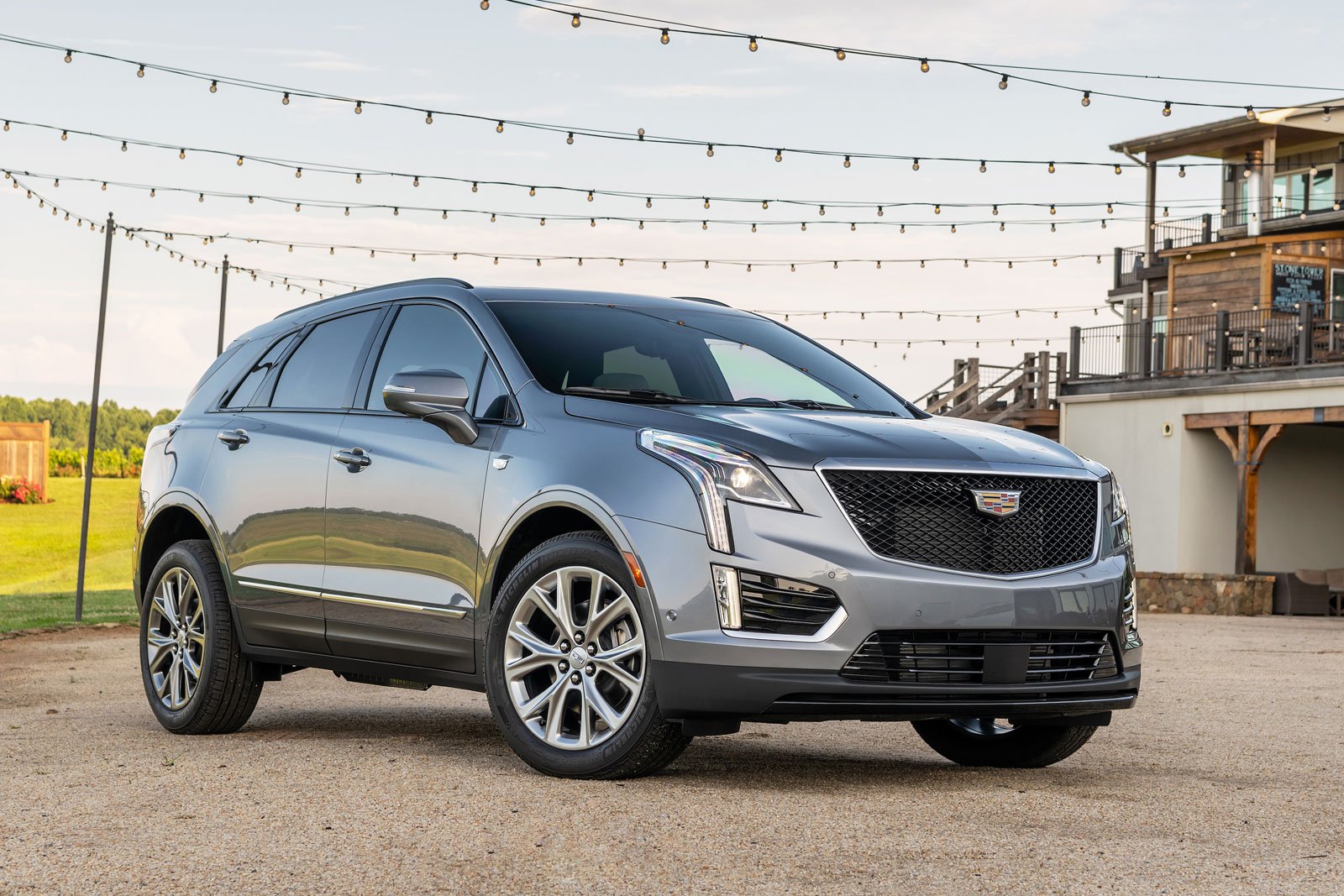 Next up is the Cadillac XT5, which enters the 2022 model year with paint colour replacements, new alloy wheel designs, the deletion of NFC and an available Brembo brake package. A turbo 2.0L four with 235 horsepower and FWD are standard, while a 310-hp 3.6L V6 and AWD are both available.

For 2022, the Cadillac XT6 receives paint colour changes, an available Brembo brake package, the deletion of NFC and equipment reshuffling. However, the big news is the arrival of optional Super Cruise for the midsize seven-passenger crossover. The XT6 features a turbo 2.0L engine producing 235 horsepower in addition to a 310-hp 3.6L V6, with AWD figuring as an option in the U.S. and as standard in Canada. 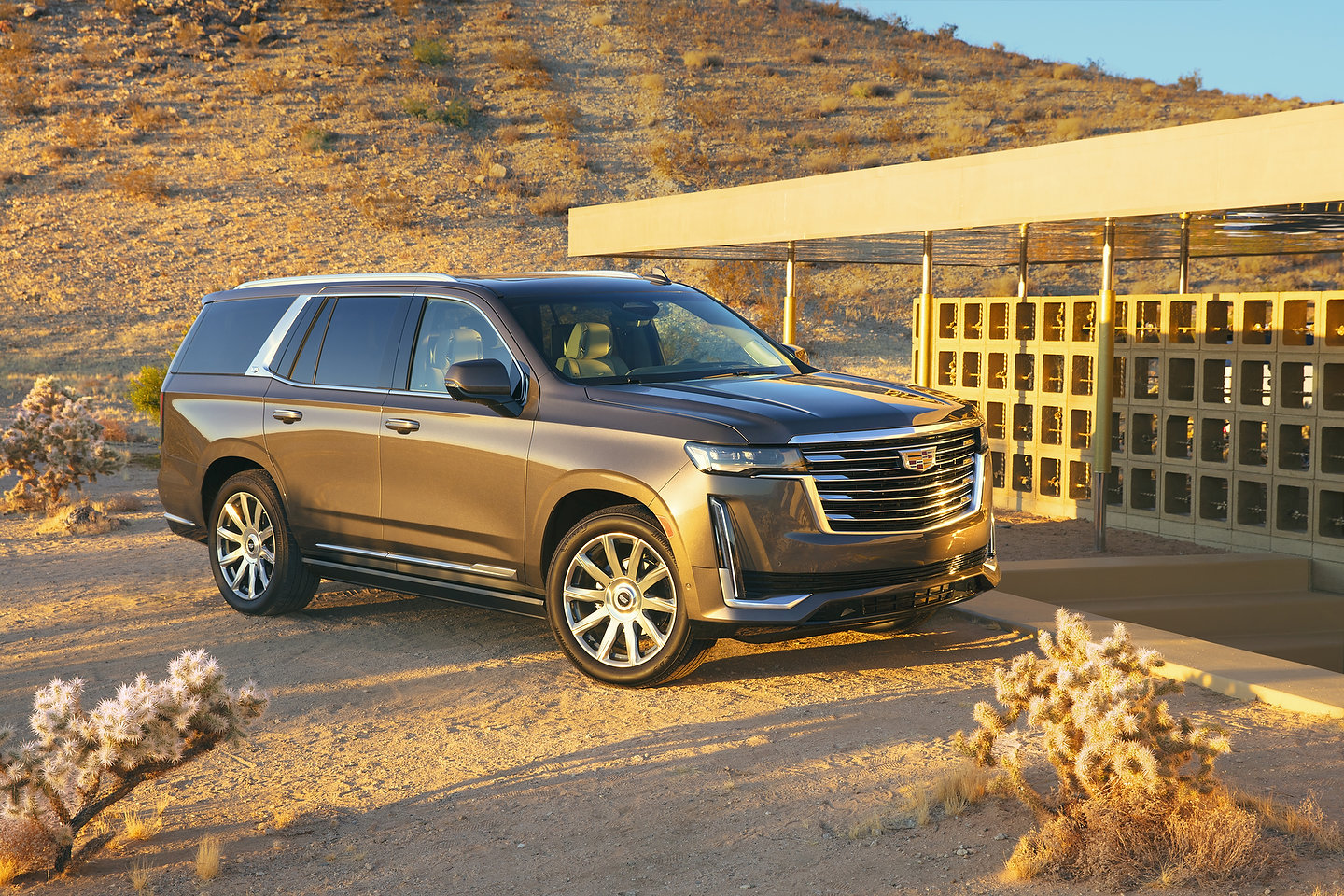 Last but not least, the Cadillac Escalade was all-new for 2021, once again offered in regular- and extended-wheelbase Escalade ESV configurations. The 2022 model year brings paint colour changes, the deletion of NFC, the Buckle to Drive feature, and other small changes. The SUV is equipped as standard with a 420-horsepower 6.2L V8 and a turbo-diesel 3.0L inline-six that delivers 277 hp and 460 pound-feet of torque. Luxury, Premium Luxury and Sport trims are available, the latter two also offering a Platinum package with even more features and a richer interior. Rear-wheel drive is standard in the U.S., while 4WD is optional, but the only way to go in Canada. 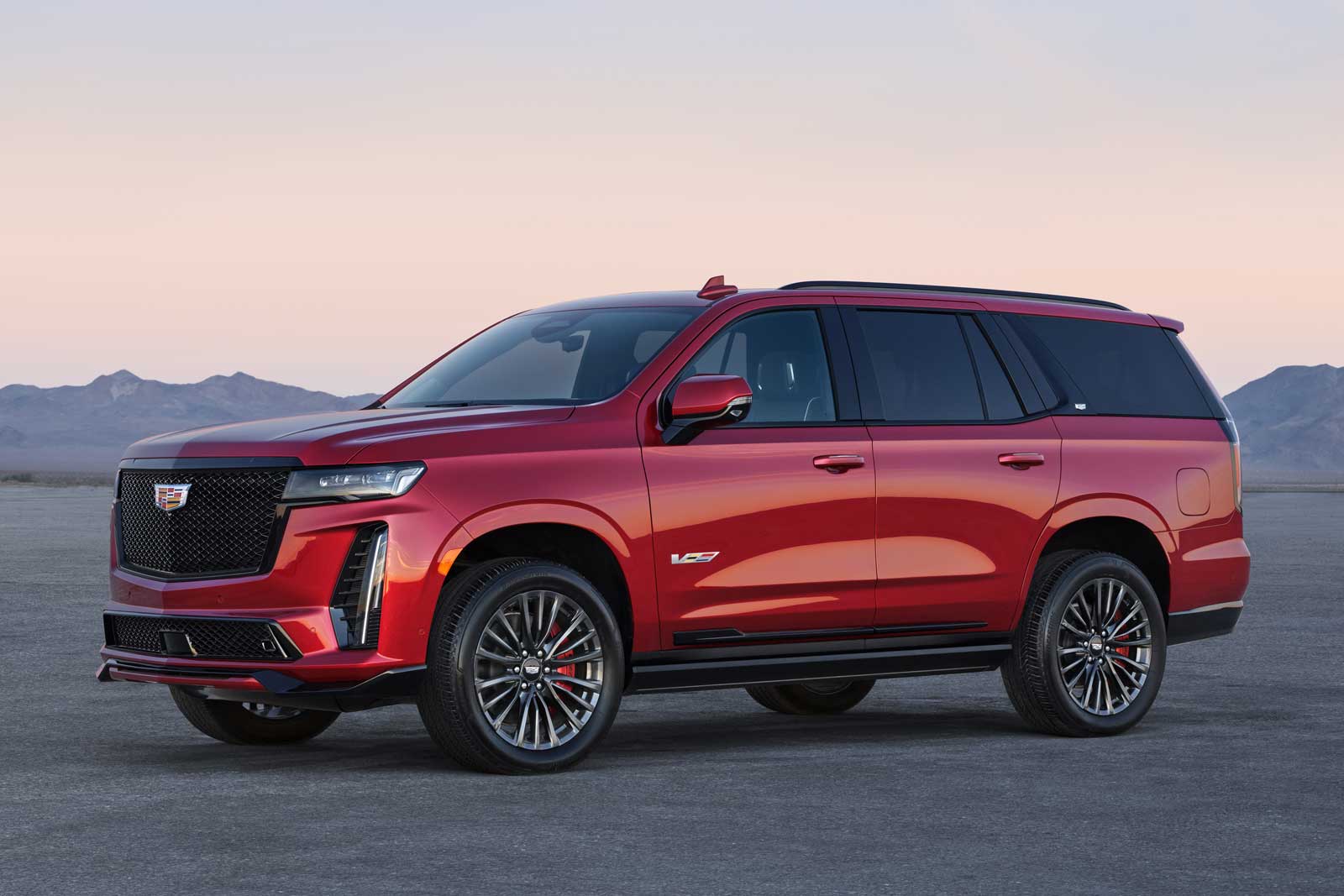 In January 2022, the 2023 Cadillac Escalade-V was revealed, and although powertrain details haven’t been revealed yet, it’s likely to feature the CT5-V Blackwing’s supercharged 6.2L V8, which means 668 horsepower, possibly matched to an all-wheel drivetrain.

The Ford F-Series pickup is tops among the most popular cars in Canada. The Toyota Corolla topples the Honda Civic and becomes the...
Read more
Previous articleFire on Cargo Ship Carrying 4,000 Volkswagen Auto Group has Finally Died Down
Next article2023 Mazda CX-50 Priced From $37,900 in Canada