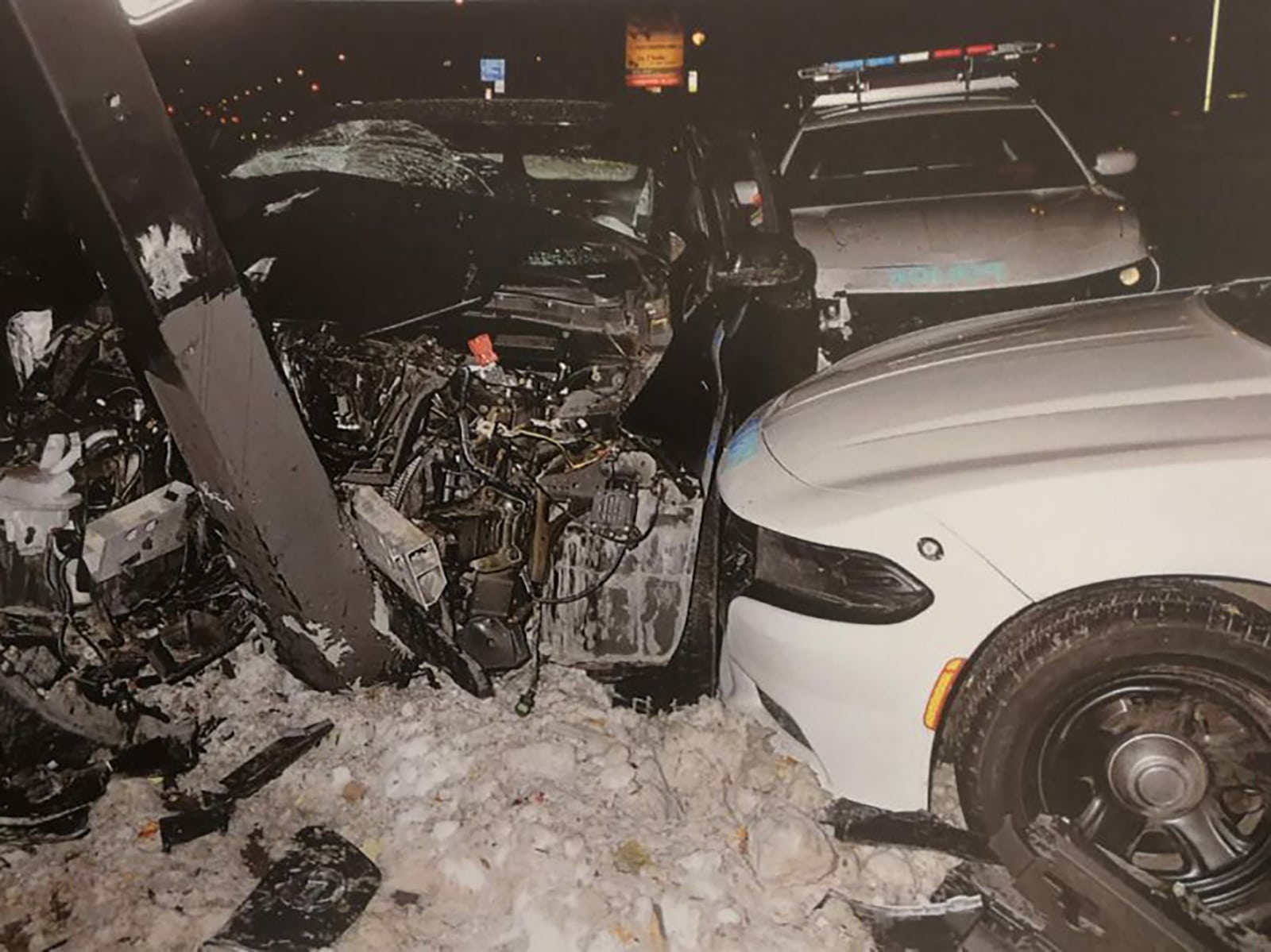 A man who led Montreal police on a chase in a Nissan LEAF was convicted of two counts of dangerous driving last week.

Sébastien Théodore, 41, was driving his Nissan LEAF over the Jacques-Cartier bridge in Montreal, Quebec, Canada on November 18, 2018 when he was pulled over by police. As the officer approached the vehicle, Théodore sped off and led police on a low-speed chase through Montreal city streets.

After hitting two police cars, burning several red lights and driving into oncoming traffic, Théodore was apprehended at a road block. According to prosecutors, Théodore’s LEAF also hit Nancy Carrier, 43, who was shoveling snow in front of her house.

The Montreal nurse flew almost 30 meters in the air and suffered several significant injuries as a result including two punctured lungs. The victim hasn’t been able to return to work since. Prosecutors showed evidence at the trial that the woman was struck by the LEAF.

Théodore, who was driving on a suspended license at the time, represented himself at his trial and argued that police didn’t have the right to stop him on the bridge. He said he fled because he wanted to reach a nearby police station to “straighten things out”.

During one of the court sessions, Théodore lashed out at the judge who didn’t let him ask a question to the victim.

“You’re not allowed to hide this, the detective did some things that aren’t right!”, Théodore yelled according to TVA Nouvelles (French link).

The trial was marked by several interruptions by Théodore who often banged his fists on the table and accused the judge and prosecutor of corruption. On the first day of his pre-trial hearing, Théodore asked for the trial to begin the very next day and cursed out the judge for dismissing him. He then tried to leave before being restrained by police.

The Ford F-Series dominates the list of the most popular cars in the United States in 2022. Strong sales gains for Tesla Model...
Read more
Previous articleHow Much Power Does The New C8 2020 Chevrolet Corvette Really Make?
Next articlePicture Of The New G80 BMW M3’s Rear-End Leaked