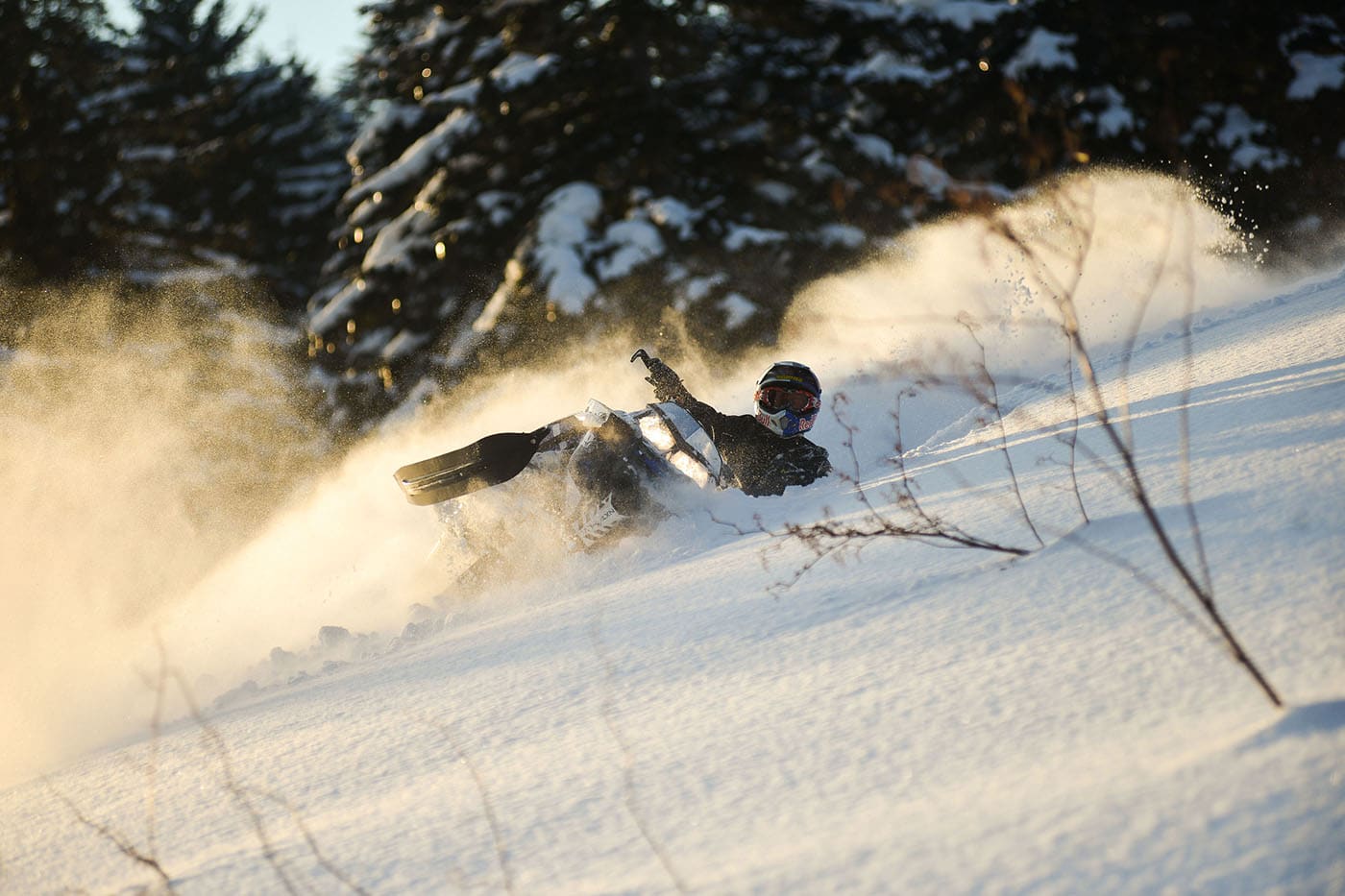 I’ve held a driver’s license for nearly 27 years, a racing license for four of those, have hundreds upon hundreds of track hours under my belt and have driven in excess of 1,500 different cars since becoming a newly minted driver.

What could possibly be so different on a snowmobile?

As I look out my home-office window, at the accumulated snow and the snow that continues to fall, I’m reminded of an adventure I was on a few years ago just above the Arctic Circle in Sweden.

I travelled with Volkswagen to Arjeplog, in the Swedish Lapland, to drive the then new MK6 Golf R on a frozen lake. Occasionally, on such events, activities are made available to the travelers before actually doing work (yes, beating on and drifting a Golf R on a frozen lake in Sweden in the dead of winter is a job!)

One of the pastimes was suiting up, jumping on a Polaris snowmobile and heading out to a look-out point for a breathtaking view of the setting sun.

Our steeds were all identical however our tour guides got larger machines. From what I was told, our units all featured a 125-horsepower engine and weighed roughly 550 lbs. or about 250 kg, before parking my large behind on the bench.

Although the concept of power-to-weight ratio is immensely clear in mind, tracking and owning mostly sub-150 horsepower 1,000 kg cars, I’d not done the math quite so good…

My first mistake was crushing the throttle the very first chance I got. Thankfully, I’d left a fair amount of distance between myself and the snowmobile ahead of me. I quickly realized two things: This machine was far more powerful and faster than I’d imagined and that the brakes although “good”, do not exactly respond like vented and cross-drilled Brembo discs with track-biased brake pads.

At one point, we traversed one of the many lakes that bisect the area and reached over 120 km/h. I’d mastered easing on and off the throttle and judging braking distances so I felt confident.

With ego properly stroked, it was quickly crushed when negotiating a trail through the woods. I discovered that, like cars, understeer is directly related to speeds going around a bend. I was also reminded about vision. On a track or on the road, one must never stare at the object we are trying to avoid but towards the intended path of the evasive maneuver.

As I careened helplessly towards a tree stump on the edge of the trail, I stuck my foot out in an attempt to cushion the inevitable impact with my leg. Luckily, I’d scrubbed enough speed off and so managed to only skim the stump with a ski, avoiding much pain. I may have scratched said ski but that in the past now.

Needless to say, I behaved for the remainder of the trek. I did top out later on at 140 km/h, again on a lake, and gained an enormous amount of respect for these impressive recreational vehicles.

The sunset was incredible, as promised. And the riding experienced was equally invigorating. I’ve not mounted a snowmobile since – but I will again however the day they set one up with a steering wheel and proper pedals.

This is a one-of-one special edition of the Chiron which is the last Bugatti powered by a W16 engine ever. The €9,792,500 winning...
Read more
Previous articleA Compact Sub-Ranger Pickup Coming From Ford In The Near Future
Next article2019 Hyundai Kona vs 2019 Mazda CX-3 Quick Comparison