Cashing in on Volvo momentum 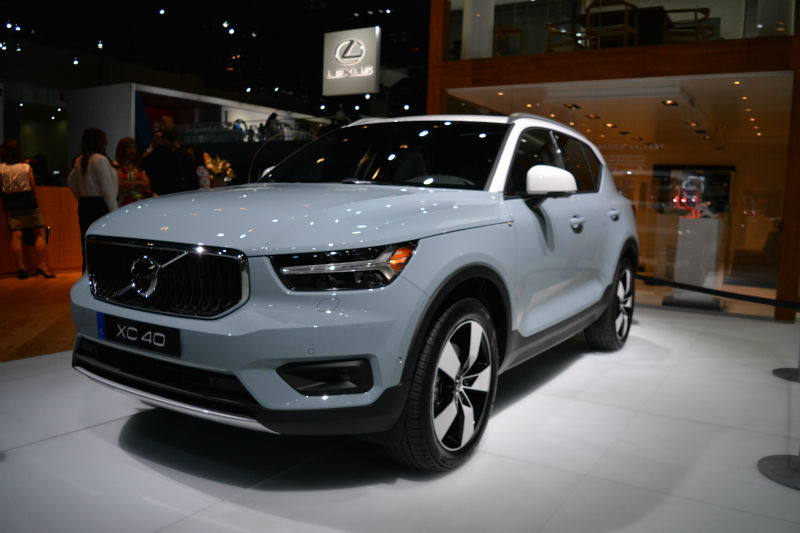 The market is ripe and ready for small luxury SUVs. In less than five years, roughly a half-dozen of these mini loaded ‘utes have popped up, all of them promising luxury, prestige and performance in a small package.

Volvo’s on a roll as of late and their crossover lineup is looking dapper. The latest XC90 has raised the technology and styling bar and the new XC60 is no different. Actually, we think it might look better than the 90. Where the XC40 is concerned, it trades the sophisticated chiseled look for a more playful, not-quite-so-Swedish appearance. Mind you, no one will ever mistake it for anything less than a Volvo.

The cabin is lovely, to put it simply. Much like its larger stable-mates, materials, fit and finish and ergonomics are crazy modern. The layout is functional with plenty of storage spots. And despite the Volvo XC40’s diminutive outer size, there’s enough room for four adults and a decent amount of kit in the trunk.

Unlike some of its competitors, Volvo’s kept up with quality and has cut corners putting this vehicle together. They’ve not cheapened out on the powertrain either. The only engine and transmission combo on offer will be the T5, or the 248-horsepower and 258 lb.-ft. or torque version of the Drive-e family of boosted 2.0-ltre 4-cylinder engines.

We’re actually driving the new 2019 Volvo XC40 in Spain next week so you can expect a full review shortly thereafter. Starting price is set at $39,500 and it will pop into showrooms next spring.

The new Lyriq Tech trim level will be responsible for this $4,400 discount over the 2023 base price. This version will forgo some...
Read more
Previous article2018 Jeep Wrangler at the Los Angeles Auto Show
Next articleLA Auto Show : the 2019 Hyundai Kona unveiled