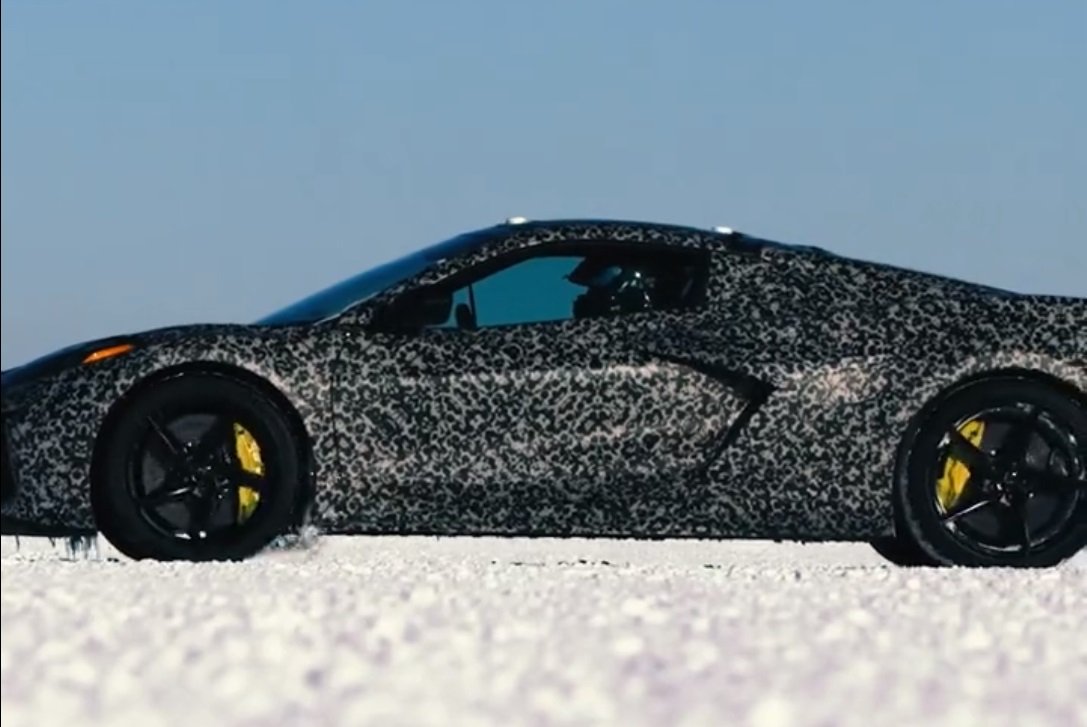 There is an electric Corvette on the way. It’s official, the President and CEO of GM have both posted about it today. Though it’ll be a while before that one arrives, we can also expect an electrified Chevrolet Corvette next year.

Starting with the electrified car, which was teased in a clip revealed at the same time. It shows a C8 Chevrolet Corvette that can spin its front tires. The Corvette has never done that before, but the new architecture behind the mid-engine C8 makes it possible.

BREAKING: An electrified #Corvette will be available as early as next year and a fully electric version to follow. Stay tuned for more. pic.twitter.com/6lDUWpOIZ2

The new car also features electric yellow brake callipers, something that is quickly becoming an EV performance car staple. Though Reuss didn’t confirm it, the video and our analysis suggest it will be an EV motor mounted at the front with a gas engine (possibly boosted by an electric motor) at the rear. Expect a V8, since this is still a Corvette, after all.

A fully electric Chevrolet Corvette will arrive later. Reuss wouldn’t say when, but expect at least a couple of years. He said that the E-Vette would use the GM Ultium EV package, but didn’t clarify if that meant the entire platform or just the motor and battery technology.

Since Ultium has produced a Hummer EV with 1,000 hp, an electric Corvette absolutely has our attention. As does adding AWD to the gas versions in the form of electrification, a move that could make the performance car a true world-beating model.

For now, we’ll have to wait and see, but Reuss suggests more info will be coming soon.

The automaker has already signed an agreement with the federal government. Other sites in North America are still being considered. This will be...
Read more
Previous articleJeep to Add a Plug-In Hybrid Powertrain to the Wagoneer and Grand Wagoneer by 2025
Next articleIt’s Officially Curtains for Datsun: Nissan