The Chrysler brand has a future, says parent company Stellantis after being established by the merger of Groupe PSA and Fiat Chrysler Automobiles. Not only that, but fully electric vehicles on the way.

In the meantime, the same model lineup continues without any significant changes. However, a sign of what’s to come has been presented, as the Chrysler Airflow Concept recently debuted at CES 2022. It has been announced that the marque’s first EV will arrive in 2025 and that the entire lineup will consist of EVs by 2028. Here’s what to expect from the Chrysler brand in 2022.

The Chrysler Pacifica minivan received a mid-cycle refresh for the 2021 model year, so things are pretty quiet for 2022. The Pacifica is available in Touring, Touring L, Limited and Pinnacle trim levels, equipped with a 287-horsepower 3.6L V6 matched to a nine-speed automatic transmission, and AWD is optional. This year, Amazon Fire TV is offered though the on-board Wi-Fi hotspot, allowing rear-seat passengers to stream videos and play games, among other things. A new paint colour called Silver Mist is now available, an air filtration now comes standard, as is a rear seat reminder system, heated front seats and a heated steering wheel. The Touring L gets park assist and a 360-degree camera system, while the range-topping Pinnacle adds a trailer tow group. 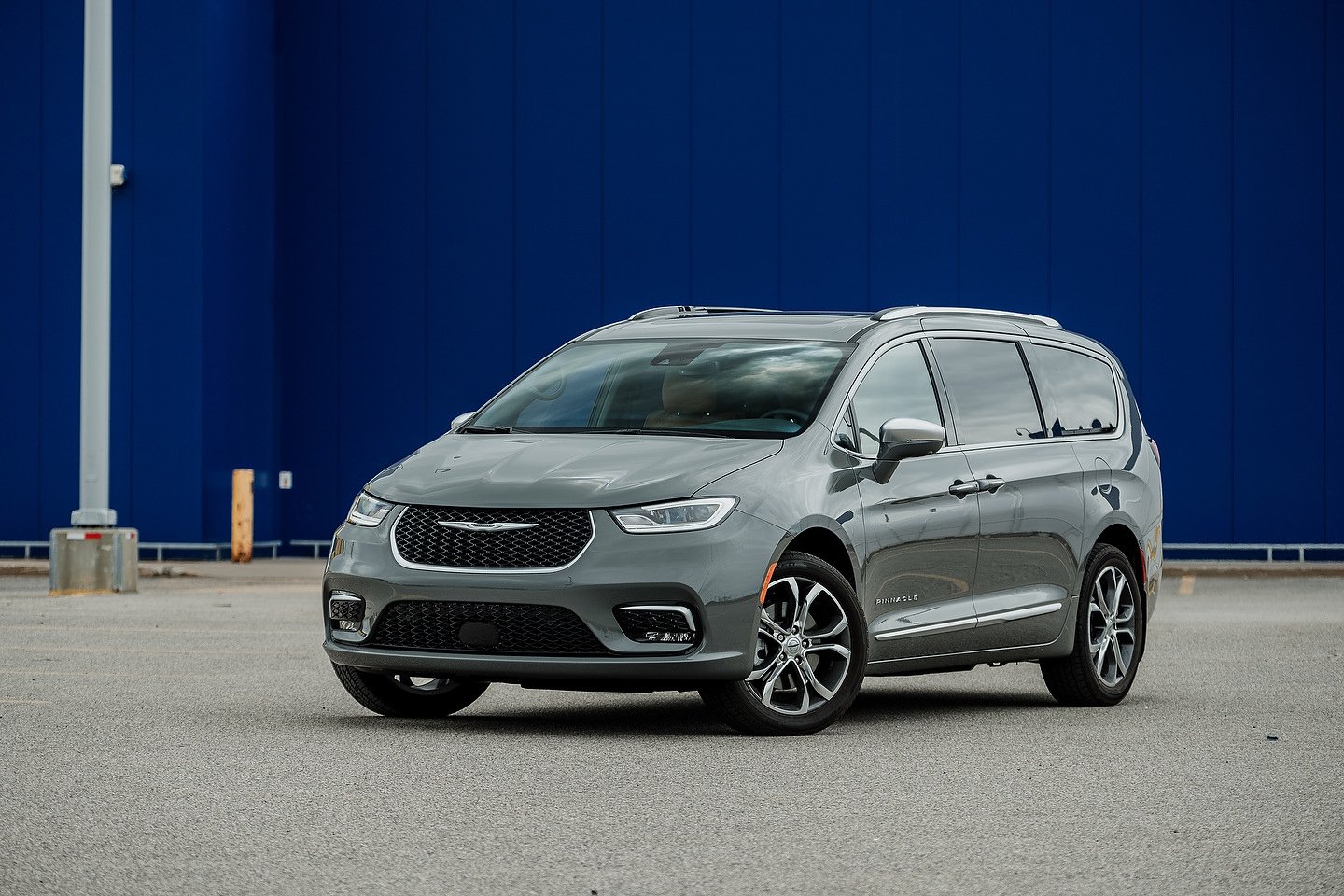 Meanwhile, the Chrysler Pacifica Hybrid combines the V6 engine with an electronically controlled automatic transmission that integrated two electric motors, producing a combined 260 horsepower. The plug-in hybrid powertrain also offers a driving range of up to 32 miles or 51 kilometres. The Pacifica Hybrid also received a redesigned exterior and the technological enhancements as its non-hybrid counterpart in 2021, but can’t be equipped with AWD or Stow ‘n Go. A luxurious Pinnacle for the PHEV minivan is now offered as well, joining the Touring L and Limited trims. 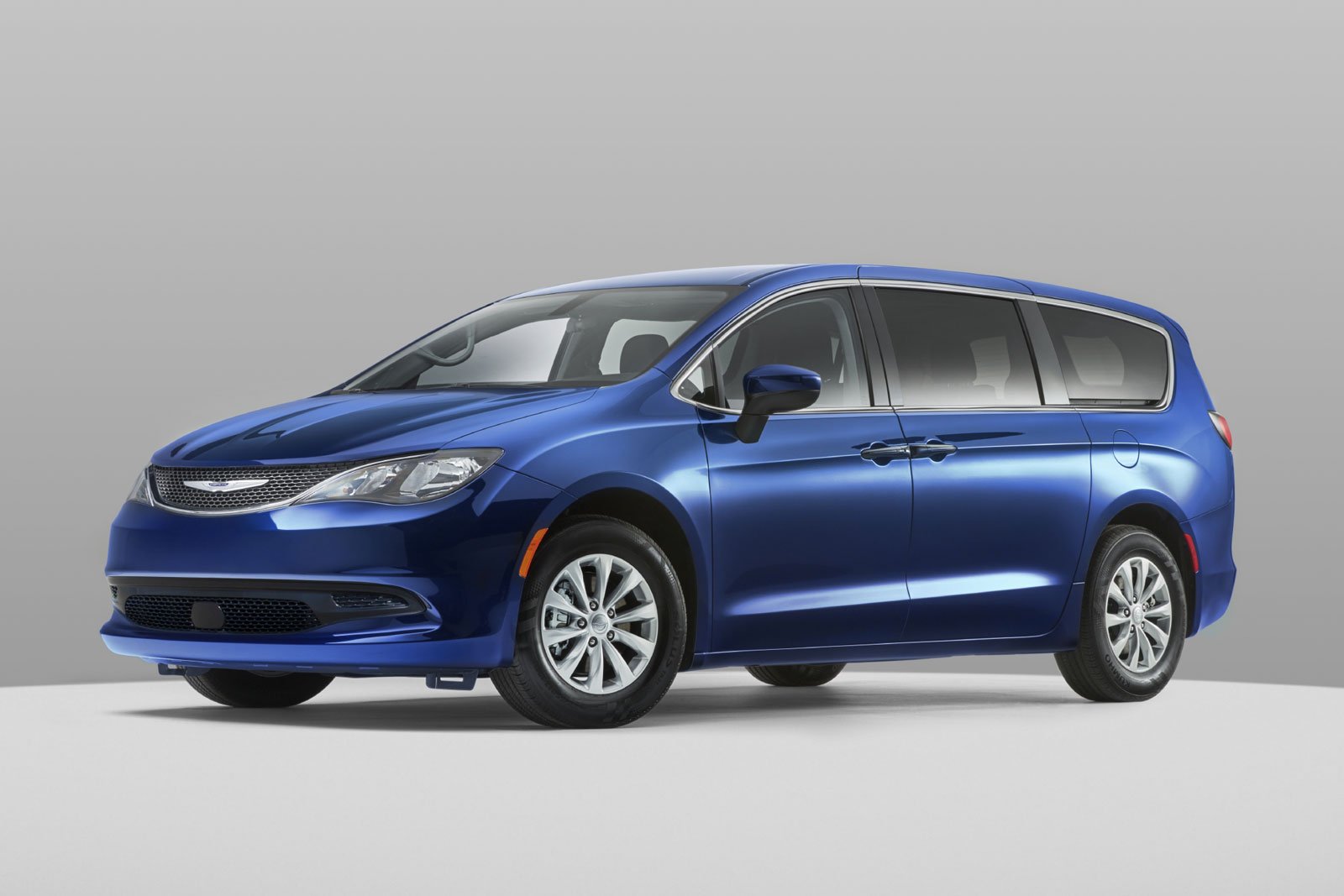 At the lower end of the price spectrum, the U.S.-market Chrysler Voyager retains the styling of the pre-2021 Pacifica, but with a new texture for its black lower grille, and fills the role as the affordable minivan model for the brand. Like the non-hybrid Pacifica, the Voyager features a 3.6L V6 good for 287 horsepower, matched to a front-wheel drivetrain only. The 2022 model year is now reserved for fleet sales only. 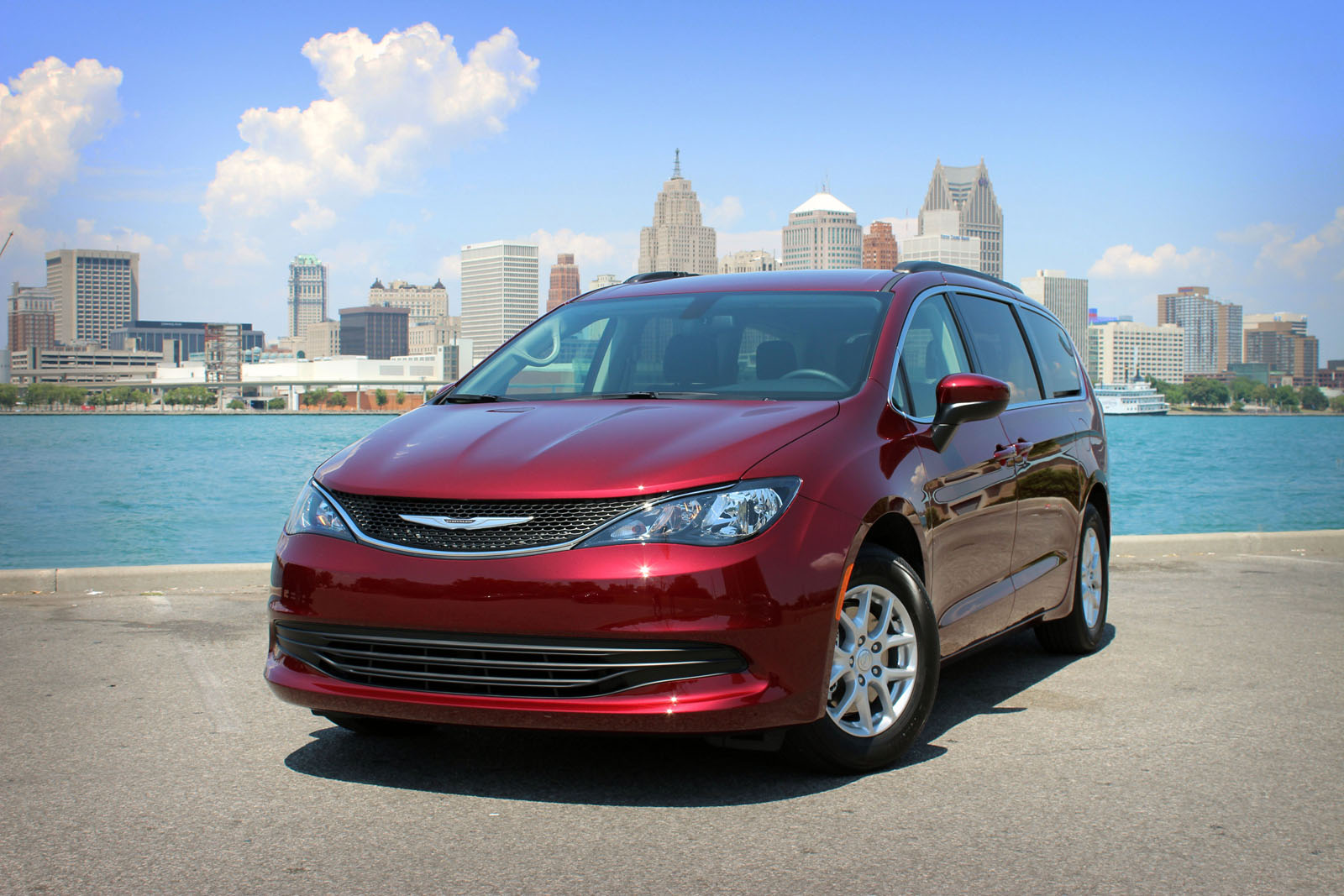 In Canada, the price-leading minivan isn’t called the Pacifica, but the Chrysler Grand Caravan, as FCA views the ex-Dodge nameplate as having strong brand recognition in the northern country. It’s essentially very similar to the Voyager, available in one trim level for 2022 and powered by a 287-hp 3.6L V6. This year, the standard feature list now includes SiriusXM satellite radio (with a trial subscription), a six-speaker system with Active Noise Cancellation, the automaker’s Uconnect 5 infotainment system, and an air filtration system. Silver Mist is a new paint colour, and an option package rounds up a bunch of advanced safety features, SiriusXM with 360L and a bigger 10.1-inch touchscreen. 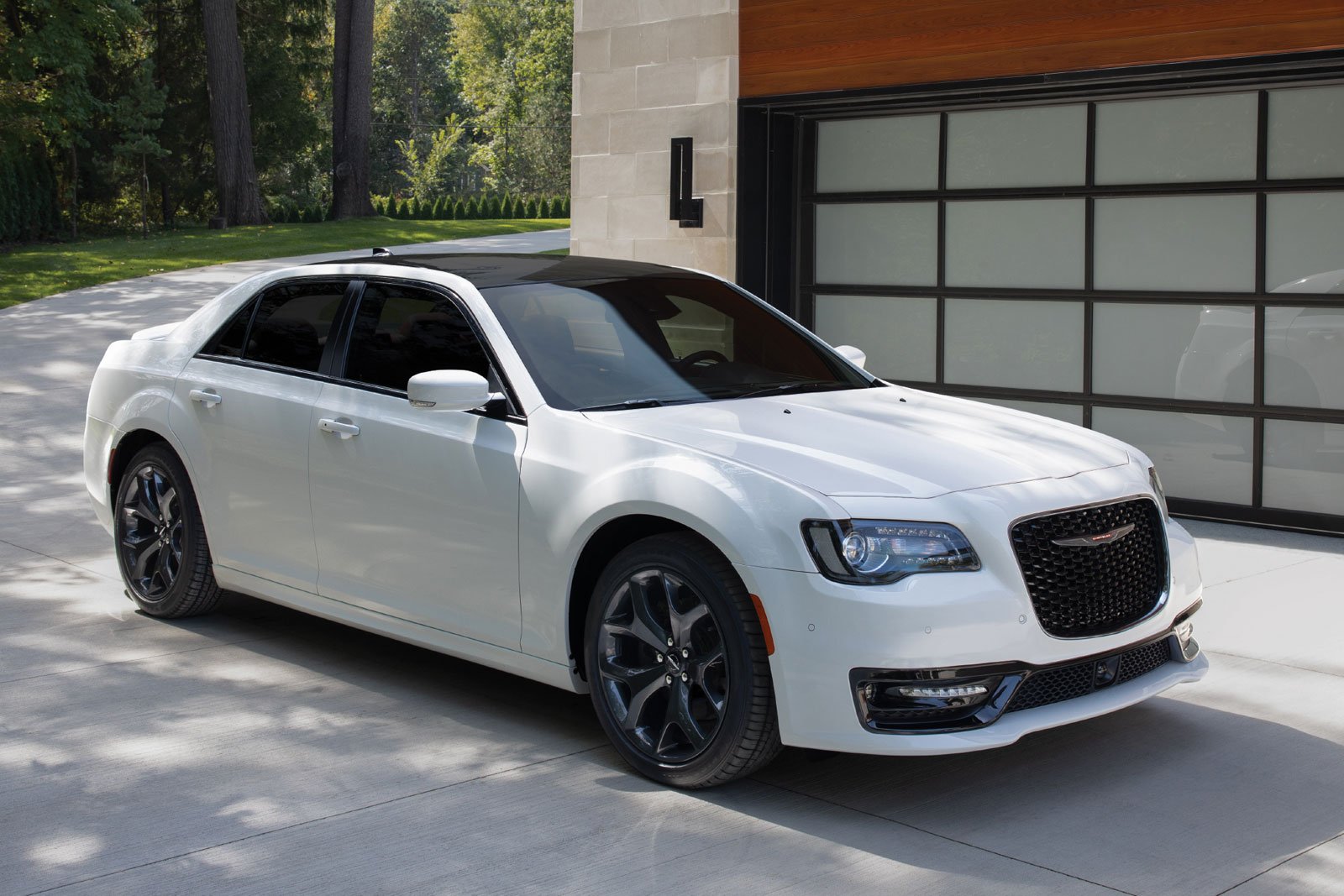 The Chrysler 300 is still around, with a lineup consisting of Touring, Touring L and 300S trims. The base variant gets more standard features and a Sport Appearance kit with black badging, 20-inch black alloy wheels and more. Meanwhile, the 300S gets standard navigation, a dual-pane sunroof and a nine-speaker stereo. An air filtration system is now included in every 300, and there’s a new security alarm on the options list. The 300 is equipped with a 3.6L V6 developing 292 horsepower, matched to an eight-speed automatic transmission and either RWD or AWD. The rear-drive-only 300S serves up 300 horsepower, but the V6 can still be swapped for the 5.7L HEMI V8 that belts out 363 horsepower.

The concept is based on the PPE platform. Could Audi build a true offroad EV 4x4? The concept transforms into a pickup truck.   Audi...
Read more
Previous articleMINI 2022 Lineup: Models And Changes Overview
Next articleFuture Lexus RC Will be a Race Car in Street Clothing