News Could Chrysler follow Plymouth to the great MOPAR cemetery in the sky?

Could Chrysler follow Plymouth to the great MOPAR cemetery in the sky? 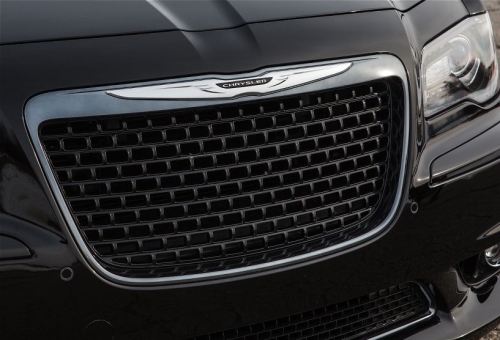 As in, get axed? It seems as though an announcement could be made as early as Friday, June 1st, to that effect. It seems impossible that the company that will always be known as “Chrysler” to most people 40 years of age and older live on as anything but. Fiat Chrysler Automobiles CEO Sergio Marchionne will be sharing the future product roadmap Friday.

For a few years now, many members of the automotive media, ourselves included, have wondered how or even why FCA would keep the “C” alive. With the death of the 200 less than two years ago, the Aspen in 2009, and a number of Lancia/Chrysler crossover badge-engineered cars like the Delta and the Ypsilon, the Pacifica and ageing 300 are insufficient to keep any single brand alive.

The concept of dropping the 300 and rebadging the Pacifica a Dodge almost seems to logical and cost-efficient not to follow through.

The Prologue will arrive on the market for the 2024 model year This SUV was co-developed with General Motors It will be sized...
Read more

2.3L Bronco gets 30 hp boost Warranty-keeping tune for V6 available too If you're a buyer who thought that a four-cylinder Ford Bronco would...
Read more

Just when you thought the Ford Bronco couldn't get any more badass, Hennessey Performance goes and reveals its latest creation - the VelociRaptor 500...
Read more
Previous articleTesla Model 3 goes 606 miles on a single charge!
Next articleA tour of the Petersen Museum

The Coupe and Cabrio versions will likely not be renewed Only the Gran Coupe could return for the next generation, with an electric...
Read more
News

The Project Arrow is set to be Previewed on October 19

This vehicle is made of entirely Canadian parts supplied by the Automotive Parts Manufacturer Association (APMA) The concept will not be finished at...
Read more
News

Toyota BZ4X and Subaru Solterra: A Fix has been found for the Recall

Both EVs are recalled due to a problem with wheels falling off Engineers didn’t take into account the additional weight and torque of...
Read more
News

The Prologue will arrive on the market for the 2024 model year This SUV was co-developed with General Motors It will be sized...
Read more
News