News Could Small Cars Make A Comeback As Commuters Shy Away From Public...

Could Small Cars Make A Comeback As Commuters Shy Away From Public Transit? 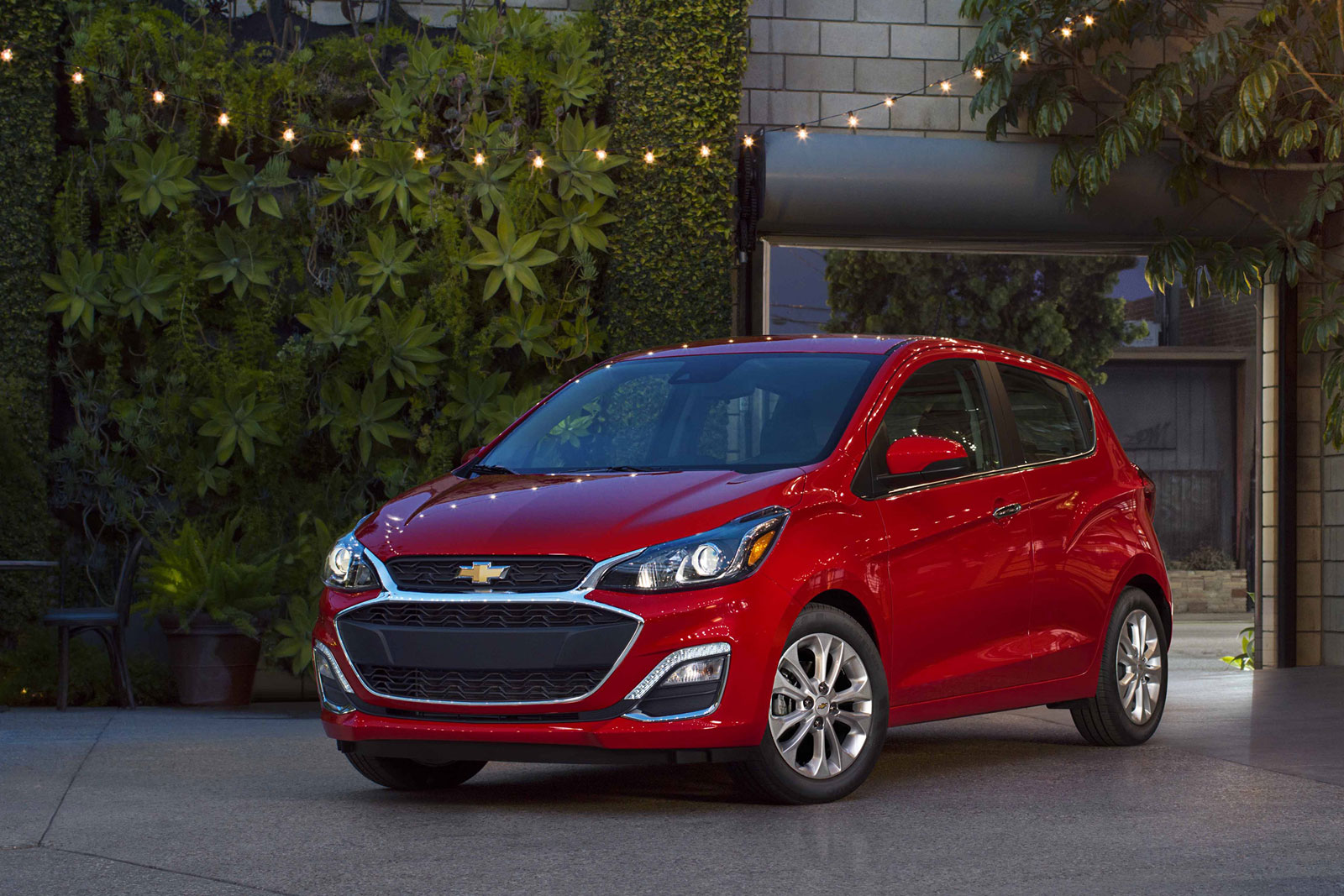 A number of commuters will now be driving to work instead of taking using public transportation.

Needless to say, the COVID-19 pandemic has changed our lives, and although we’re all anxious for things to get back to normal, that will take some time. During the confinement period, public transit ridership dropped 80 to 90 percent in certain metropolitan areas, and business is slowly rising as commuters are returning to work.

Yet, the fear of contracting the novel coronavirus is still very present. Obviously, wearing a face mask and washing our hands regularly are strongly recommended, but will commuters feel safe again riding the bus, the train or the subway?

The COVID-19 Effect: Carmakers Are Adjusting Their Focus

We’re still relatively early in this health crisis to draw real conclusions, and although many countries had to deal with the deadly virus, a second wave of infections can’t be overlooked—it’s actually happening in the southern part of the United States.

In May 2020, Automotive News published a report stating that in various parts of the world such as London, Beijing and Frankfurt, people are turning to driving instead of taking public transit, some individuals even saying that they prefer spending an hour sitting in traffic than being exposed to crowds for half an hour. And there are companies who are calling their employees back to work, but are asking them to avoid public transportation at all costs.

In Canada, a survey published by the Toronto Transit Commission in June revealed that 41% of customers indicated they will resume using public transit like before, but 47% will decrease frequency, and more importantly, 10% of customers will not take the TTC again. Since more than 1.6 million passengers ride the commission’s bus, rail and subway lines each day, that’s roughly 160,000 people that will seek other ways to get around. However, we can safely assume a significant portion will now work from home.

As such, will automakers see an increase in vehicle sales to the detriment of public transit? Again, it’s difficult to calculate right now, as car shoppers have only been returning to dealerships these past few weeks. Households might now need to purchase a second vehicle for the commute to work, and we can suppose that many of them will choose a small, affordable car—transportation that will have to cost as closely as possible to what public transit does. Which automakers in Canada are ready for this newfound clientele?

We asked them if they were monitoring the situation, and also if the COVID-19 pandemic will shift their product strategy in Canada over the next few years. Some have answered, and as usual, no one is at the liberty of discussing future products. However, it’s important to know that many brands have abandoned the small passenger-car market in favour of costlier crossovers, due to the strong consumer demand.

“Based on market predictions, Subaru Canada is not expecting a shift from the current crossover and SUV rise. This part of the industry is still expected to be the largest part in the next few years and current fuel prices support this trend,” said Julie Lychak, Public Relations Manager for Subaru Canada. The Japanese brand’s most affordable model is the Subaru Impreza, which starts at $19,995 before freight and delivery charges. It also happens to be the least expensive all-wheel drive vehicle in Canada.

“We are aware about these studies and will be closely monitoring the evolution of the Canadian market in the coming months,” answered Roxane Barry, Product Communications Planner for Nissan Canada. “We announced that we are engaging in substantial investments to present 10 new products over 20 months. We just presented the new 2021 Nissan Rogue […] which will hit Canadian showrooms this fall, right after the Nissan Versa, and the new Sentra which was presented earlier this year.” Pricing for the 2021 Nissan Versa sedan hasn’t been announced as these lines are being written, but we’re expecting a base price of roughly $17K. The redesigned Sentra starts at $18,798.

Over at General Motors, commuters who are choosing a car over public transit can check out the most affordable car in Canada, the Chevrolet Spark, which starts at a low $9,998 before freight and delivery charges—or $14,298 with much-needed A/C. “Our focus is on delivering the products, parts and services that our customers rely on, especially during this uncertain time. In fact, more than ever, consumers are counting on personal transportation to help them meet their needs. Our dealers stand ready to help customers with their sales service needs,” said Philippe-André Bisson, Product Communications Manager for GM Canada.

Mitsubishi Motors Sales of Canada Public Relations Manager Michelle Lee-Gracey answered that “Mitsubishi Motors is closely monitoring the state of the industry and buyer behaviour as the COVID-19 situation evolves, including the emergence of a new customer which previously opted for public transportation and ride-sharing options over a new vehicle purchase. While March and April were certainly unusual months, we have seen a marked increase in Mirage’s share of the competing segment, which is a positive sign.” The 2020 Mirage hatchback starts at $12,298 and includes automatic climate control.

“As you can no doubt imagine, we are well positioned for an increase in interest in small/affordable transportation. While the Hyundai brand has been undoubtedly moving upmarket over the past few years with offerings like the Santa Fe, Palisade and the Genesis brand, we still offer vehicles that are perfect for first-time buyers and city dwellers,” stated Jean-François Taylor, Senior Product Public Relations Specialist for Hyundai Canada. “Our product portfolio is well positioned in this respect with Accent, Elantra, Venue and Kona. IONIQ is also well positioned for those with green/eco concerns.” The Accent starts at $14,949 before freight and delivery charges, or $17,699 with air conditioning.

“The notion that people will ‘shift’ out of public transportation and into private vehicles is an interesting one, and is certainly being considered by Volkswagen Canada,” said Thomas Tetzlaff, Public Relations Manager for the German brand. “However, such activity will be extremely difficult to quantify, and most customers will not tell us (or anyone else for that matter) that they specifically bought a vehicle simply to avoid using public transit.” He adds that market shifts could occur on both sides, as some people might alter their driving patterns or switch to a home office. “As you can see, there are plenty of variables that could have both a positive and negative impact on our industry.” The brand’s most affordable model right now is the Volkswagen Jetta which starts at $21,245.

So, will North American car buyers change their purchasing habits, and will more commuters switch from public transit to driving their own automobile? We should have a better idea on the situation in a few months.

400 stores allowing sign from home instead of sign-at-desk Plus no more pages of endless 0-10 questions after sale Volkswagen of America is working...
Read more

Fastest-selling new vehicles are nearly all new or recently renewed models. The number of days to sell a new vehicle has increased by...
Read more

The Kandi Model K23 is bigger than the Model K27. Both cars are fully electric, with driving ranges of 188 and 100 miles,...
Read more

The powerful sports car smashed into Cafe in South Africa. Apparently, the cause was a mistaken accelerator prod, instead of the brake pedal. ...
Read more
Previous article2020 Alfa Romeo Lineup: More Premium Touches, Same Impressive Performance
Next articleChevrolet Sonic And Toyota Yaris Departures Could Signal The End Of The Affordable Car Market

The first customers of the Bugatti Divo have taken delivery of their car. Each Divo built undergoes a five-hour, 300-km test drive before...
Read more
News

The powerful sports car smashed into Cafe in South Africa. Apparently, the cause was a mistaken accelerator prod, instead of the brake pedal. ...
Read more
News

Xpeng is a promising Tesla rival. It has filed for a listing on Wall Street. Deliveries of its P7 began last month. It...
Read more
News

Nearly 30x increase in value for the supercar of the 1990s Just 64 F1s built, most remaining, few for sale If you've just seen...
Read more
News