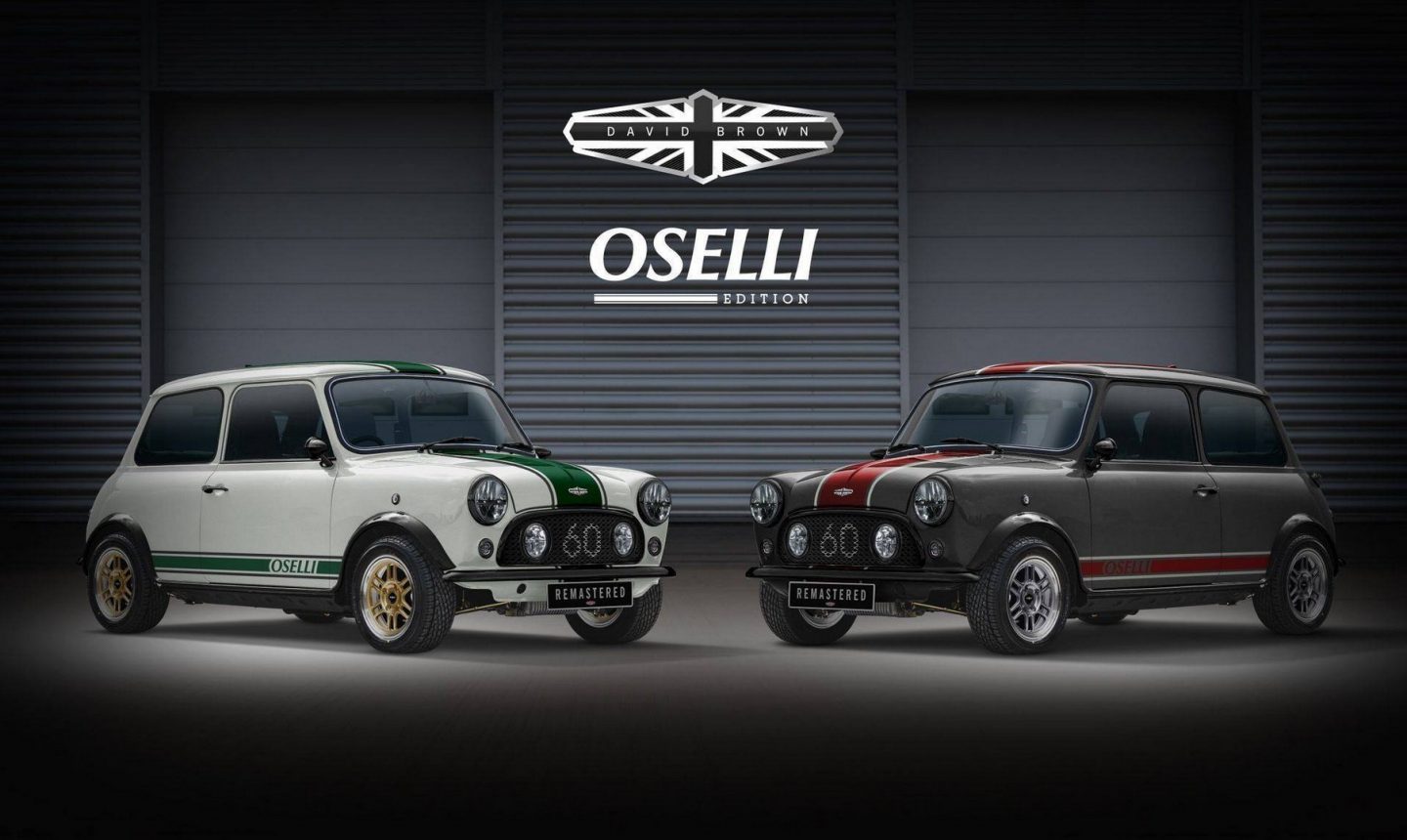 David Brown Automotive has just given out more details about what might be the mightiest Mini to come along in years. The Oselli Edition takes the classic Mini, performs a complete restoration, and then adds a seriously healthy dose of performance including an even larger engine. Though it comes at a hefty price for the by-commission car.

The company, whose owner shares a name and nothing else with the DB of Aston Martin fame, has partnered with Oselli, a British company that has been modifying and improving UK cars since 1962. Since 2017, DBA has been restoring original Minis in a 1,000-hour process that boosted power and came with a new steel bodyshell with modern rust protection.

The Oselli Edition, limited to just 60, punches out the 1,275CC A-series engine to 1,450 and adds twin SU carbs along with some other performance upgrades. Those upgrades include a five-speed manual, and while power figures haven’t yet been revealed, expect it to be enough to shock anyone who has driven a standard car.

To go with, Oselli and DBA have added upgraded brakes and suspension components, including wheels and tires in a massive (for a Mini) 13-inch size. Two and four-seat configuration cars are available, with the former getting bucket seats and a roll cage for the rear, showing that the car is designed and ready for the race track.

“We are very pleased to have the first examples of Mini Remastered, Oselli Edition almost ready to hit the road – or the racetrack,” said Marketing Director Michelle Gay. “Alongside our engineering partner, Oselli, we are committed to making sure this performance version of Mini Remastered is the complete package, so alongside challenges around the pandemic, this model has been in planning for longer than usual, but only to allow us to perfect the ultimate race-ready city car package.”

The company had filed patent images for a pickup in 2020 Since a special tax on imported trucks still applies in the US,...
Read more
Previous articleNew, More Strict EPA Emissions Rules Almost Ready
Next articlePolestar Announces Goal of Carbon Neutral Car by 2030