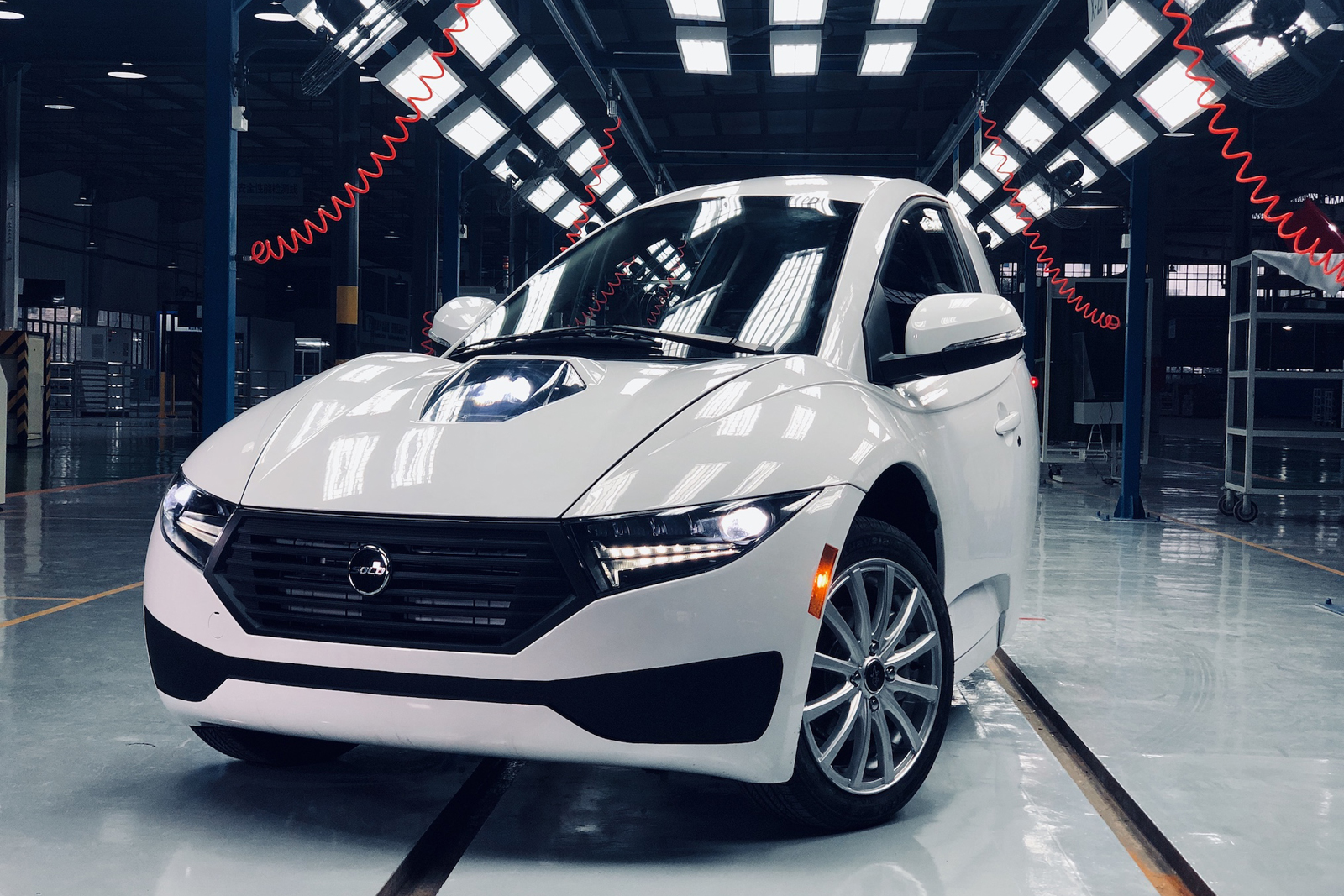 The single-seater EV will hit the Los Angeles market first.

Production of the fully-electric Electra Meccanica SOLO is officially about to start, and according to the Vancouver-based company, the first units will go on sale this summer in the Los Angeles area.

Volkswagen Auto Group Is Working On A Budget EV Project

This single-seater, three-wheeled urban runabout is equipped with a liquid-cooled electric motor that develops 53 horsepower along with 94 pound-feet of torque. Thanks to its curb weight of only 1,710 pounds (776 kilograms), the Electra Meccanica SOLO can zip from 0 to 60 mph in roughly 10 seconds. Top speed is pegged at 80 mph (128 km/h), which is more than enough for city driving and highway stints. 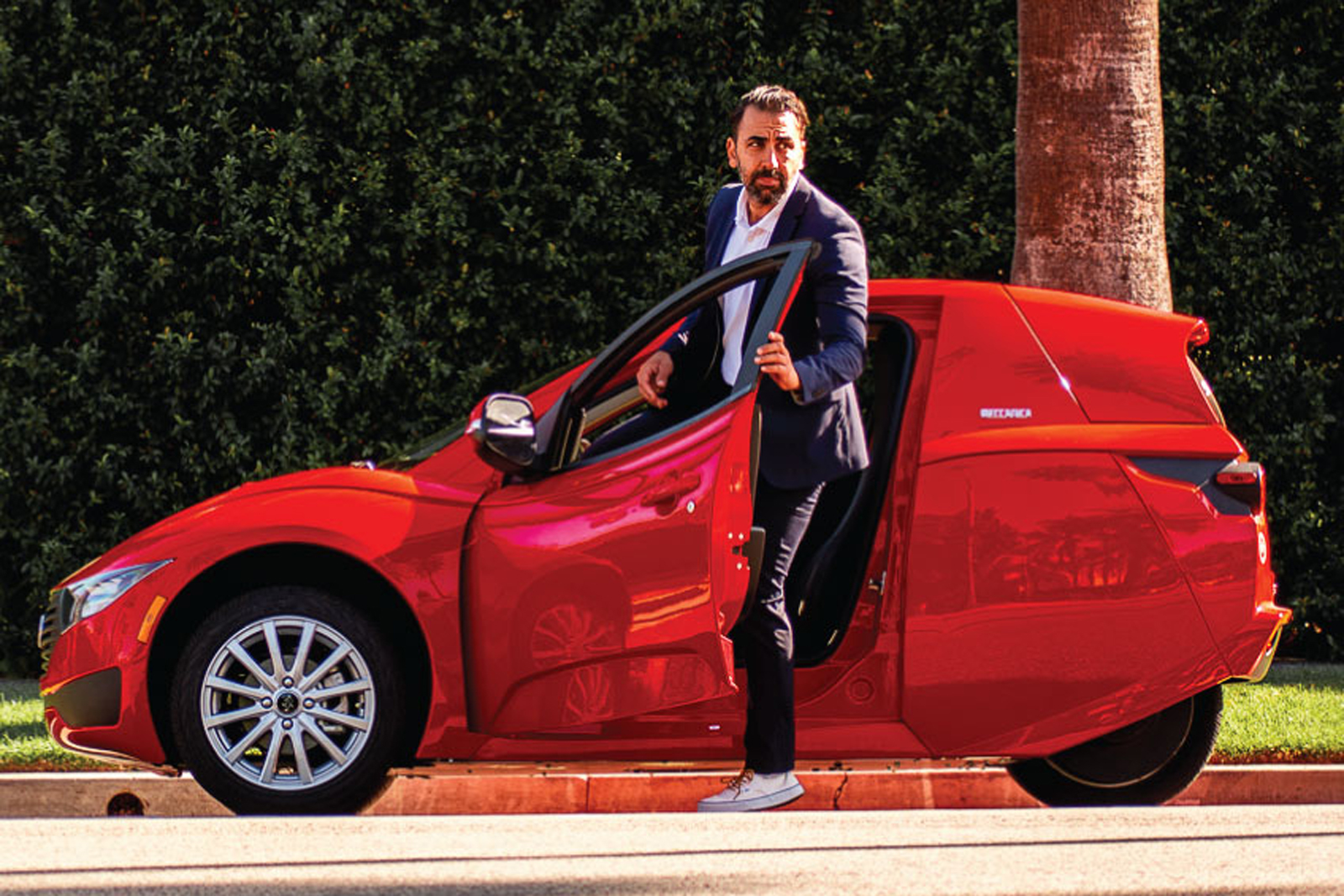 Power is sent to the single rear wheel, wrapped in a 215/40R16 tire, while the car gets 135/70R15 rubber up front. Power disc brakes and electric power steering are fitted as standard. The liquid-cooled, 17.3-kWh battery pack provides a driving range estimated at up to 100 miles (160 km), and can be fully charged in 4 hours using a 220-volt station. Owners can also use a 110-volt outlet for a 60% charge in about 8 hours.

The Electra Meccanica SOLO’s overall length is 122 inches (3,099 millimetres), about halfway between that of the Fiat 500 hatchback and the smart fortwo—the cars that exited the North American market after the 2019 model year. The SOLO’s width is set at 57.5 inches (1,461 mm) with a 53-inch (1,346-mm) roofline. Behind the driver’s seat is a cargo area with a volume of 5 cubic feet (142 litres), big enough for a few grocery bags. 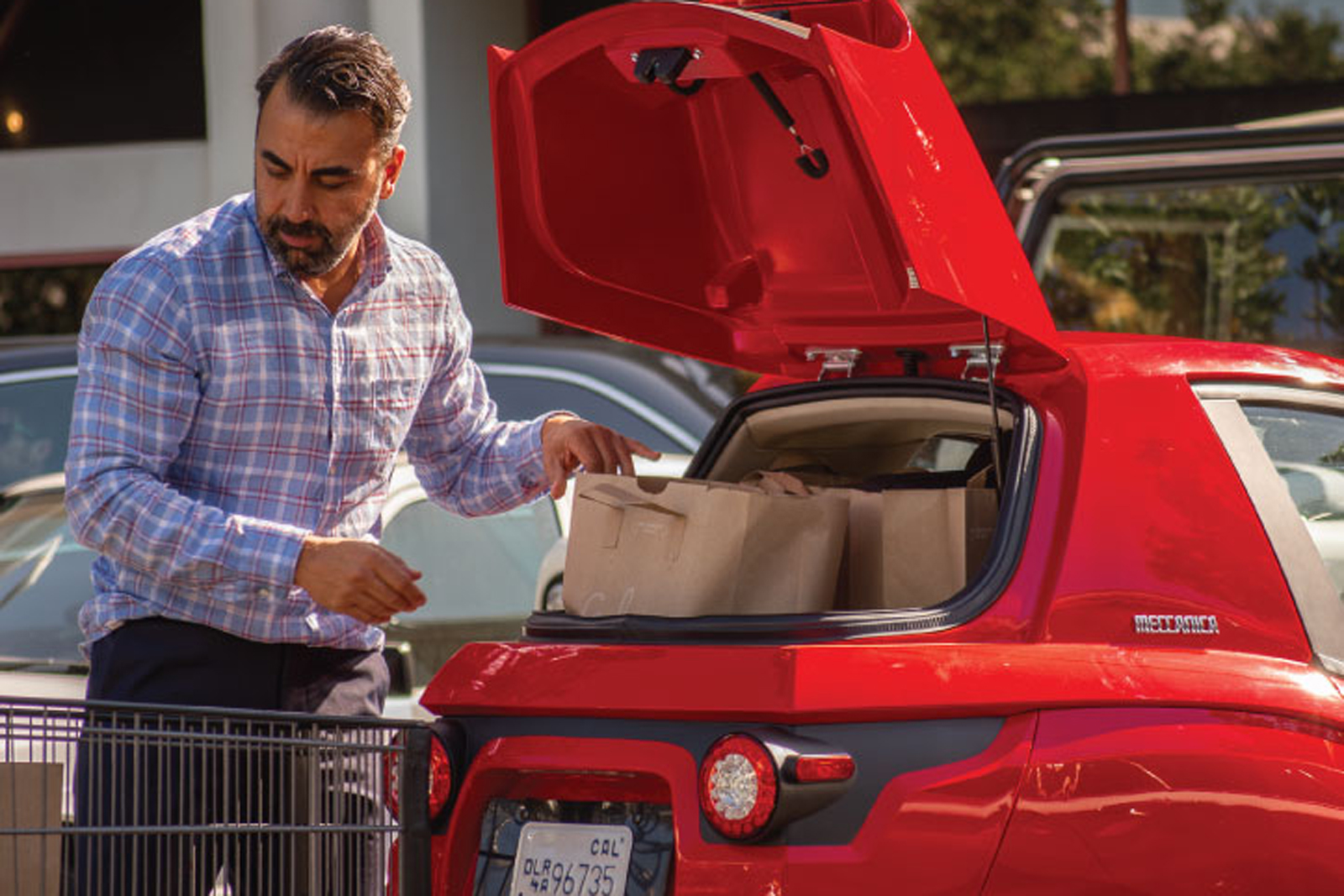 The SOLO will be equipped with an LCD instrument panel, keyless entry, power windows and heated mirrors, a heated seat, a rearview camera, air conditioning, LED headlights as well as a sound system with Bluetooth connectivity and a USB port.

Through a strategic partnership with motorcycle manufacturer Zongshen, the Electra Meccanica Solo will be built in China and exported to various markets worldwide. The company is targeting the Los Angeles area first, followed by other states and countries thereafter, and a U.S. plant is also in the works, which would assembly knock-down kits provided by Zongshen. 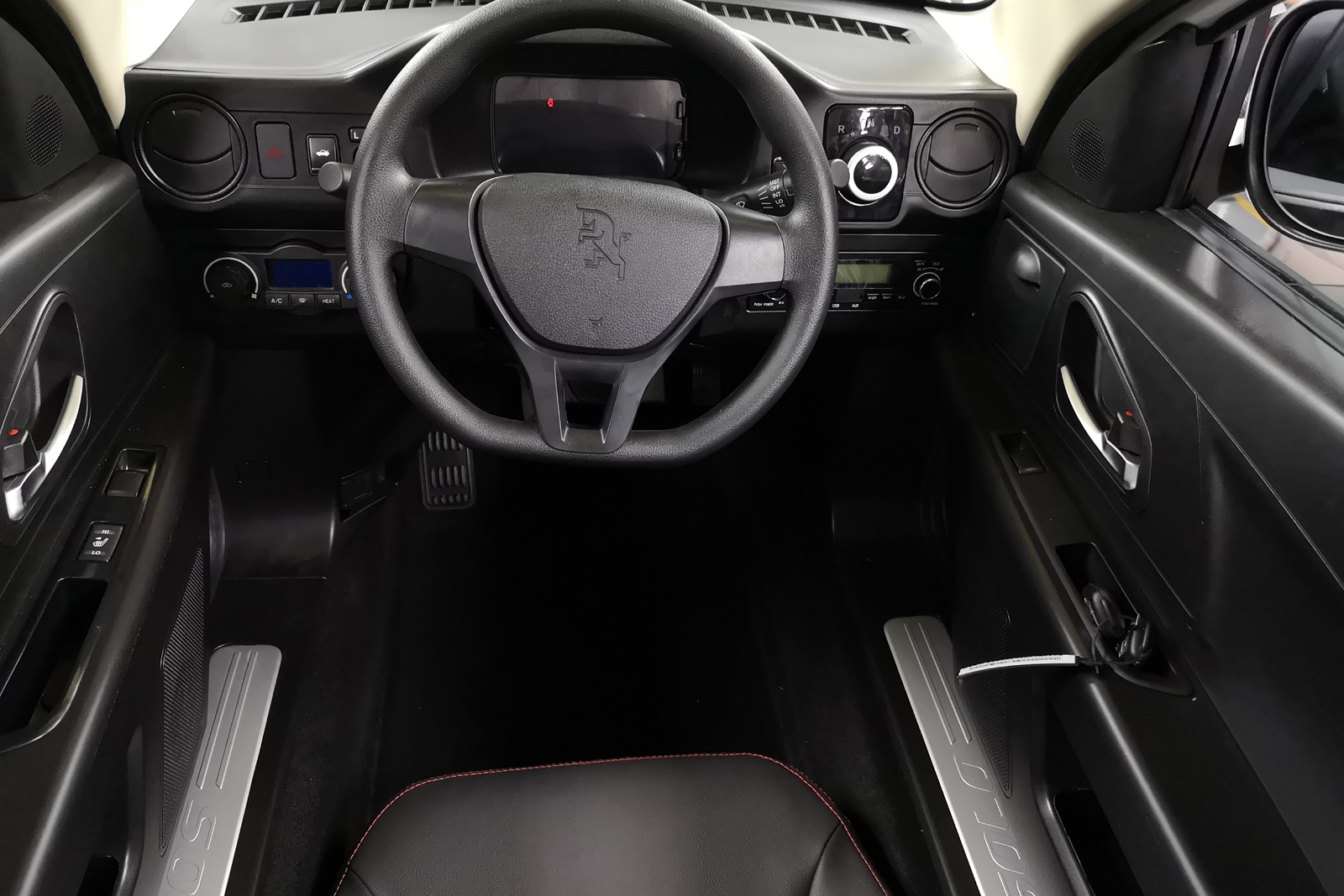 The Electra Meccanica SOLO will retail for USD$18,500, which is more than the $15,500 that was initially announced back in 2018, when the emerging manufacturer claimed to have received more than 23,000 pre-orders. About 50 pre-production units were manufactured in 2019, and now, it’s time to start mass production.

The company flaunts the Electra Meccanica SOLO as being safer than a motorcycle, and more affordable and purposeful than conventional electric vehicles like the Chevrolet Bolt EV, the MINI Cooper SE and the Nissan LEAF. It estimates that 76% of drivers that commute to work are alone in their cars and travel an average of 32 miles to work and back. In addition to consumer buyers, the SOLO should attract commercial business for ride sharing as well as fleet and delivery purposes.

Electra Meccanica is planning to eventually follow up with a performance two-seat EV roadster called the Tofino, which should blast from 0 to 60 mph in 5 seconds and deliver a driving range of about 250 miles (400 km). The Tofino would start at USD$50,000.

The company’s CEO said the Spectre EV received “far more” orders than expected. Full details for the EV have yet to be announced...
Read more
Previous articleVolkswagen Auto Group Is Working On A Budget EV Project
Next articleAre Canadian Auto Journalists Better Than American Auto Journalists?