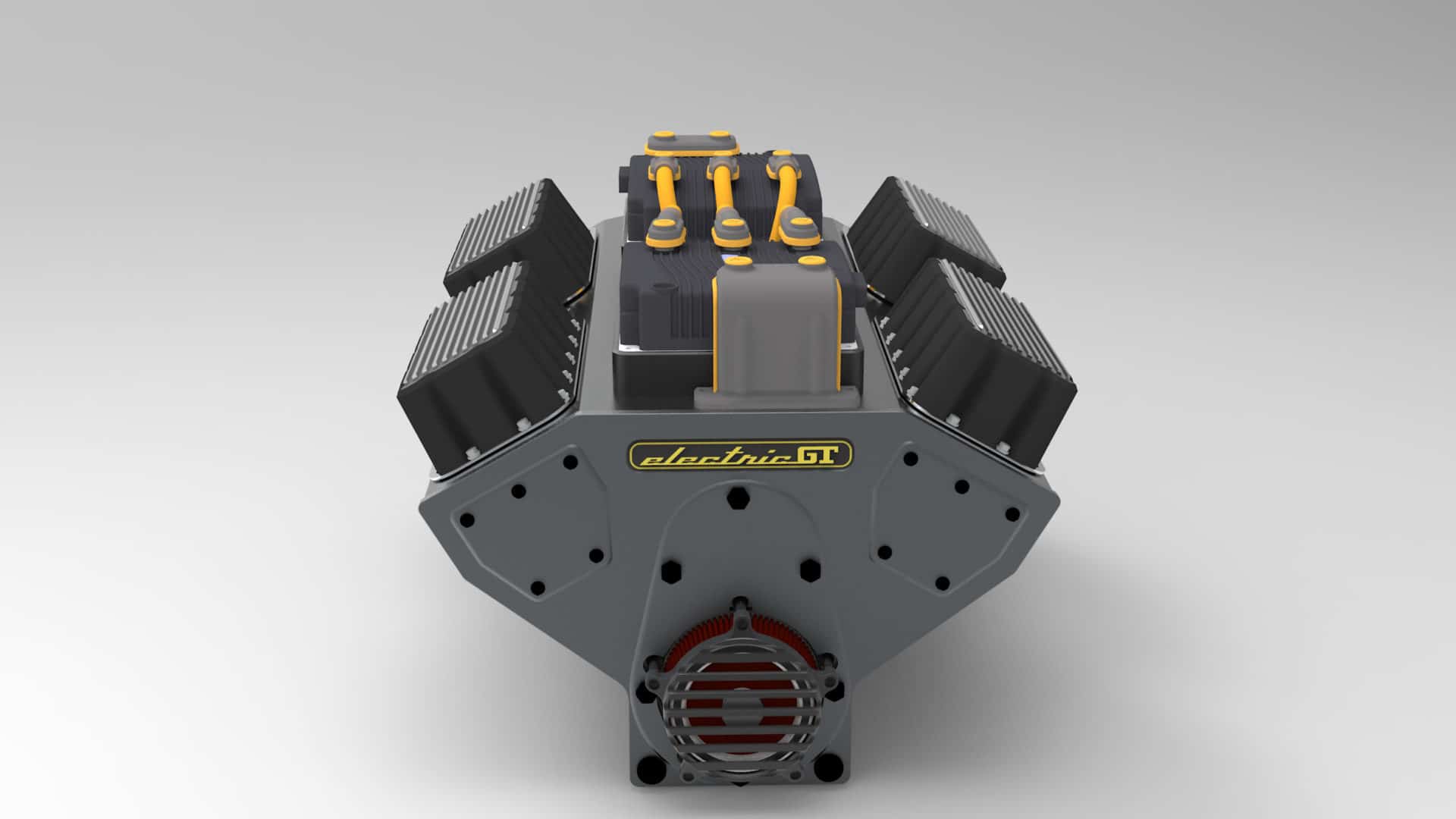 Swapping an engine for a more powerful one isn’t a new thing. We’ve even seen many a internal combustion engine swapped for an electric motor.

Now, California-based Electric GT is taking it one step further by creating a swap-ready, crate electric motor that looks like a big V-8 engine in order to convert big block enthusiasts to electrification.

Electric GT has been testing its crate electric motor using a 1970 Toyota Land Cruiser called TLC Build. This isn’t Electric GT’s first build, either. The company built an electrified Ferrari 308 a few years ago that had its V-8 engine replaced with an electric powertrain.  The company’s goal is to create an all-in-one engine swap solution for builders wanting an electric engine that doesn’t look like an electric engine. =

The package would include everything that’s needed to setup the electric motor with the exception of the battery pack. Customers would just need to attach various harnesses and install the battery, a process that the company says would be a lot faster than typical engine swap projects.

The electric engine measures 34 inches long which is a bit longer than a regular GM small-block V-8. Electric GT says that with some tweaking the owner can connect the vehicle’s original gearbox and drivetrain. The Land Cruiser project built by Electric GT retains the orignal all-wheel drive system.

Although we don’t yet know the price of Electric GT’s new electric crate motor, but we like where the company is going. The engine looks great and if it’s as easy to install as its builder says, we’re thinking there will be quite a bit of interest.

Mazda introduces the all-new 2024 Mazda CX-90, its newest SUV with available plug-in hybrid technology   The new Mazda CX-90 will offer two engines including...
Read more
Previous articleHummer Electric SUV May Be Coming
Next articlePorsche Says It Must Go Beyond Cars To Survive Long-Term