News Electric Ford Bronco Has a Special Kind of Appeal

Electric Ford Bronco Has a Special Kind of Appeal

Zero Labs has a very unique take on the Ford Bronco as we wait to see what Ford has in store.

The upcoming Ford Bronco is going to be one of the most significant new vehicles of 2020 (or 2019 if Ford surprises us this year), but all we have to go on right now are teasers and unconfirmed reports. This electric Ford Bronco by California builder Zero Labs is real and the company plans to commercialize it.

Zero Labs opened its doors in 2015 and specializes in electrifying classics. This electric Ford Bronco doesn’t yet have a name, but there are already plans to build 150 units. The company has laid out the initial specifications for its electrified Bronco and is current taking reservations.

The first thing you notice about the Zero Labs Bronco is that it looks very similar to the first-generation two-door Bronco with subtle variations such as the closed grille up front. The interior is a modern twist on the classic Bronco cockpit. We especially love the stainless steel gear shift lever connected to the five-speed manual gearbox.

Yes, you read that correctly, this electric vehicle has a five-speed manual. It’s connected to a 369-horsepower electric motor powered by a 70-kWh battery that provides 190 miles of range, or about 300 kilometers. Level 2 charging is available but Zero Labs doesn’t provide a time frame for a full charge. Fox suspension, Brembo pistons and an Atlas two-speed transfer case are also included.

We don’t know how much the electric Ford Bronco will cost and neither does Zero Labs as the project is just getting off the ground. If we were in Southern California we could definitely see ourselves cruising the PCH in one of these. 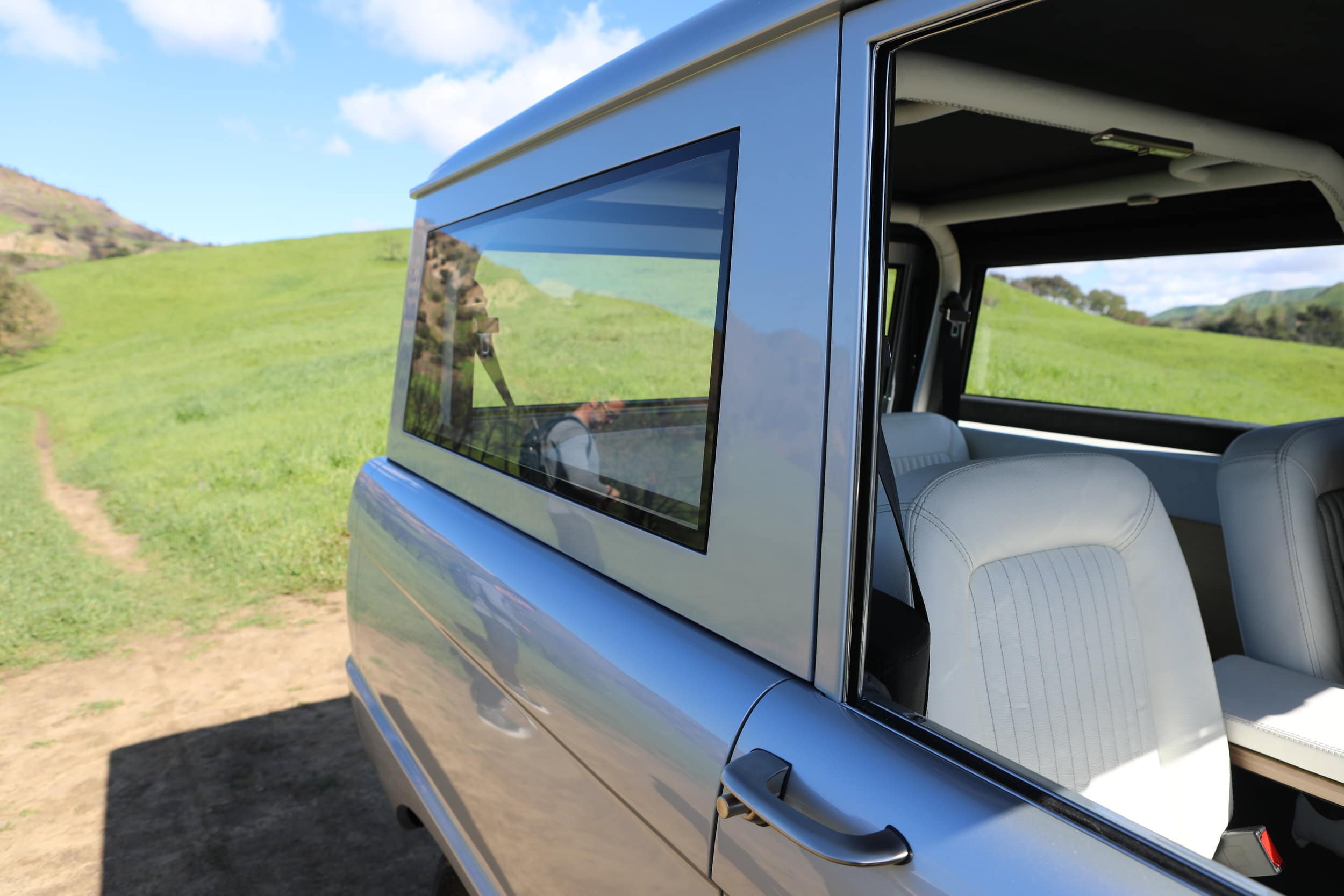 Ford says 80% of Maverick buyers are new to truck ownership. Many of these people previously owned a Honda Civic, a CR-V, or...
Read more

Cadillac Lyriq: Deliveries are Paused due to a Recall

The Infotainment screen can fail to boot up in some circumstances. The problem will be fixed by a software update, but owners will...
Read more

It’s October. The time has come to look at your winter tires Tip: Don’t wait until November to book an appointment or to...
Read more
Previous article5 Questions About the 2020 Toyota Highlander Answered
Next articleNext Audi R8 May Ditch Name and V10 For Three Electric Motors

With the all-new 2023 Nissan ARIYA, Nissan is shaking things up in the EV space. The ARIYA offers a choice of 63 kWh or...
Read more
News

According to US registration data, most EV drivers choose another EV when replacing their vehicle Tesla enjoys very high customer loyalty, with 91%...
Read more
News

Ford says 80% of Maverick buyers are new to truck ownership. Many of these people previously owned a Honda Civic, a CR-V, or...
Read more
News

Red, white, and blue versions of the handcrafted TLX will be offered Each of 300 handcrafted by Acura's NSX techs at Performance Manufacturing...
Read more
News

When it comes to electric cars, one of the main concerns for many drivers is range anxiety - the worry that you won't be...
Read more