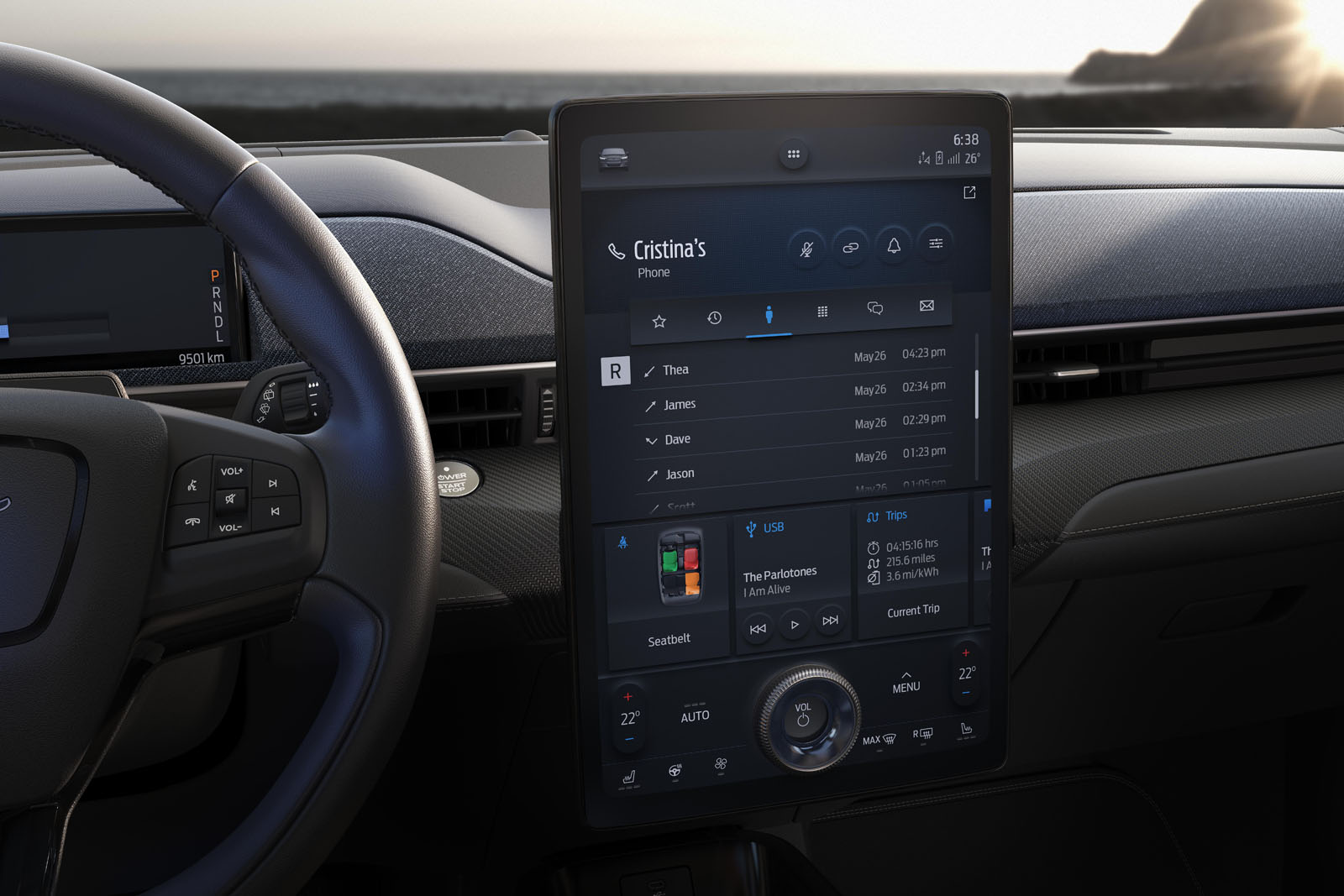 If you’ve taken a close look at the interior of the 2021 Ford Mustang Mach-E electric vehicle, you may have marvelled at the volume knob that looks to protrude from the glass of the infotainment screen. How did Ford design (and economically build) a touchscreen with a hole in it? It turns out that they didn’t.

Instead, says Motor Trend, Ford cheated. Though we’re perfectly ok with what Ford has done in place of taking the risky and tough to implement method of using a “broken” screen surface. And we’re extra happy that they didn’t decide to just skip the knob altogether.

How did they do it? The report says that Ford and the system supplier made a glue-on button. That knob that you see to control the volume simply adheres to the screen’s surface. It’s a massive vertical touchscreen with some glue on the bottom. Instead of the knob being mechanical and turning a switch inside the unit, it has capacitive touch “fingers” on the backside. So the knob simulates your touch as though you were twirling a digital control.

Imagine if you had to trace tiny circles with your index finger to adjust the radio up or down. That’s exactly what the Ford Mach-E button is doing, with a virtual finger on the back.

The report doesn’t make it clear if you could remove the knob for a fully-flush clean look if you were ok with not having the volume control, but we’re sure someone will test it out once the electric crossovers enter customer hands. In the meantime, we’ll marvel at a creative and affordable solution that reminds us of the old (and not exactly accurate) tale of the NASA zero-G pen versus the Cosmonaut pencil.

Here are your options and features for the new Zed car Every Nissan dealer getting one Z to start An alleged Canadian dealer order...
Read more
Previous articleFans Are Hungry For More Details On The Next Subaru WRX STI
Next articleElectric Vehicles Sales Could Jump 50% in 2021