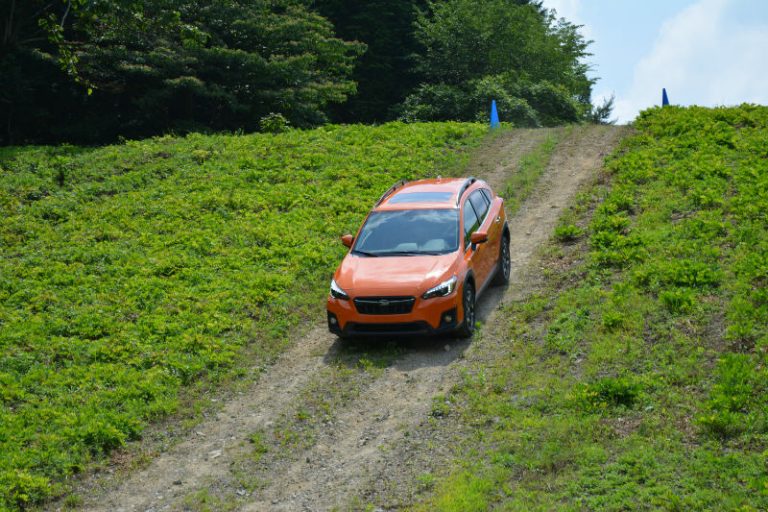 The more I think about it, the more it seems that Subaru’s new Crosstrek might be the closest car to shortly be available capable of bridging nearly all gaps in the automotive world. I write these words keeping one other car in mind, one that I believe could serve as the one car to meet all true needs: the Volkswagen Sportwagen.

Before I go on about the new Crosstrek, a few words on Subaru itself. Sales have consistently been strong over the last decade. Back in 2007, they delivered 16,504 news cars. Last year, they sold just over 50,000, up 7% from 2015. To what do we attribute such success? Product, for the most part, and in the Crosstrek plays a large role here.

Subarus have long since held a reputation for building robust AWD cars with average to better than average reliability. Combined with a unique approach to design, good packaging and strong resale values, Subaru has become a strong conquest brand thanks in large part once more to the Crosstrek.

The new 2018 Crosstrek is in every conceivable way better than the last, and it was good. It begins with Subaru’s global platform (SGP), the same that underpins the new Impreza. Then, onto value with four trims, instead of three, including a new Convenience iteration aimed at offering all the basics for only $23,695, or $1,300 less than the previous base car. 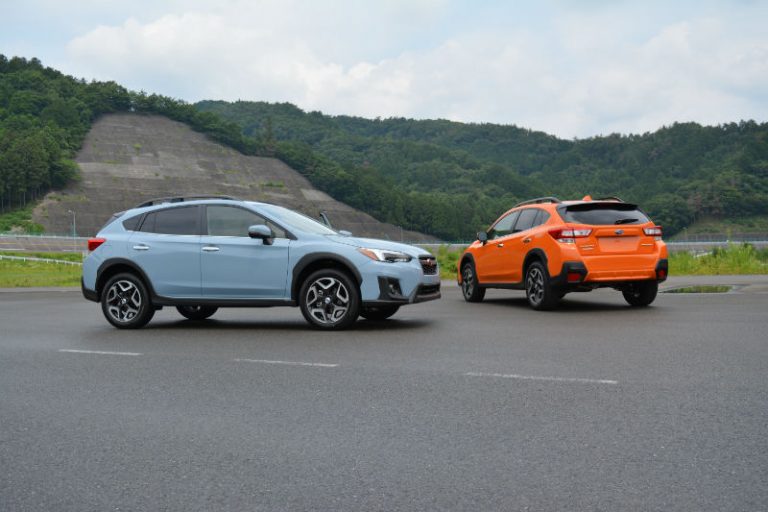 That sum does entitle you to a new 6-speed manual over the previous 5-speeder and a revised 2.0-litre flat-4 cylinder engine. Output climbs slightly but the important piece of news is that, when mated to the overhauled CVT transmission, the Crosstrek’s fuel consumption drops considerably. In fact, on paper, its combined numbers are better than a handful of its FWD (!) competitors. If that’s the kind of performance you are looking for, this car’s for you. If you require a little more vim in you life, you’d probably prefer more gusto under the bonnet, and the 6-speed manual changes nothing. To be honest, the CVT is better suited to the engine and, as a bonus, includes X-Mode.

In this configuration, the Crosstrek crosses over into the dedicated compact crossover segment and beats them all up. The only unchanged aspect is the impressive 220mm (8.7”) of ground clearance. Elements such as the AWD system, steering and suspension are tuned for a healthier driving experience and it shows. With all of these components bolted to the SGP, the new Crosstrek graduates from agreeable to drive to refined.

The new chassis improves rigidity by up to 70% for an enhanced overall dynamic quality. NVH control reaches new heights making the Crosstrek tops in its segment. Part of the driving experience involved high-speed stints at roughly 130 km/h. With only a hint of wind noise, my driving partner and I could effortlessly carry on a conversation. 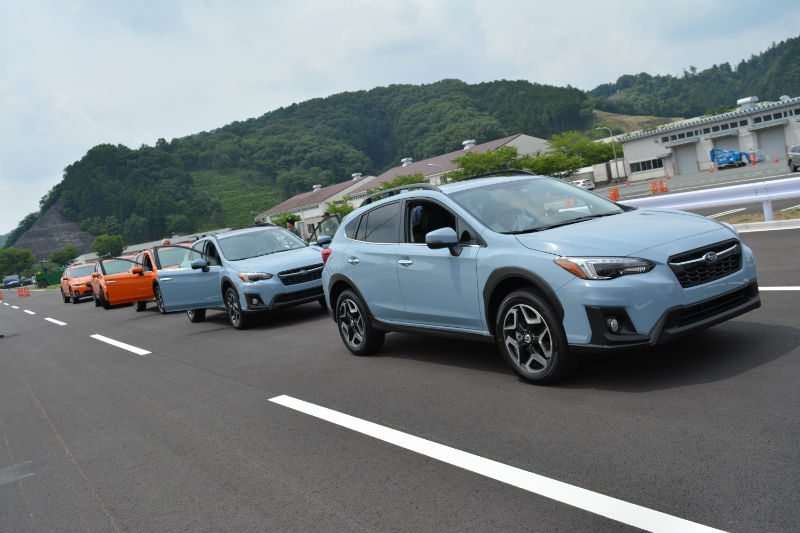 The retuned front and rear suspension and steering ratio are evident at these speeds and in rapid lane changes. The daily driveability of the car is on another level, but this does not affect Subaru’s inherent off-road capabilities. A 40-degree grade was essentially mocked at by the car, which suffered only slightly near the very top where a dab more grunt would have come in handy. The suspension’s travel and damping took a beating on a rapid gravel course; only the worst of the ruts called upon the bump-stops for help.

There’s no doubt that the Crosstrek is Impreza-based but for the 2018 model year, Subaru’s endowed the car with a more distinctive look. Described as Sporty-Casual but Tough and Rugged, the CUV has carved itself a more defined place in Subie’s line-up, much like the Outback from the Legacy. The addition of unique new exterior colours (sunshine orange and cool grey khaki) and specific interior cloth and leather colour combos play well into this strategy.

Perhaps most important of all is that the new platform allows for more leg-, head- and shoulder room. The way the front seats are mounted creates more rear foot-room as well. The wider opening trunk increases versatility providing easier access to the 588 litres of total trunk volume. Key to these numbers is the 30mm longer wheelbase that is offset by the shorter overhangs. In the end, the new Crosstrek is only 15mm longer overall. 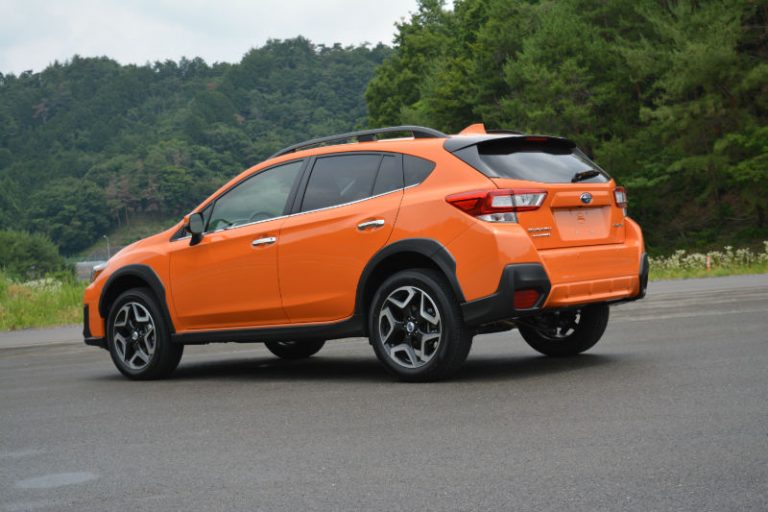 What’s important to retain from the new Subaru Crosstrek is that it is now a highly efficient, truly gifted and versatile road car with very real off-road aspirations. Its level of refinement is now on par with Volkswagen and Mazda, for example, but the value proposition from Subaru is greater. The least expensive Golf Sportwagen with 4MOTION AWD with DSG automatic transmission retails for just over $26k. Its only advantages are a larger trunk and a peppier powertrain.

The new Subaru Crosstrek is a compelling product that will continue to conquer hearts and minds. The car’s newfound sophistication will please even the more discerning consumers.

The automaker Tesla used the day on January 26 to unveil its results for the final quarter of 2021. Unsurprisingly, the U.S. division once...
Read more
Previous articleMercedes-Benz’s Energizing feature is a little weird
Next articleThe 10 most fuel-efficient all-wheel drive vehicles