We always want what we can’t have. Not so long ago, we had no GT-R, STI, R, EVO and no Type R. The last decade and a bit has been good to car and driving enthusiasts and now with the arrival of the Type R, everybody will be happy

The Honda Civic Type R has 20 years of experience under its belt, hitting the road at 8,000+ rpm right around the same time as the beloved Integra Type R arrived in North America. After 2001, Honda all but abandoned its fanatic VTEC followers until now. However, if VTEC is back, the principal may be the same but the workings are different.

This compact super-hot-hatch shod with read “H” logos at either end now sports 2.0-liter 4-cylinder engine adorned with a large single-scroll turbocharger. The combination of 23.2 PSI of boost, direct injection and exhaust valve VTEC technology creates nothing less than 306 horsepower and 295 lb.-ft. of torque, the latter being on tap from 2,500 rpm, and holds to 4,500. Horsepower lands in at 6,500 rpm, just before the redline.

The other news, or not news at all, is that unlike the competition, the Type R drags its rear wheels though on the track, you’d never know it. Normally this kind of power would generate monstrous torque steer which not only screws up a launch but can severely complicate exiting a corner. Honda’s addressed all of this as only Honda would. 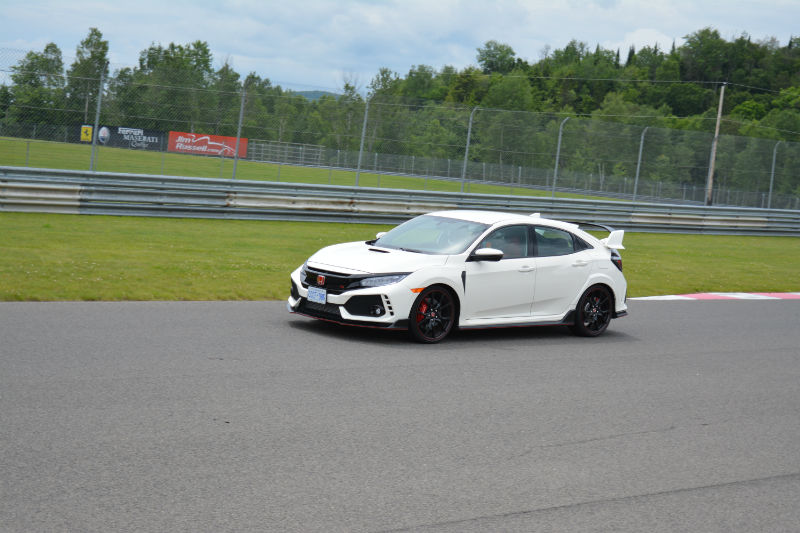 The very slick 6-speed manual includes a helical limited slip differential for putting the power to good use. Honda’s engineered a front suspension that features a dual-axis setup, separating the strut from the steering action. So, no matter how hard you mash the throttle, the Type R won’t pull itself into the guardrail once flying past an apex.

The suspension’s setup, especially in the +R drive mode, was designed to tackle a racetrack, as proven by the record FWD car lap time of the famed Nürburgring Nordschleife. My “Green Hell” is the world-class Circuit Mont-Tremblant, some 90 minutes north of Montreal and it demonstrated how magical the chassis’ tuning is. The rear multilink suspension, along with the adaptive dampers all around, are part and parcel to the Civic’s incredible ability to carry insane speeds through corners. So strong is the grip and the front diff efficient that getting on the power early became second nature.

This Civic is epically fast and the gobs of torque actually invites the driver to short shift and not hold to redline – Honda fanboys are going to need lot of time to assimilate this. With the proper shifting technique, speed piles on swiftly which brings me to the true and only real problem with the car: needs more brakes. 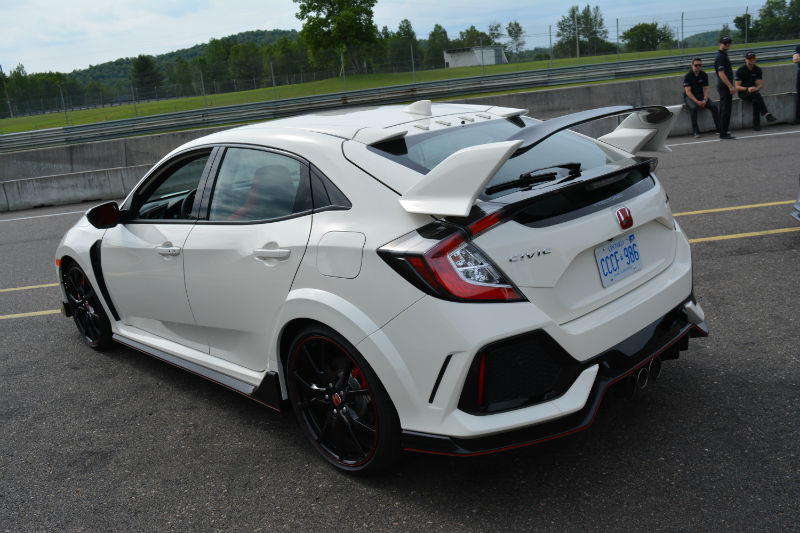 I feel as though Honda cut corners by upgrading the front brakes only to 4-pot callipers and larger vented cross-drilled discs and leaving the rear to standard-like single-piston binders and solid discs. Reaching Turn 10 at just shy of 200 km/h put serious pressure on the fronts and after only 3 laps, smoking brakes were not unusual.

As road-going musclecar and giant killer, the Civic Type R is sure to be a hit. And it will never be mistaken for anything else when coming down the road. The car’s somewhat exaggerated look is actually 100% necessary and functional so making fun of the hood scoop and 2-storey rear spoiler is pointless. That, and I like them.

On board there’s far less flair. The cabin layout is very much Civic with a few noteworthy exceptions in the form of the highly bolstered house-conceived sport seats, the steering wheel, red accents everywhere and the drive mode switch by the shifter. 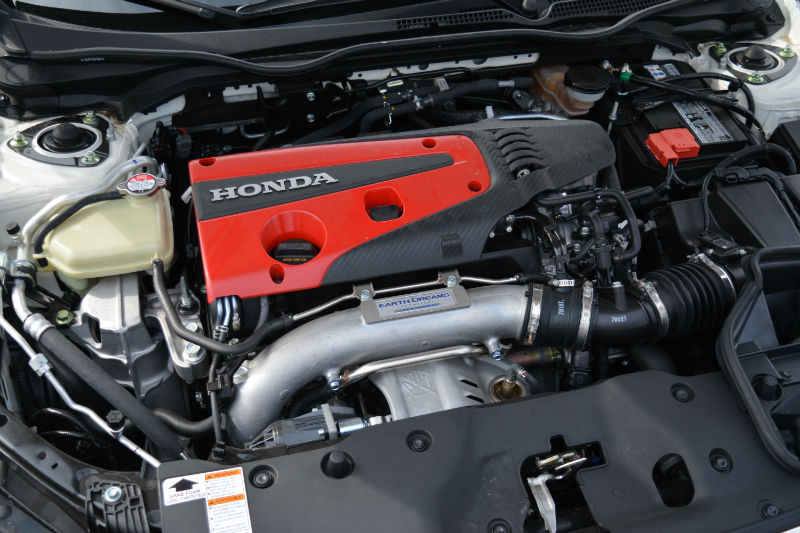 At the just short of $41k, the Civic Type R throws itself right in the heart of the action along with the VW Golf R, Subaru WRX STI, and the more expensive Ford Focus RS. As the only FWD car, it may seem like it’s a disadvantage but a track comparison test will surely prove that this is not the case. Anyhow, Type R fans will never be swayed away from it and Honda won’t build tens of thousands for Canada.

The paint’s barely dried on the C8 and we’re already on the C9. Although still relatively rare, the C8 launched for the 2020...
Read more
Previous article2018 Toyota Camry: Camry 2.0 First Review
Next articleKoenigsegg Agera RS Leaves Bugatti Chiron’s 0-400 Record in the Dust