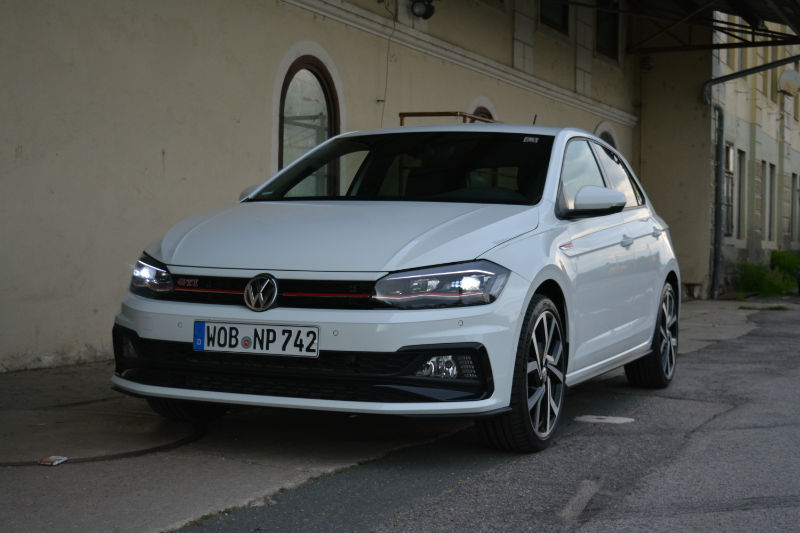 I may love reviewing massive pickup trucks or large three-row SUVs but at home, I own only small cars. My biggest junker is a 10-year old Audi A4 wagon and my tiniest is a near 35-year old Honda CR-X that weighs half as much as the A4. While I’ll soon be a father for a second time and probably want to buy a Dodge Durango SRT or Volkswagen Atlas, the present belongs to small.

The last two decades could be summarized in the following way: All vehicles have grown in size and weight. There was a time when the Golf was a fraction of the size and weight of the current car and while that was the trend, VW’s always had something more compact on offer. The Lupo was one and today, the Up! holds the title of the mini VW.

Micro, supermini and subcompact cars have always been popular in Europe and for a while, the Polo was VW’s first notch in the ladder. In fact, it was introduced only a year after the MK1 Golf hit the road. Six generations later, the Polo is still going strong. While this car was never meant for, nor will it ever come to, the North American market, I was lucky enough to drive the all-new 2018 Polo GTI. That’s right, there’s another GTI. Actually, there’ve been many other GTIs from VW and other carmakers but on our side of the Pond, there’s never been but one GTI.

The most recent overhaul of the car’s shell has taken it from playful to serious and playful. From all angles, cues from the Golf and the Arteon are evident and fit well within the Polo’s diminutive dimensions. 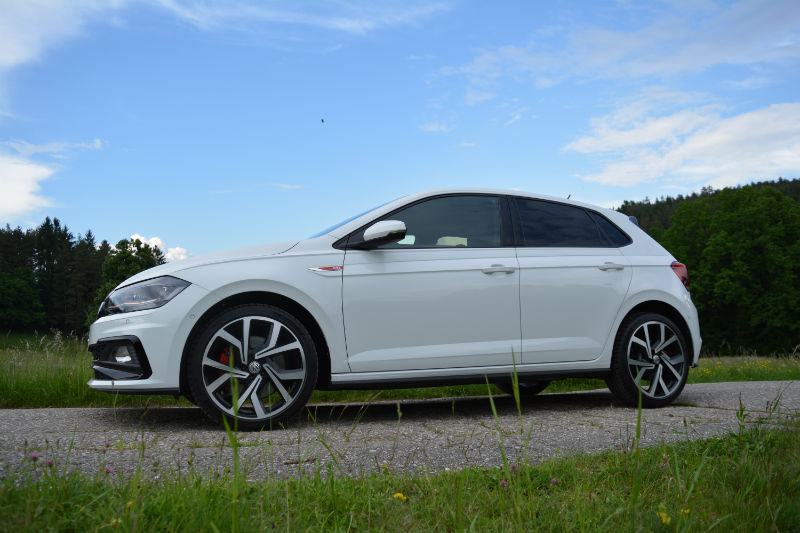 To be fair, the new Polo’s size slots it exactly between that of the MK4 and MK5 Golf’s dimensions. So, it’s compact by today’s standards but still a fairly sizeable car. As a GTI, the Polo GTI earns all the visual add-ons that a car of this nature and stature deserves. Of the handful of available colours, depending on the market, the car might looks best draped in Pure White as the GTI badges, GTI bumpers, red highlights, sill extensions and 17” wheels pop the most. Red calipers and dual tailpipes are also standard however the 18” wheels on my tester are optional.

The cabin is a mixed bag. The dashboard’s design is sharp. I like how the screen and the digital instrument panel are lined up with each other and am a huge fan of the simple HVAC commands. I’m not however, into the massive red panels on said dash and door trims. This type of excess is best left on the Beetle. Fit and finish are great, as you would expect from a top-line VW product.

And then, there’s the seats. The GTI “Jacara”, “Clark”, tartan, plaid material covered seats tie everything together beautifully.

Them front sports seats are standard and, once more depending on the market, the superiorly cool patterned surface can be replaced by monotonous grey and black faux-leather and microfleece. The seats themselves are very comfortable and supportive as the manual lumbar support and wheel-adjustable seatback help with finding the perfect driving position. 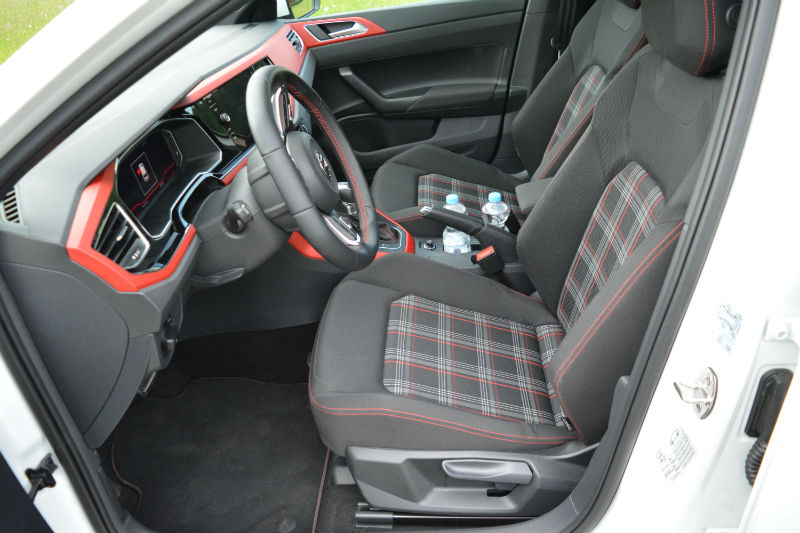 The rear bench is better suited to two adults and room overall is good. The trunk is decent in size, or about equal to what you would find in a Nissan Micra or Ford Fiesta hatchback. As you can see in the video, it’ll swallow a few big bags. Storage spots are numerous and very useful.

As the car is not offered in the United States or Canada, it’s difficult to compare exactly what you get for the money. In the UK, the 2018 Polo GTI starts at £21,520 and in France, 28 920 €. Either way, if this car was to come to us, its sticker price would be far too close to the Golf GTI’s.

At the moment, the 2018 Volkswagen Polo GTI is available with a single powertrain configuration. The car features the Golf GTI’s 2.0-litre TSI turbocharged 4-cylinder engine that’s been slightly de-tuned for the application. It produces 200-horsepower between 4,400 and 6,000 rpm and 236 lb.-ft. of torque from 1,500 up to 4,400 rpm. The only transmission offered at the moment is a 6-speed DSG dual-clutch automated manual box. A proposer 6-speed manual is expected in the near future. 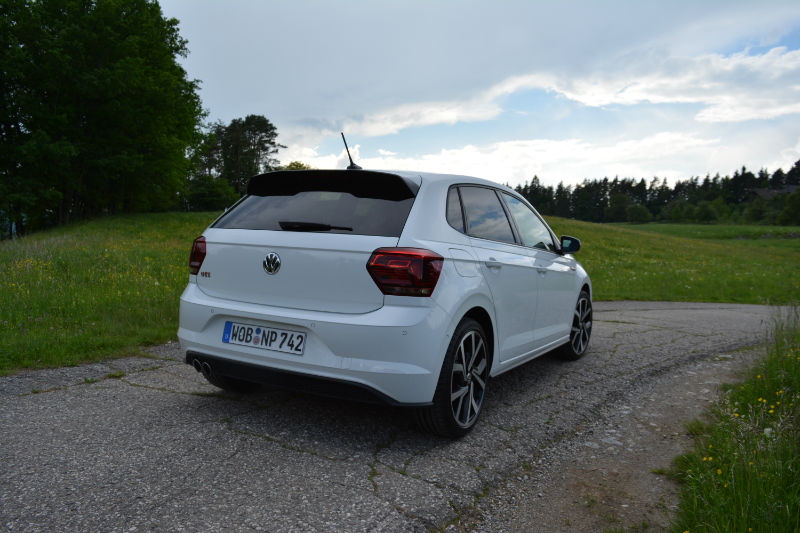 The Polo GTI is a quick machine. It’ll hit 100 km/h in 6.7 seconds thanks to the DSG’s launch control which is essentially on par with the Golf GTI. The Golf feels a little quicker due to the extra burst of torque and horsepower, but the bottom line is that the Polo is nothing less than a shrunken Golf GTI.

Like the Golf, the Polo gains a sport suspension which lowers the car by 15mm. It also features adaptive dampers that can be set in Normal of Sport. They’re combined with the four driving modes Normal, Sport, Eco, and Individual and standard XDS electronic differential lock. If you didn’t believe that this was a true GTI, you must at this point.

The car feels nearly as good a very high rates of speed as the Golf. My only gripe when driving spiritedly with the Polo is that I’m seated too high up – the perch won’t lower itself as far down as I’d like. Otherwise, the Polo is squat, stable and true even at 205 km/h, or just 42 km/h shy of its limited top speed. The DSG is perfectly suited to car and when not being driven as though stolen, can return impressive fuel consumption numbers.

With the dampers set in Normal and drivetrain in Sport through the Individual drive mode setting, the Polo GTI is beyond entertaining. Steering is precise, and the brakes are powerful and up to the task of scrubbing off lots of speed. In fact, the Polo GTI excels at high speeds as you can see, is comfortable in the city and looks great. I could have driven from Wörthersee, in Austria, all the way to Portugal had I not had to fly home…

This is a fantastic little car. Our loss, indeed.