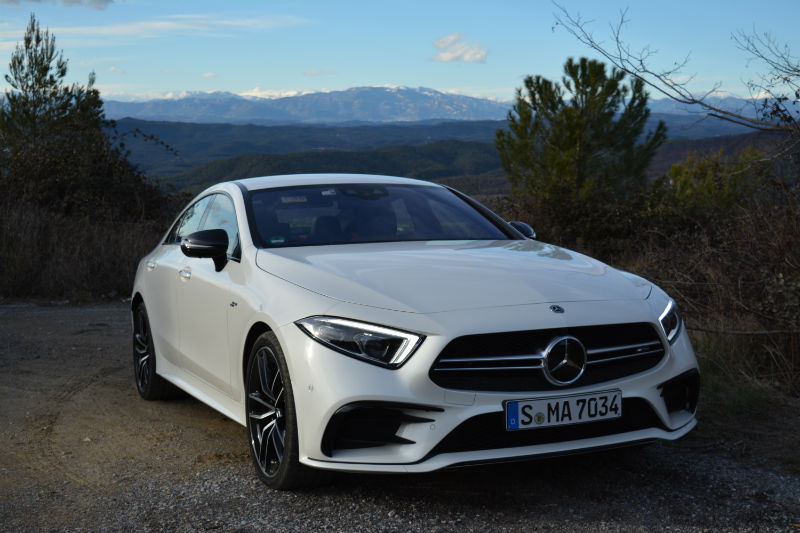 Every once in a while, a car comes along and redefines the automotive landscape. Without going all the way back, think about the 1953 Chevrolet Corvette, the 1964 ½ Ford Mustang, the 1983 Dodge Caravan and the 1998 Audi TT. All of these cars created a segment or changed our perception of what was possible in what was once thought to be a very stringent and narrow-minded industry.

In 2004, Mercedes did much of the same when they revealed their Vision CLS concept. When the car arrived for 2006, it was even more beautiful and desirable than initially thought. In no time flat, a number of OEMs introduced their own version of a 4-door coupé but the fact remains that the CLS is the one that started it all.

While the 2nd generation car introduced for the 2012 model year left me cold, this all-new 3rd generation car is absolutely sublime. Gone are the exaggerated design strokes meant to stir emotions, left behind are pointless adornments to entice potential buyers. All the remains is the original car completely and properly revised for the end of the second decade of the 21st Century.

Much less, is much more

The previous car had creased, character lines, and it was ruined as the car’s styling could no longer allow the car to speak for itself. The changes were done to lure the eye but, in my opinion, the car that American automotive designer, Michael Fink, had created was lost. Gorden Wagener, Chief Design Officer Daimler AG, thankfully and wisely reinvented the original CLS. I’ve come to appreciate listening to designers describe their creations and as he described what he and his team had done, I could almost picture them carving away at the excess off the old car. 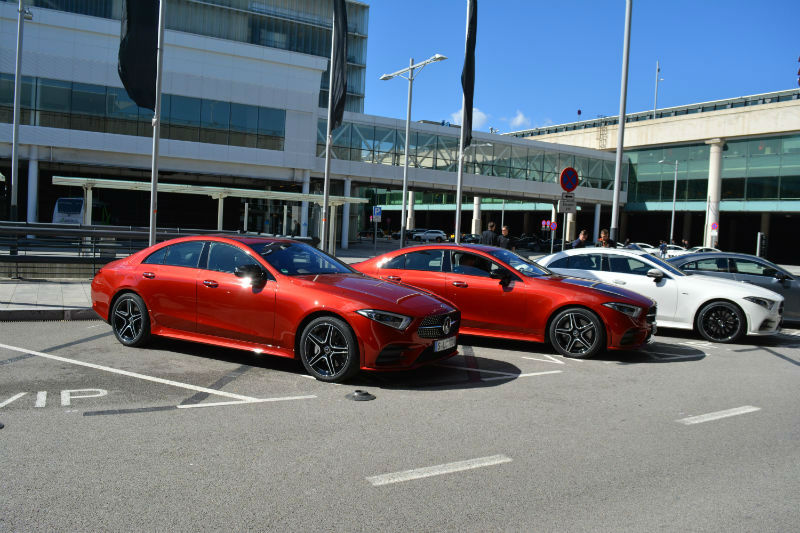 In fact, only one aspect of the new 2019 CLS is pushed and it is the predator face, or shark-nose. This new front graphic will find its way across the board in future generations of Mercedes products. Regardless of the angle, I can find nothing wrong with the car save perhaps for the two 5-spoke alloy wheel designs. Yeah, that’s it.

The car is considerably larger now, but its graceful proportions mask the extra girth. Mind you, this is a big car. AMG styling is standard in Canada with the 450 but points are awarded to the 53 for its AMG grille, rear apron and spoiler not to mention quad tailpipes slightly meaner stance.

Class cabin, from an S

The cabin is now more S- than E-Class. The cars I drove all featured the mammoth double 12.3” screens. The standard 7” instrument cluster in the 450 is more than fine while the twin expansive displays might be a little much for some. On that subject, although the light-up vents, as part of the ENERGIZING comfort are cool, they seem somewhat childish in a car of this stature. The reviewed 450 included the optional Drive-Dynamic multicontour seats that, as part of the Comfort package, are difficult to overlook. They embrace, hold and massage you in place. 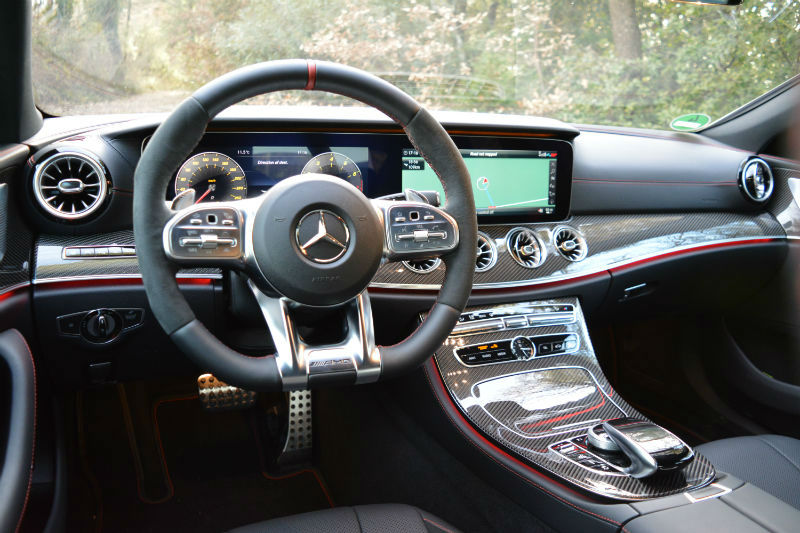 On the subject of seats, the new 2019 CLS is officially a 5-seater but the rear bench still will not accommodate human adults over 5’10” tall – there’s no headroom. Another new thing for a Mercedes is the 3-spoke steering wheel which now includes integrated cruise control buttons – they’ve been on a stalk since forever in a Mercedes.

The arrival of this car is significant in many ways. Perhaps the most meaningful is the introduction of a new family of turbocharged 3.0-litre inline-6-cylinder gasoline engines for Canada.

The basics are identical for both versions. The 450’s mill sports a twin-scroll turbo and produces 362-horsepower and 369 lb.-ft. of torque while the 53’s block gets twin-turbochargers, good enough to bump power to 429-horsepower and 384 lb.-ft. of torque. Although the jump in output isn’t that huge on paper, under foot and on the road, the difference is noticeable.

Before I go on, Mercedes’ done a great thing with the CLS, one of many, and that is throw in a 48-volt integrated starter/generator mild-hybrid system called EQ Boost. This system features a number of tricks, from allowing “sailing” or coasting without the engine running and handling engine start/stop functions as well as capturing kinetic energy through regeneration. Best of all, it can temporarily boost output by a further 21-horsepower and 184 lb.-ft. of torque.

In both trims, EQ Boost uses its integrated electric auxiliary compressor, which revs to 70,000 rpm in 0.3 seconds, to prime the turbocharger for immediate lag-free acceleration. The 450 is quick but still feels its weight off the line and through the controls. The 53’s livelier, and louder, which come together to make it seem much quicker than the numbers suggest. In both cases, a 9-speed 9G automatic transmission and a version of Mercedes’ latest 4MATIC AWD system (45/55 split in the 450, continuously variable with the 53) sort out sending power to the wheels.

What’s great about the car is that it can behave like a plush uber-luxury sedan, or an S-Class, and just as easily transforms into an Autobahn burner, solidly anchored to the pavement. The secret lies in the standard adaptive dampers. Through the DYNAMIC select drive modes, the CLS will hover about in urban warzones and mere moments later, stay absolutely flat and planted through switchbacks in Sport or Sport+ modes. 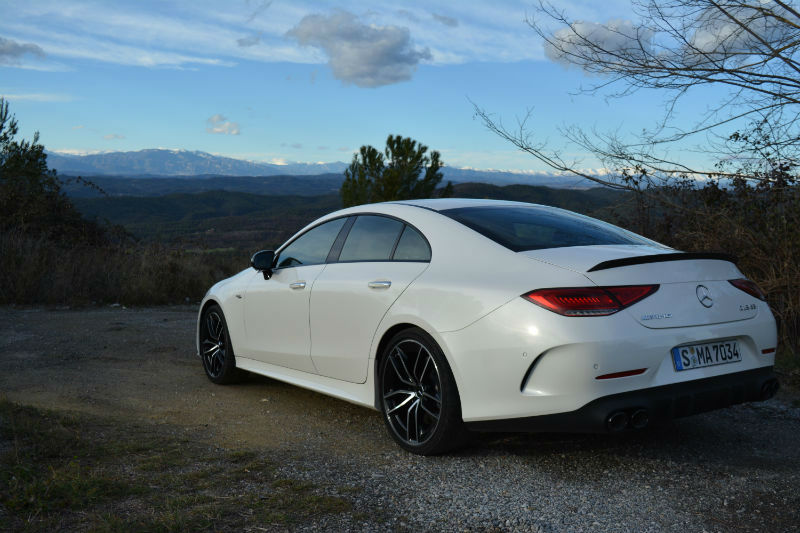 The suspension’s impressive breadth of abilities forgives what I find to be two relatively important shortcomings. The first is brake pedal feedback and response. Pressing down on the pedal had little effect and worse, brake application felt delayed. This was a problem on both the 450 and 53. The other issue was steering that was far too eager to return on center even when in the middle of negotiating an apex. This pair of bugs are no more complicated to fix than downloading an app on your phone, for Mercedes.

The new 2019 Mercedes-Benz CLS returns the car to its former glory and position as a flagship automobile. Its introduction, in all respects, be it technology, design or performance, will be noticed as the new CLS represents the brand’s future direction.

The CLS is expected in showrooms by the Fall with pricing being announced in the near future.

Electric vehicles have always been more expensive than equivalent models powered by combustion engines The automaker says the demand for new vehicles could...
Read more
Previous articleWe may never make fun of a 1st gen Honda Insight again.
Next articleLincoln will reveal a new Aviator at the New York Auto Show