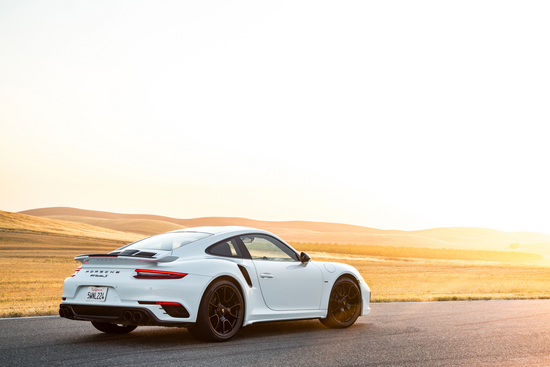 Man buys 911 Turbo with a cheque he made at home

There are a few ways to buy a new Porsche 911 Turbo. You can earn, save up, or borrow US $139,203.05, or, you can make a slightly smaller investment and, like this Florida man, hope that somehow nobody will be paying attention.

Casey William Kelley walked into a car dealer in Okaloosa County along the Florida Panhandle, local authorities say (via Northwest Florida Daily News). He was there to buy a Porsche, and he had a cheque for nearly $140k to do the deal. According to the report, the 42-year-old man left the store with the car, but the money he left wasn’t real.

The Walton County Sheriff’s Office said that the cheque was a fake. Instead, when the man was arrested he told the investigators that he had printed the cashier’s cheques himself. A trip to the electronics store for a printer is cheaper than a car, we’d wager.

It was a pretty bold move, and the man even had a photo of himself with the car that looks to have been taken at the dealer. He’s looking remarkably confident for someone in the process of getting away with grand theft.

Charged with grand theft of a motor vehicle and “uttering a false banknote,” this wasn’t Kelley’s only misadventure with DIY sources of funds. The man reportedly also took a cheque for just over US $61,000 to a jeweller in Miramar Beach to pay for three Rolex watches. Wisely, the jeweller held onto the watches until the cheque cleared. When it didn’t, the bad cheque was reported to the Sheriff’s Office.