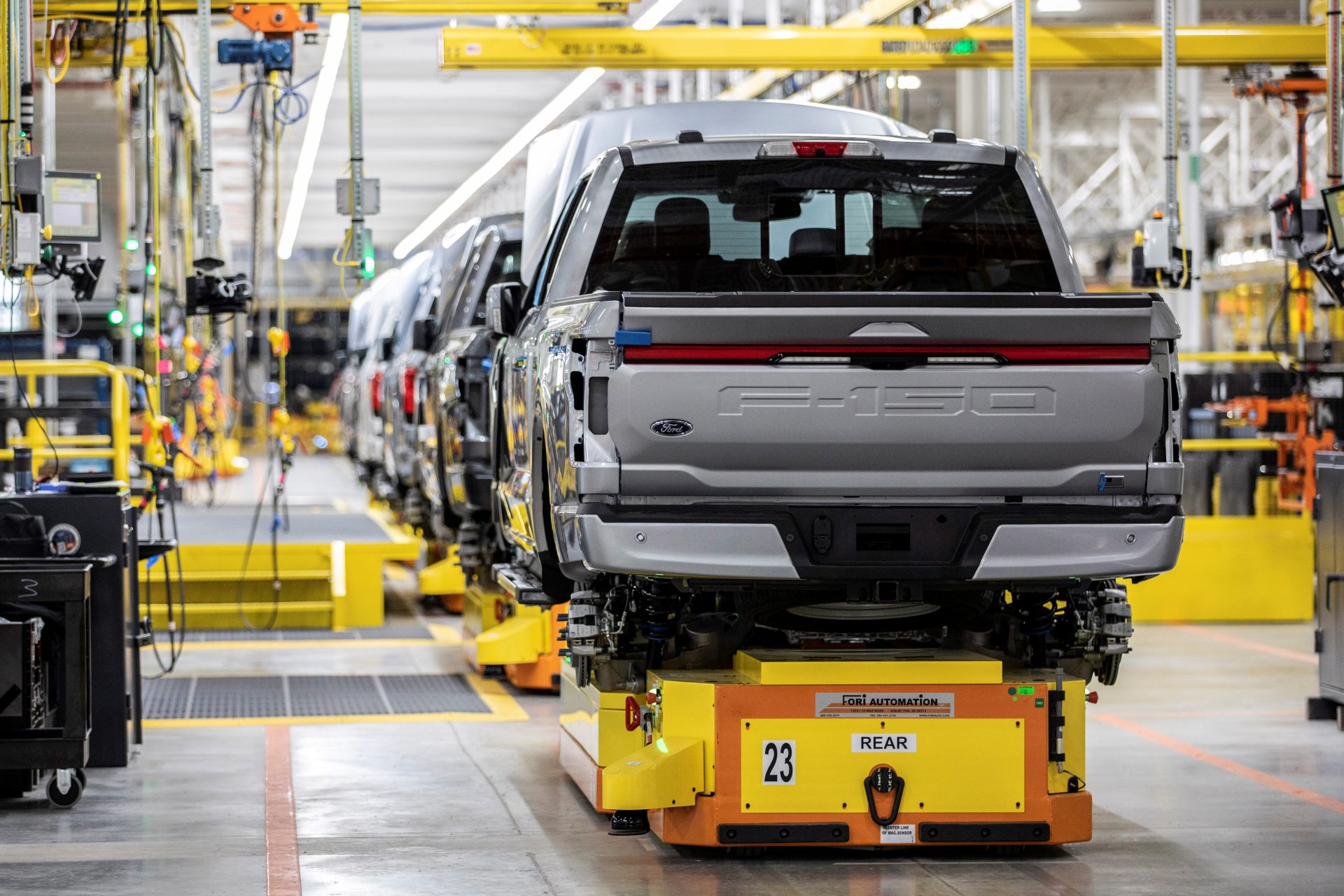 Ford is riding the Lightning, adding another shift of workers to try and meet the demand for the electric pickup. At the same time, Ford is working to expand the plant to build even more trucks.

The Michigan plant where the Ford F-150 Lightning is built is now running three shifts, working 24 hours a day and seven days a week, CNBC reports. That is three crews working 10-hour shifts in an attempt to meet the high demand for the trucks.

According to the report Ford had originally planned to build 40,000 of the electric pickups per year, but has quickly expanded the factory to boost production. Now, Ford says it is working to try and build 150,000 electric F-150s per year by next fall. The third shift was added in November and sees 750 workers at the electric truck plant.

The Ford F-150 Lightning went on sale in May, and by the end of November, sales had topped 13,000. Ford has said repeatedly that demand for the truck has far exceeded its expectations. Ford currently has an 8.6 percent share of the electric vehicle market in the U.S. and said that more than 60 percent of its electric vehicle sales are to buyers moving over from the competition.

Earlier this month, the automaker announced it had broken ground on a new $5.8B battery factory in Kentucky. The site will have two battery manufacturing facilities and is set to produce more than 80 GWh of battery cells per year. That’s enough to power more than 800,000 Lightning pickups per year.

Mazda introduces the all-new 2024 Mazda CX-90, its newest SUV with available plug-in hybrid technology   The new Mazda CX-90 will offer two engines including...
Read more
Previous articleAll-New 2023 Toyota Prius Priced from $36,490 in Canada
Next article2024 Toyota Tacoma to Get Turbo Four-Cylinder with or Without Hybrid Power