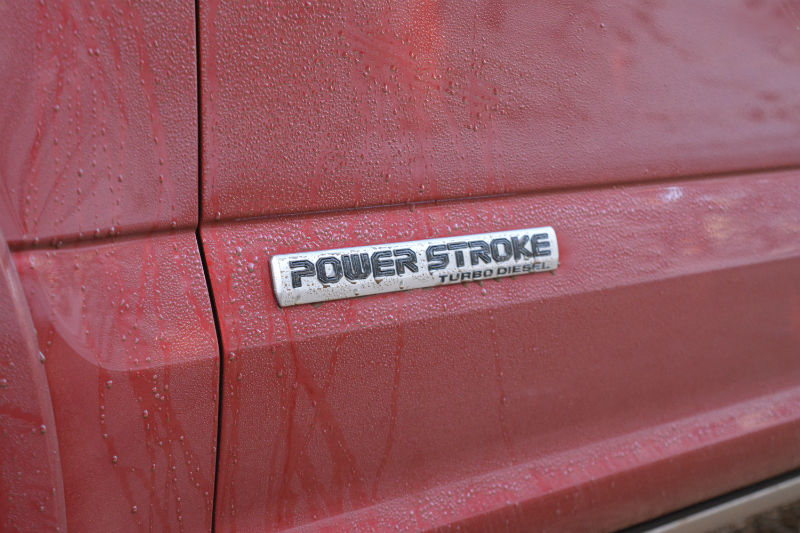 No room for diesel amid growing electrification?

Just four years after it was introduced, it appears that Ford is already set to drop the Powerstroke diesel engine from the F-150 pickup. It would still leave Ford with a wide array of available engines, but nothing with the signature diesel clatter.

The 3.0L Power Stroke is disappearing “in the near future,” reports Ford Authority. The diesel V6 was launched for the 2018 model year Ford F-150 and offered horsepower that was well under even the naturally aspirated gas V6 with torque that was much better than the 5.0L V8 but not quite up to the 3.5L EcoBoost V6 or hybrid.

Ford has already cut back on options for the truck. It’s not offered with the extended range fuel tank, and it is not offered with the Pro Power Onboard electric system that is offered on all gas trucks. The diesel is also more expensive than the hybrid, and offers slightly worse combined fuel consumption ratings.

We expect the F-150 engine range to continue to shrink as Ford moves to electrification. At some point, the need to meet fuel economy standards and the availability of the EV Ford Lightning will likely make at least one or two more gas engines unviable.

This is the second time it happened on a Tesla vehicle. The cause of this latest failure has yet to be determined. Tesla’s...
Read more
Previous articleSurprisingly Convincing McLaren F1 Copy Up For Auction
Next articleRam Adds BackCountry Trim, Makes Off-Road Big Horn Model