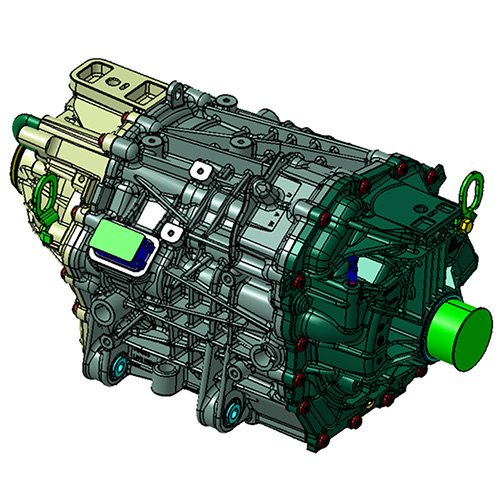 Ford charges up for aftermarket performance

Ford‘s Eluminator crate electric powertrain is now online on the Ford Performance parts page. That gives us power, torque, and even the cost of the new electric motor that’s designed to be dropped into almost any vehicle for an EV conversion.

The Ford Eluminator electric crate motor isn’t slated to be revealed until November, but the important bits are up early. On the page (via Bozi Tatarevic on Twitter), Ford says that the motor used is, in fact, the one also used in the 2021 Ford Mustang Mach-E GT, meaning it has undergone full factory driveline testing and validation.

In the kit, which will retail for US $3,900, the high-voltage motor to traction inverter harness is included, along with a low voltage harness and vent tube assembly. Ford notes that the kit does not include a high voltage battery, which isn’t a surprise at this price, but that it doesn’t include the inverter or a control system. Those are both parts that are necessary to run the motor and that could be difficult to find aftermarket. If you’re interested in this conversion, you’re probably also hoping Ford makes those parts available.

Not surprising, the motor is 50-state emissions legal, Ford says.

VW teased us with the Buzz in November. This time, they took to Twitter with a quick tour of the last camo’d version. We...
Read more
Previous articleCross Canyons With GMC AT4 OvrlandX Concept
Next articleHonda U.S. Tells Dealers to Expect 40 Percent Fewer Deliveries