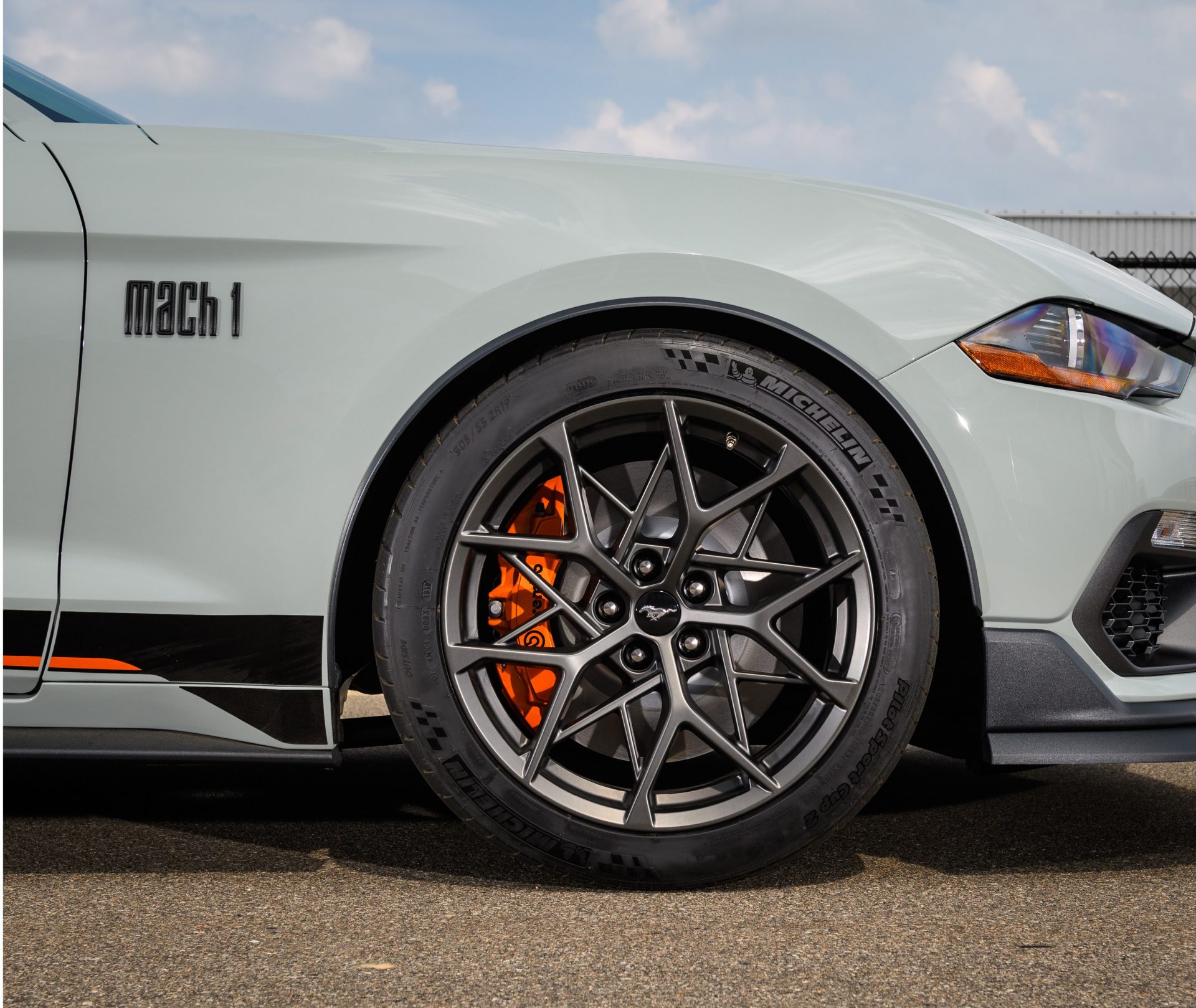 When the Ford Mustang Mach 1 hits the road this spring, a new Handling Package will be offered that comes with new wheels inspired by other marvels of engineering. Not only will they have a cool look visually, there’s some fun engineering in there too.

Ford designer Mark Kaski has designed most of the multitude of wheels that the Mustang has rolled on over the last 10 years, but he calls the new Handling Package’s wheels “his masterpiece.” It’s a bird’s nest woven design that Kaski says is inspired by objects like roll cages, bridges, and yes, bird’s nests.

“In some ways, I see the wheels as jewellery for the vehicle,” Kaski said. “This design is different than anything we’ve ever done, but I think it’s perfect for this new Mach 1.” He said they’re also inspired by the wheels on the prototype Mustang Mach-E, which will likely get some Mustang purists in a huff.

The wheels use a layered construction that gives them a very three-dimensional look, which Ford says isn’t common on production wheels. They’re also an inch wider than the standard 2021 Mustang Mach 1 wheels but tip the scales at 2 lbs lighter.

Prodrive made its name as a tuner for Subaru’s WRC efforts in the 1990s. The P25 is a carbon-composite 400-horsepower modern version of...
Read more
Previous article2021 Acura TLX A-Spec Review: Reclaiming Most Of What Was Lost
Next articleHyundai Gifting A Kona N For Christmas?