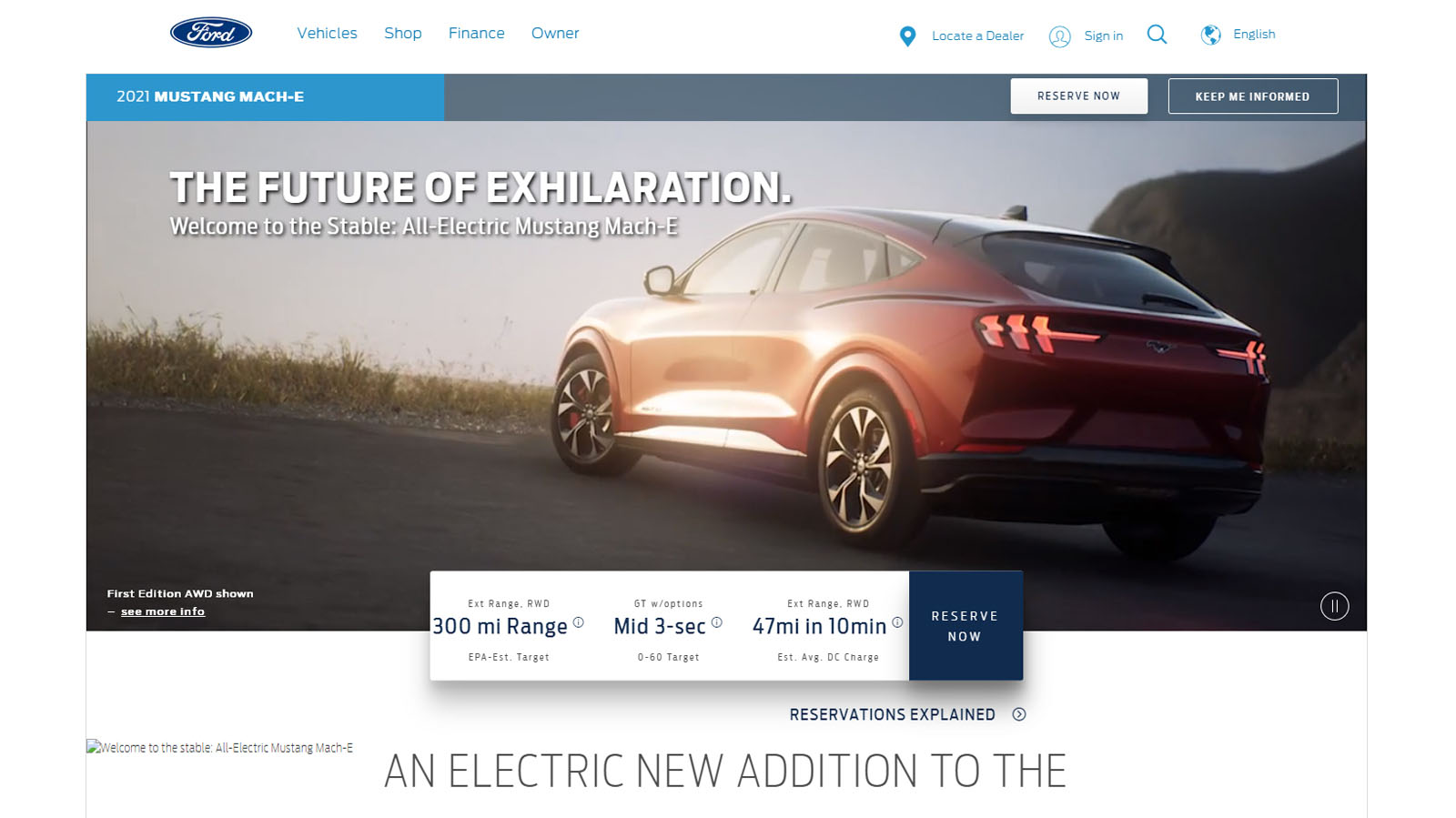 Ford has apparently leaked images and pricing info of its major upcoming premier, the Mustang Mach-E.

The Ford Mustang Mach-E is scheduled to be unveiled on November 17. As is often the case with big premiers, images of the model have leaked online. In this case however, it’s a major leak.

Not only do we get to see what the Mustang Mach-E will actually look like, but we also get pricing info, specs, and trim descriptions. Even more surprising is that the leak originated on Ford’s own website. The Mustang Mach-E page with all the info has since been taken down, but screenshots were taken galore.

It seems that a user on the Ford Mach-E forum had a bit of time on his or her hands, tried various URL combinations, and struck gold.

Was having that page available a major faux pas by Ford or a coordinated marketing effort? Who knows. All that matters is that the Mustang Mach-E will look like this:

Here’s everything else we know from the Ford Mustang Mach-E leak. 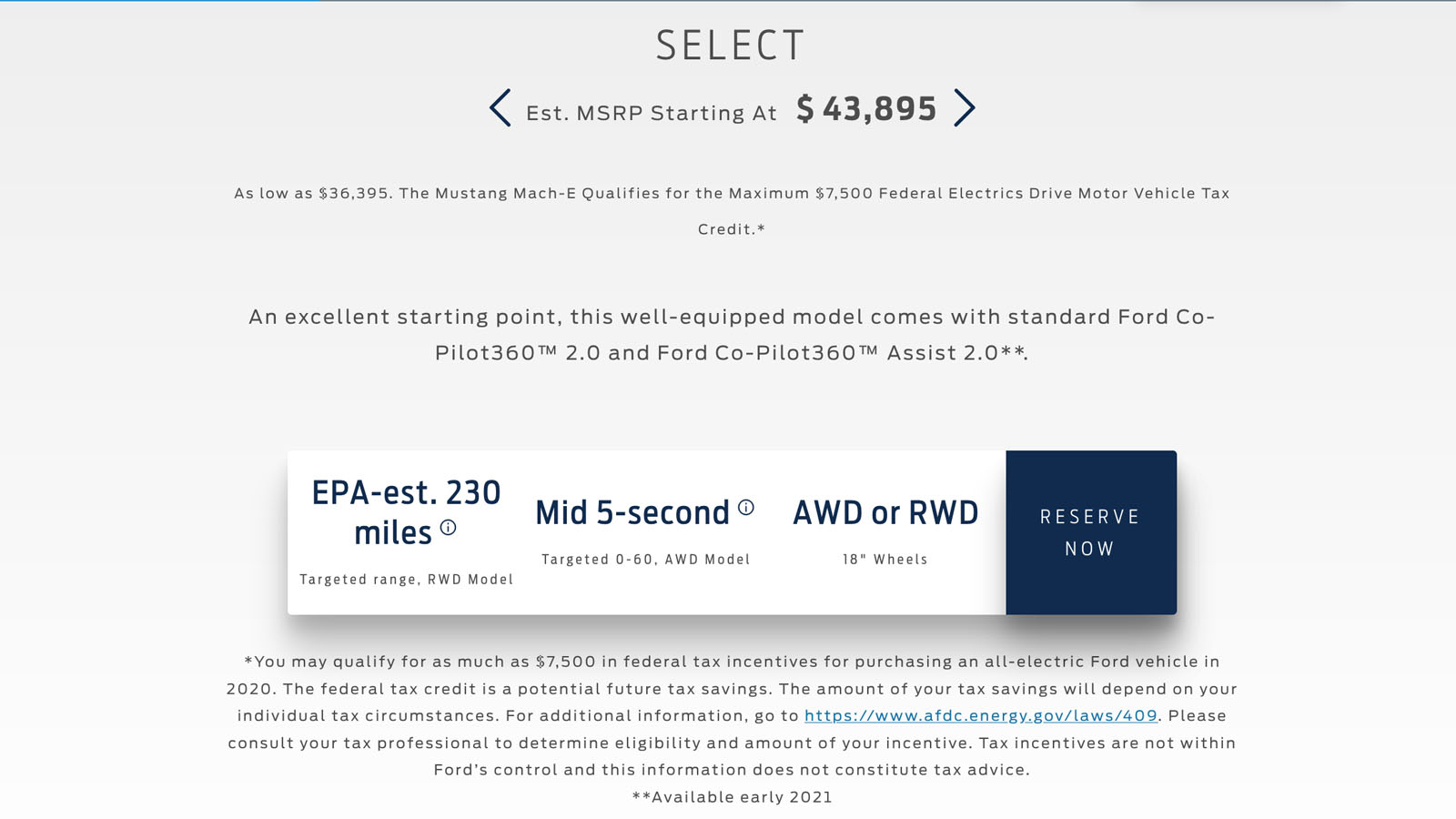 Ford Canada may have a different pricing strategy, however.

We will simplify it a little bit.

We will be able to confirm all of this on the 17th when the Ford Mustang Mach-E officially launches. 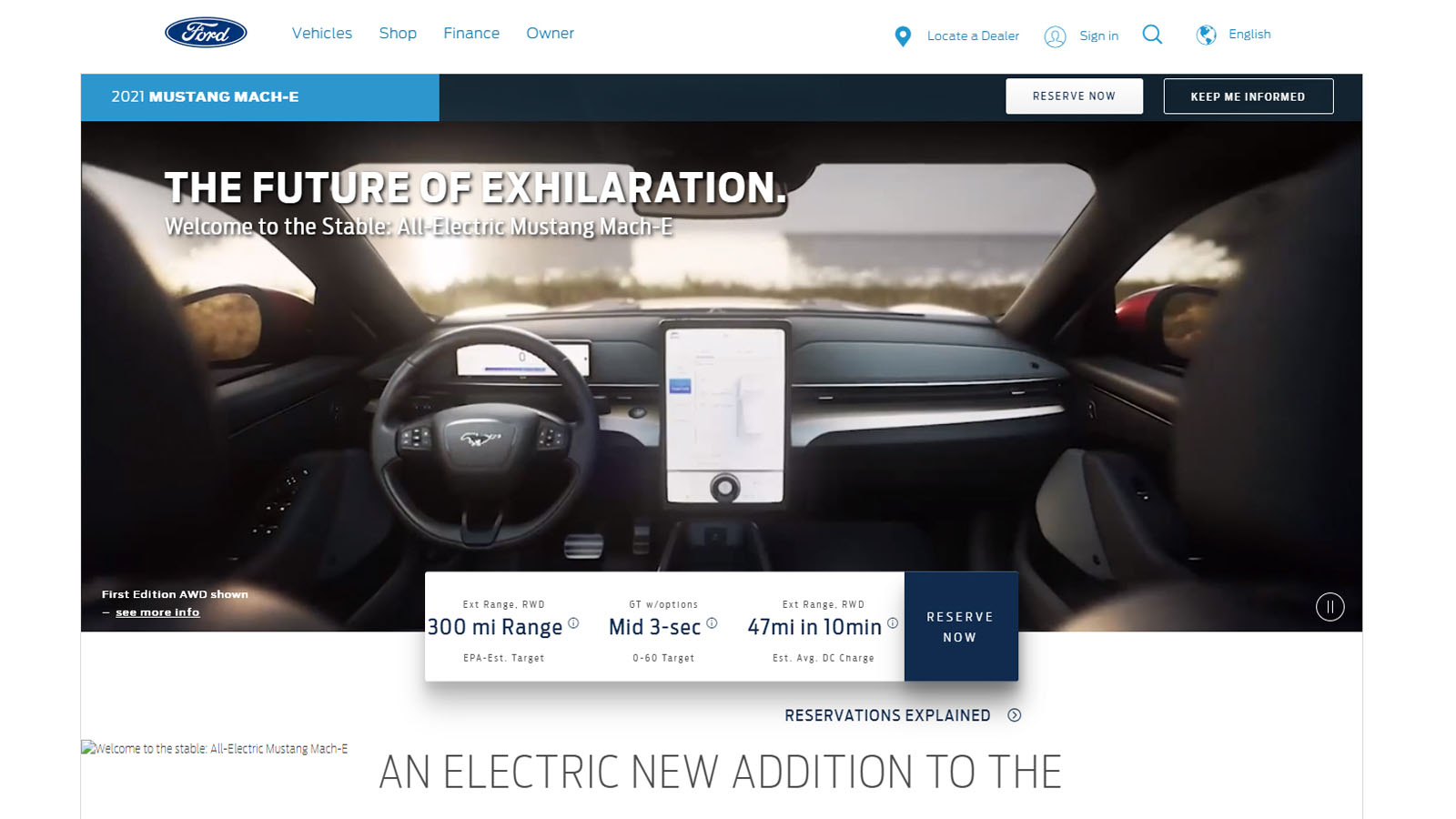 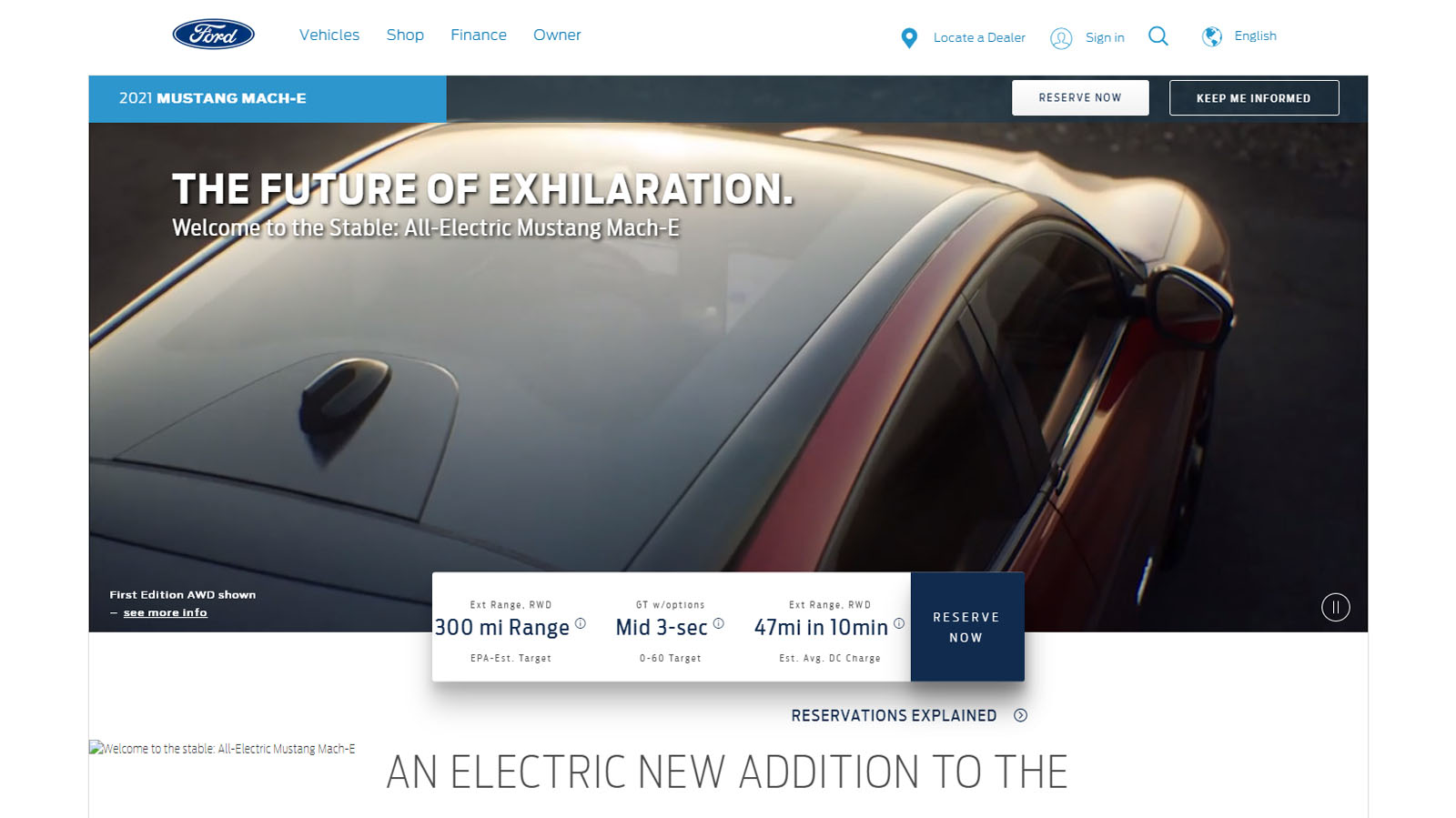 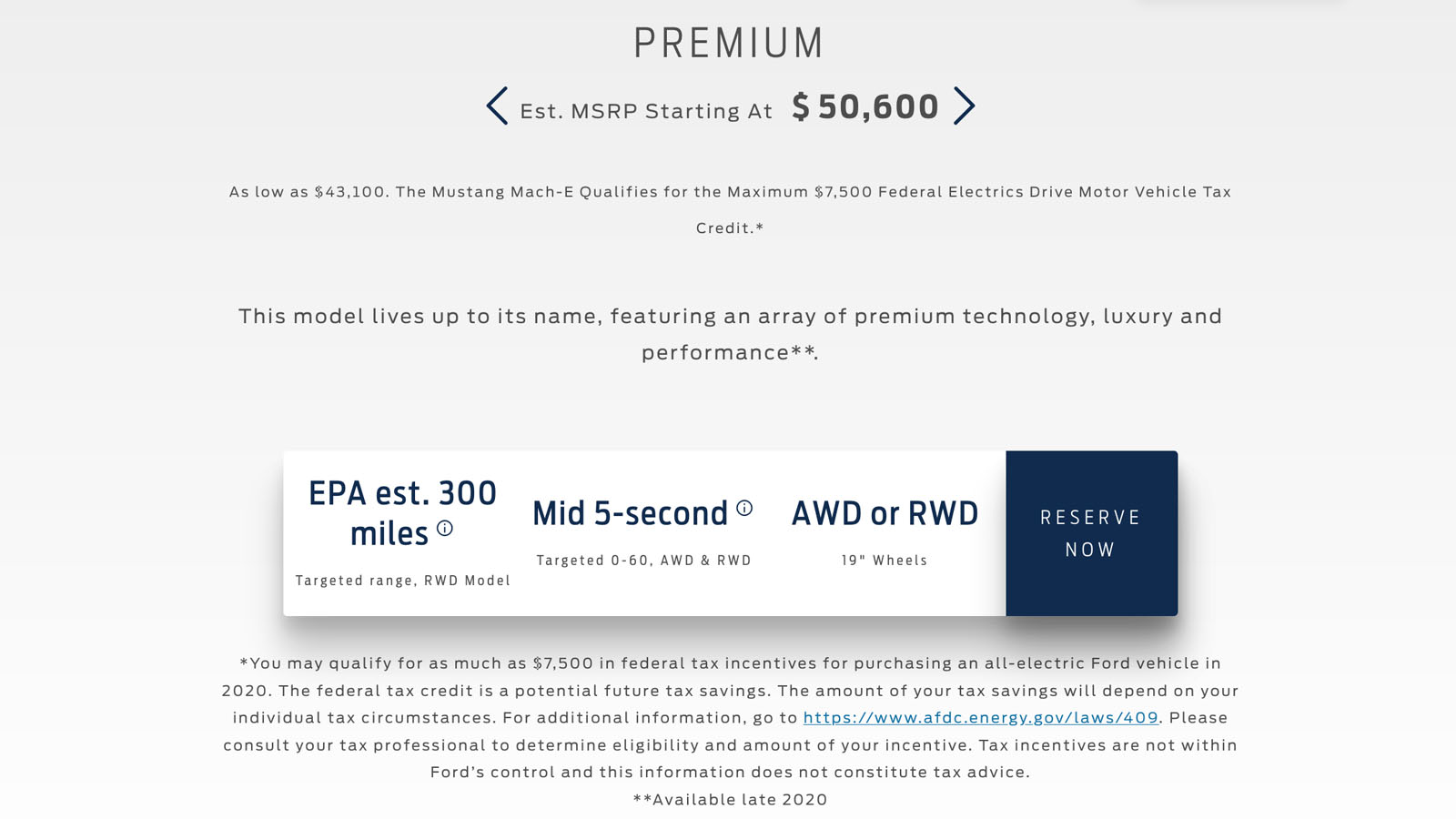 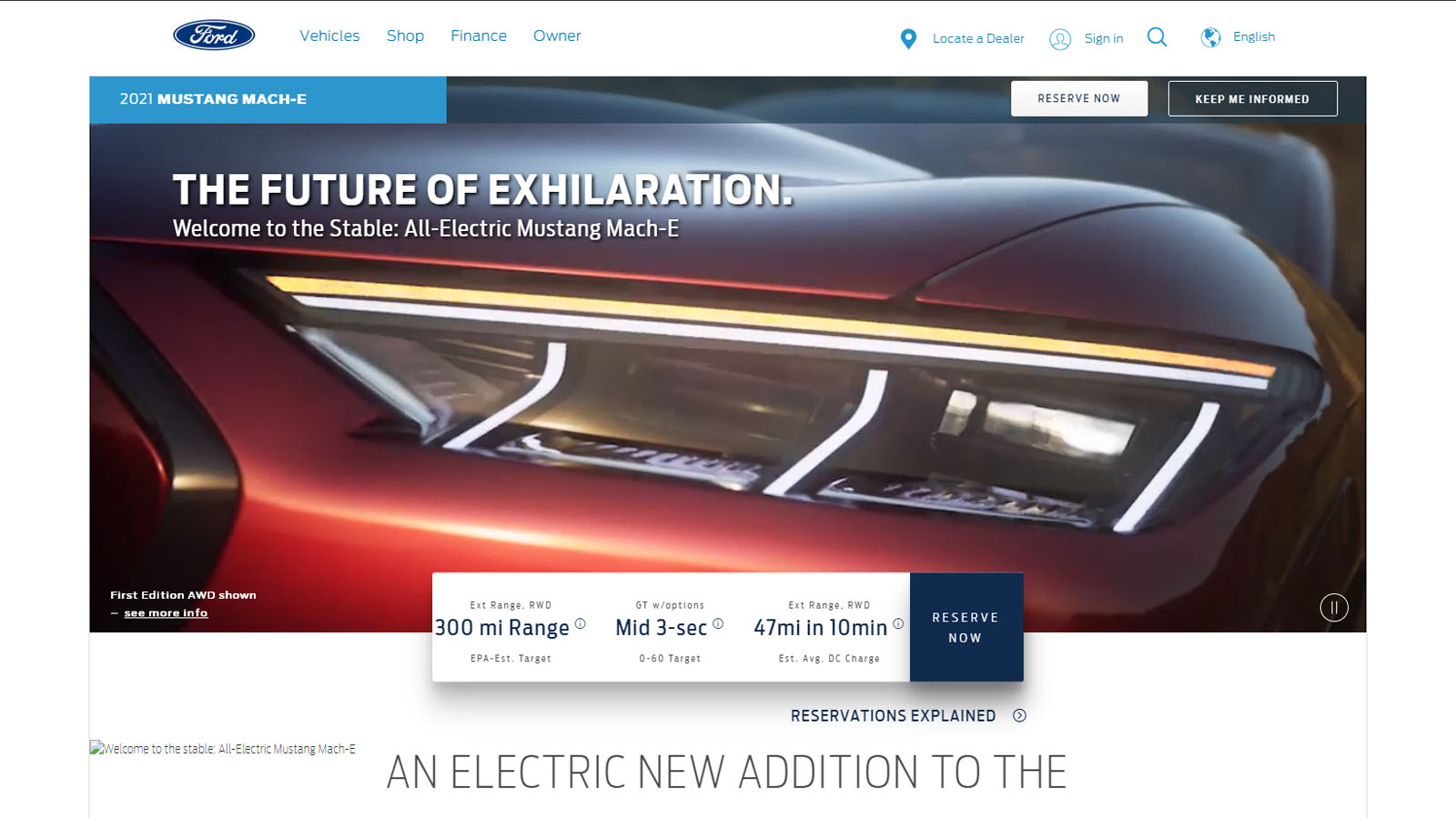 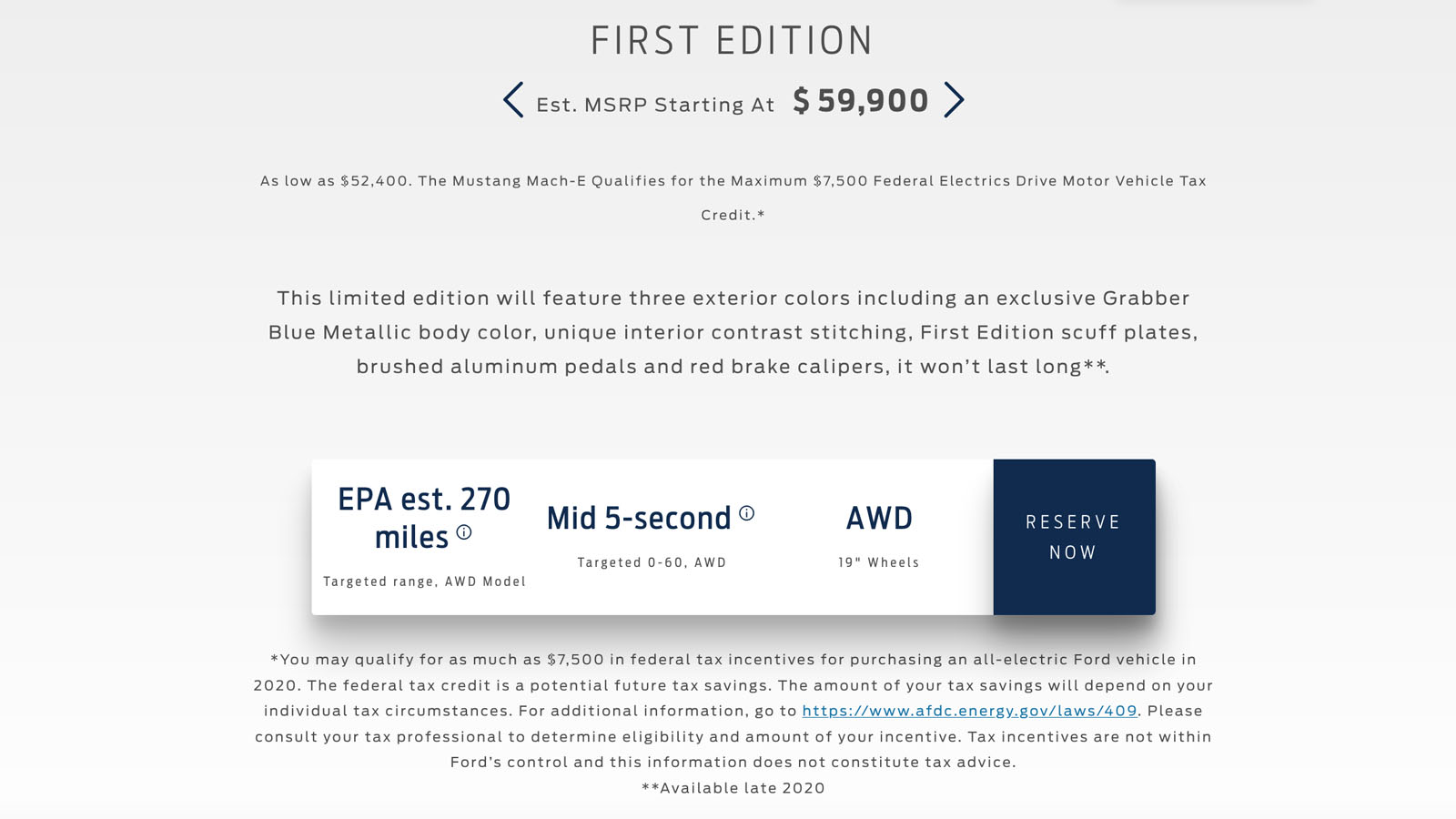 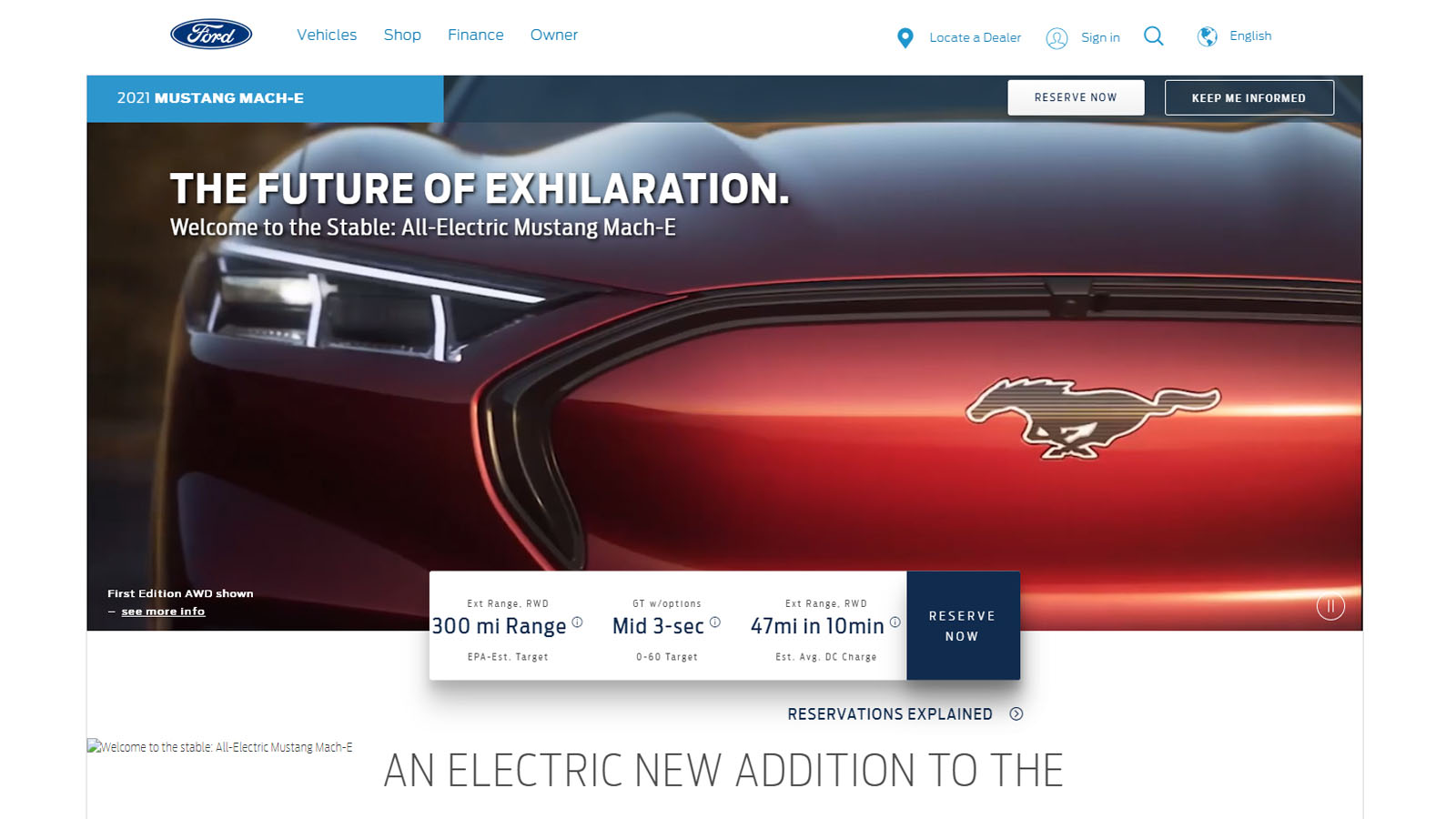 Price cuts range from $4,750 - $8,500 depending on the model. Ford will increase Mach-E production for 2023. Ford recently announced plans to significantly...
Read more
Previous articleVolkswagen’s Push For Electrification Amplified To 60 Billion Euro By 2024
Next article2021 BMW i4 Electric Sedan To Arrive in 2021, Will Be Based on 3 Series