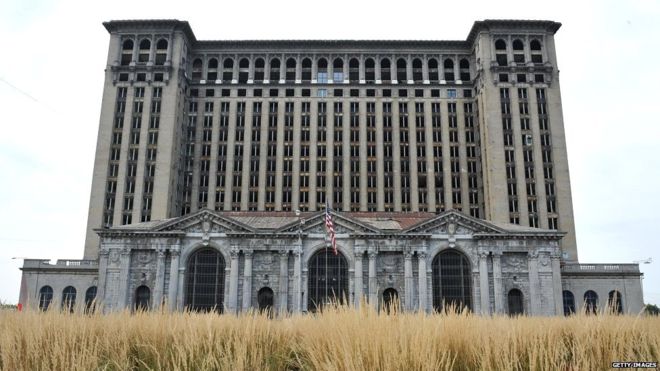 If you’ve ever crossed over into Detroit, MI, from Windsor, ON, by way of the Ambassador Bridge, you’ll have spotted it. As you merge onto highway 75 or Fisher Freeway, you actually circle around it. This is the Michigan Central Train Depot and it’s been abandoned for 30 years. That was, until very recently.

Ford Motor Company has purchased the 105 year-old landmark and intends to convert the 500,000 square-foot train station into a technology campus. Exact plans will be announced on June 19th, but it looks like members of its electric and self-driving vehicle units which have been moved into a nearby refurbished factory may move again in the not too distant future.

If the building is familiar, it’s because it has been featured in numerous TV shows, movies and various videos, including some of one of Detroit’s most famous sons, Eminem. Let’s hope this spawns a renewal for a city that needs all the love it can get.

Patrick Nadeau, From Disraeli (QC), drove from his home to Mexico and back. His car is a Hyundai IONIQ 5 Long Range RWD. ...
Read more
Previous articleMore than 1 million Daimler cars using defeat devices
Next article2019 Ford Mustang GT350 inspired by the next GT500