News Forza Horizon 5 is Headed to Mexico. With an Active Volcano 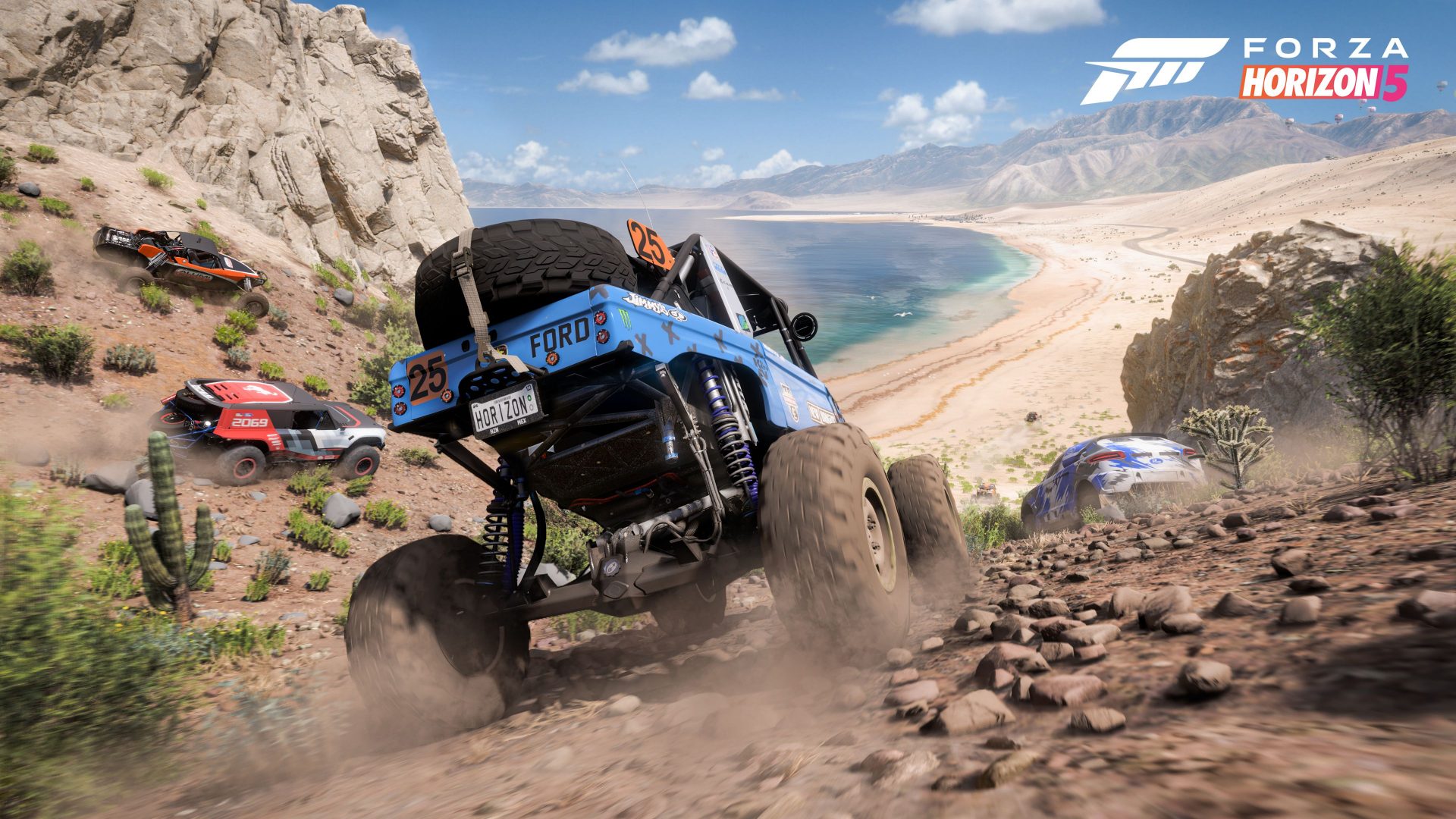 Head to Mexico for a driving vacation

Tired of not being able to travel? How about a trip to Mexico with the best cars, trucks, SUVs, and racers in the world to drive however you feel like? That’s right, it’s nearly time for the Horizon Festival. Last night at E3, Playground Games and Xbox revealed the launch trailer and gameplay for Forza Horizon 5.

It’s an incredible new landscape, and for the latest installment in the Horizon franchise one of the most diverse yet. There will be 11 different biomes on the map that includes landscapes like a living desert, dense jungle, and an active volcano.

This time, not only do seasons change, they change depending on the region. Hit the jungle in the rainy season and expect flooding. Come back in the dry season and the team says you’ll find places you couldn’t access before.

The Mercedes-AMG Project One is the feature car this time, the 350 km/h-capable road car that brings F1 hybrid tech to the street. This will be the first place you get to drive one when the game drops on November 9th.

Other new features include a more seamless multiplayer experience as well as the new Horizon Arcade full of challenges and minigames. The event builder has expanded from the Super7 mode recently launched in Horizon 4, and players will be able to make their own barn finds for others to discover in a new feature called Gift Drops.

Check out the trailer for a look at the sands, seas, jungles, and, yes, that active volcano. With cars like the new Bronco, that Mercedes-AMG, safari-style Porsche 911s, and a few other intricately detailed surprises.

If you want an even closer look, here’s the official gameplay reveal, which has the developers and in-game voice actors showing you what the game will actually look like.

The following news does not really concern the North American market, since the Renault division has not been around since the late 1980s. However,...
Read more

The Polestar 3 launched officially on October 12th. The elegant SUV will pack serious performance. And it looks really good. Based on this new...
Read more

SVH is short for Sino Vehicle Hub. This mini pickup is called the Tundar – that’s not a typo. Over the years, there have...
Read more

The Air, the brand’s flagship luxury sedan, is exceptional. Lucid is currently working on their first SUV, the Gravity. Lucid Motors is currently in...
Read more

AMG confirms there will be a successor. The GT was a most successful supercar, more so than its predecessors including the SLS. We got...
Read more
Previous articleSubaru Adds Onyx to 2022 Ascent, Rest of Line Keeps Same Price
Next articleDodge And F9 Team Up For The “Superpower” Promotional Campaign

A manufacturing defect has been found in some battery cells This problem affects the ID.4 and the ID.3 Volkswagen estimates this recall to...
Read more
News

Three trim levels will be available Sales will begin this month in the United States The plug-in hybrid and the electric versions will...
Read more
News

BMW Unveils the XM, the Most Powerful Vehicle in its History

The following vehicle leaves the factory with a plug-in hybrid powertrain, but let's just say that its primary mission is to deliver a good...
Read more
News

The Polestar 3 launched officially on October 12th. The elegant SUV will pack serious performance. And it looks really good. Based on this new...
Read more
News

The Nismo GT4 is a track-only car. It is fully tuned for severe competition use. The new Nissan Z is showing well so far,...
Read more
News

Porsche Could be Working on a Three-Row Electric SUV

This model would be positioned above the Cayenne in the automaker’s lineup Descriptions of this model say it could be part-sedan, part crossover ...
Read more