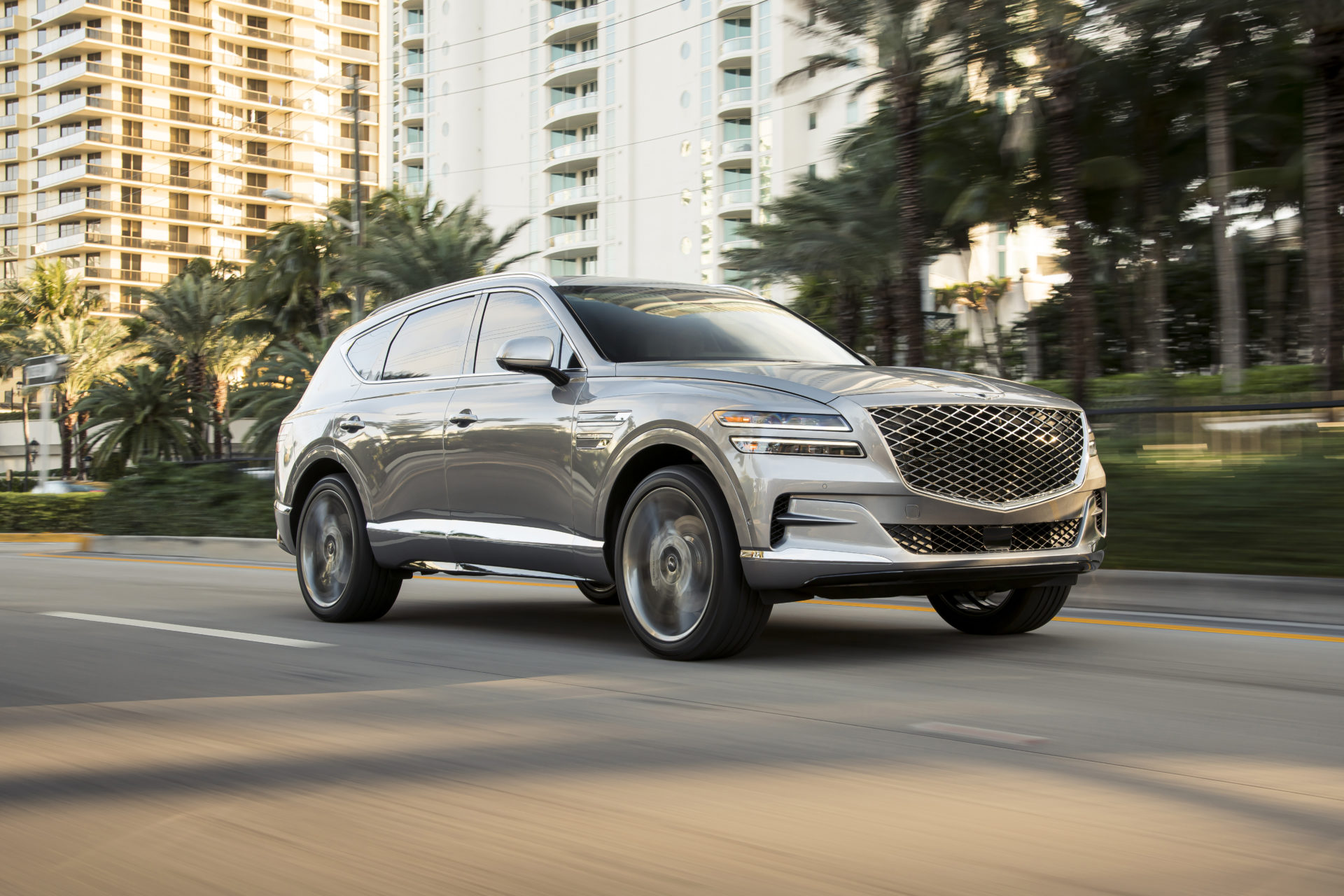 The much-anticipated crossovers have arrived.

When the Hyundai Motor group announced that Genesis would be its new standalone luxury brand back in 2015, it only had two large sedans to start sales off, and was well aware that sales would be minimal until it had some crossover models in its lineup.

That time is now, and Genesis is poised to increase its market share, now that it has not one, but two utility vehicles joining its trio of sedans. And with a few concept cars already presented at various shows to get people’s attention—including the New York Concept, the Mint Concept and the Essentia Concept—the brand is slowly but surely raising consumer awareness. Here’s what to expect from the Korean luxury marque in 2021.

The 2021 Genesis GV80, which is the midsize utility model in the lineup, is now arriving in dealerships and should expand its availability through 2021. It’s powered by one of two engines: a turbo 2.5L four with 300 horsepower and a twin-turbo 3.5L V6 with 375 horses. The U.S. market gets RWD and AWD variants of the GV80, while Canada obtains only the latter.

Hot on the heels of the GV80 is the 2022 Genesis GV70, which recently made its world debut online. The compact-sized GV70 is lauded for its performance and handling credentials, borrowing the bigger GV80’s powertrains, but in a smaller and lighter package. The new crossover’s design is also sure to turn heads.

The 2022 Genesis G70 has also recently been presented as a refreshed version of the compact sport sedan that went on sale in 2018 in North America as a 2019 model. Like the GV70 with which it shares a significant chunk of mechanical components and interior furnishings, the G70 emphasizes style, a dynamic drive and alluring performance. The 2022 edition gets more powerful engines, styling updates and other changes compared to the current 2021 model, which is available with a 252-horsepower, turbo 2.0L four and a 365-horsepower, twin-turbo 3.3L V6.

The 2021 Genesis G80 has been upstaged by the brand’s new crossovers, but we should not forget that this is the all-new, second-generation model and has only recently begun arriving in dealerships. As with all the aforementioned models, the new G80 serves up a turbo 2.5L four and a twin-turbo 3.5L V6, along with RWD or AWD for the U.S., and standard AWD for Canada.

The Genesis G90 was updated for the 2020 model year with styling enhancements in addition to some interior trim changes. However, it kept its 365-horsepower, twin-turbo 3.3L V6 and naturally aspirated, 420-horsepower 5.0L V8 engine choices, with RWD and AWD configurations for the United States. The Canadian market only gets the V8 engine combined with AWD. The full-size G90 is the pinnacle of Korean luxury-car know-how, and undercuts the price of German sedan rivals by a significant margin.

Last but not least, Genesis will soon join other luxury manufacturers in presenting a fully electric crossover, which should debut sometime in 2021, although an on-sale date and technical details have yet to be confirmed.

The QX55 was only introduced last year, so changes are minimal for 2023 The ProPILOT Assist system is now standard on every version ...
Read more
Previous articleTesla Model Y RWD Deliveries To Begin As Early As January
Next articleGenesis Has Exported More Than 10,500 G80 And GV80