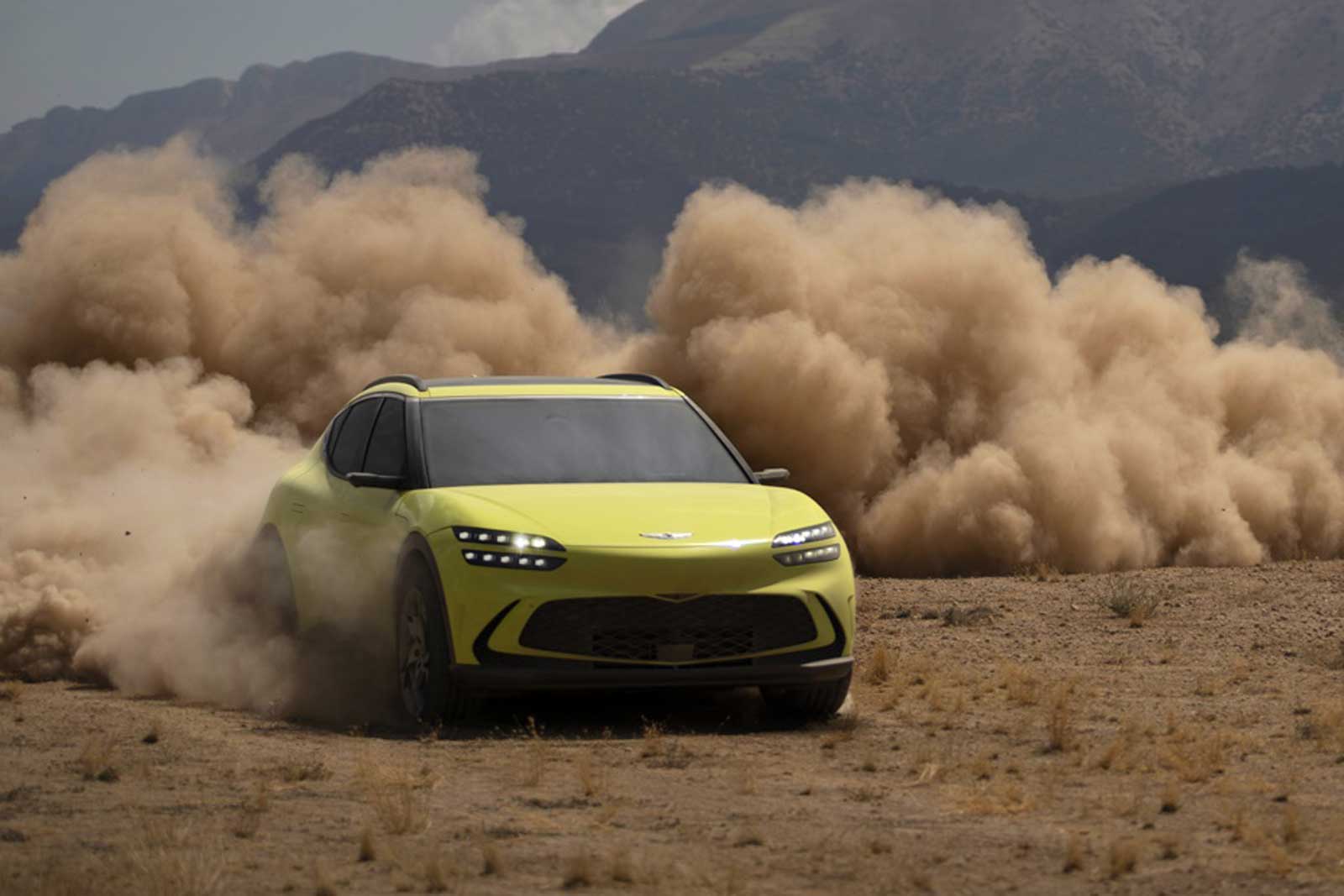 Two electric crossovers on the way.

Crossovers are now an important part of Genesis’ lineup, and there are more on the way. That includes two fully electric utility vehicles, with one that is said to be the sportiest model of the Korean brand’s portfolio. In addition, its flagship sedan is getting a makeover.

And with a few concept cars already presented at various shows to get people’s attention—including the New York Concept, the Mint Concept and the Essentia Concept—the brand is slowly but surely raising consumer awareness. Here’s what to expect from the Genesis brand in 2022. 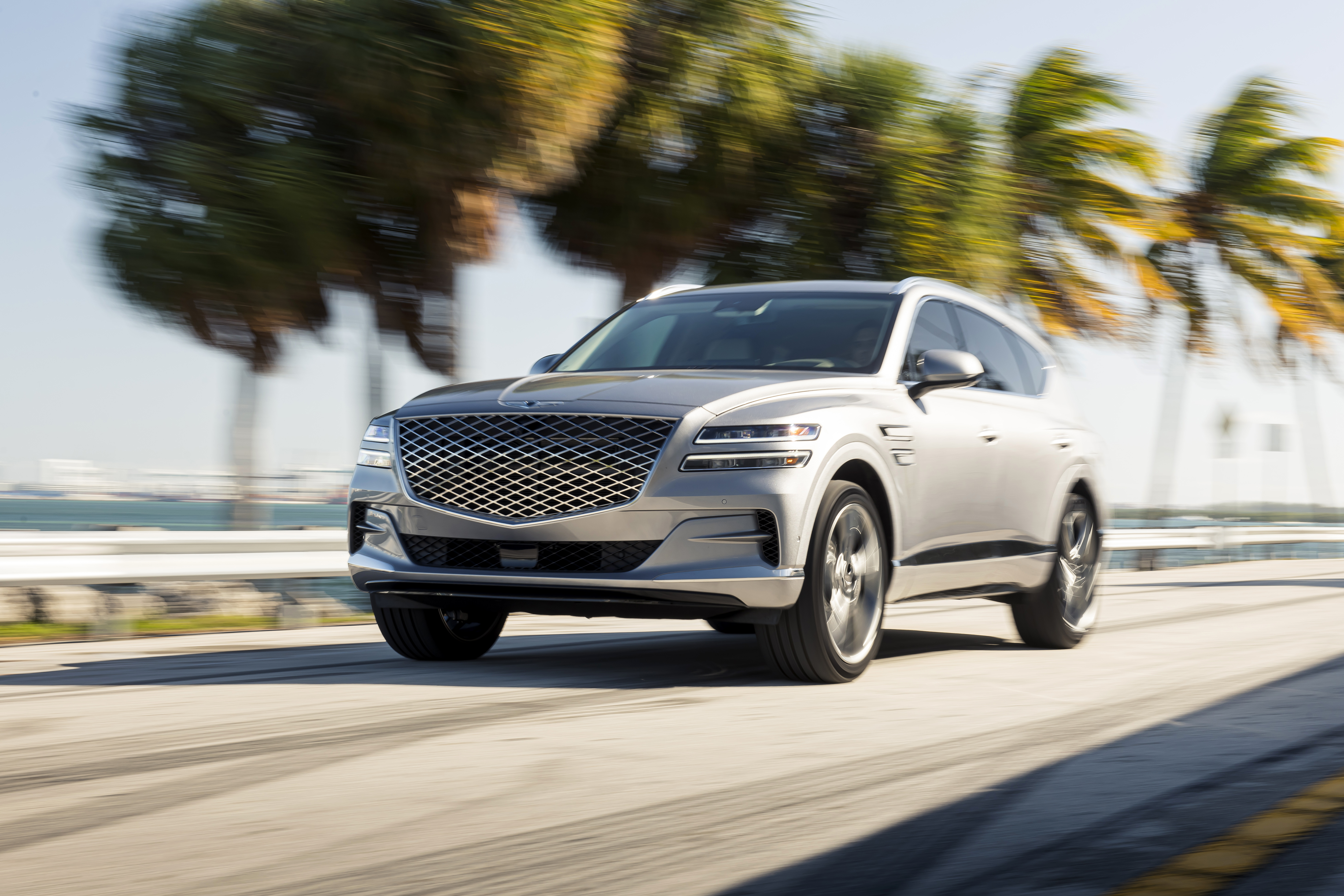 The Genesis GV80, the midsize utility model in the lineup, is powered by one of two engines: a turbo 2.5L four with 300 horsepower and a twin-turbo 3.5L V6 with 375 horses. The U.S. market gets RWD and AWD variants of the GV80, while Canada obtains only the latter. Introduced for the 2021 model year, the 2022 edition gets virtually no changes, with four trim levels in Canada and ten in the U.S. 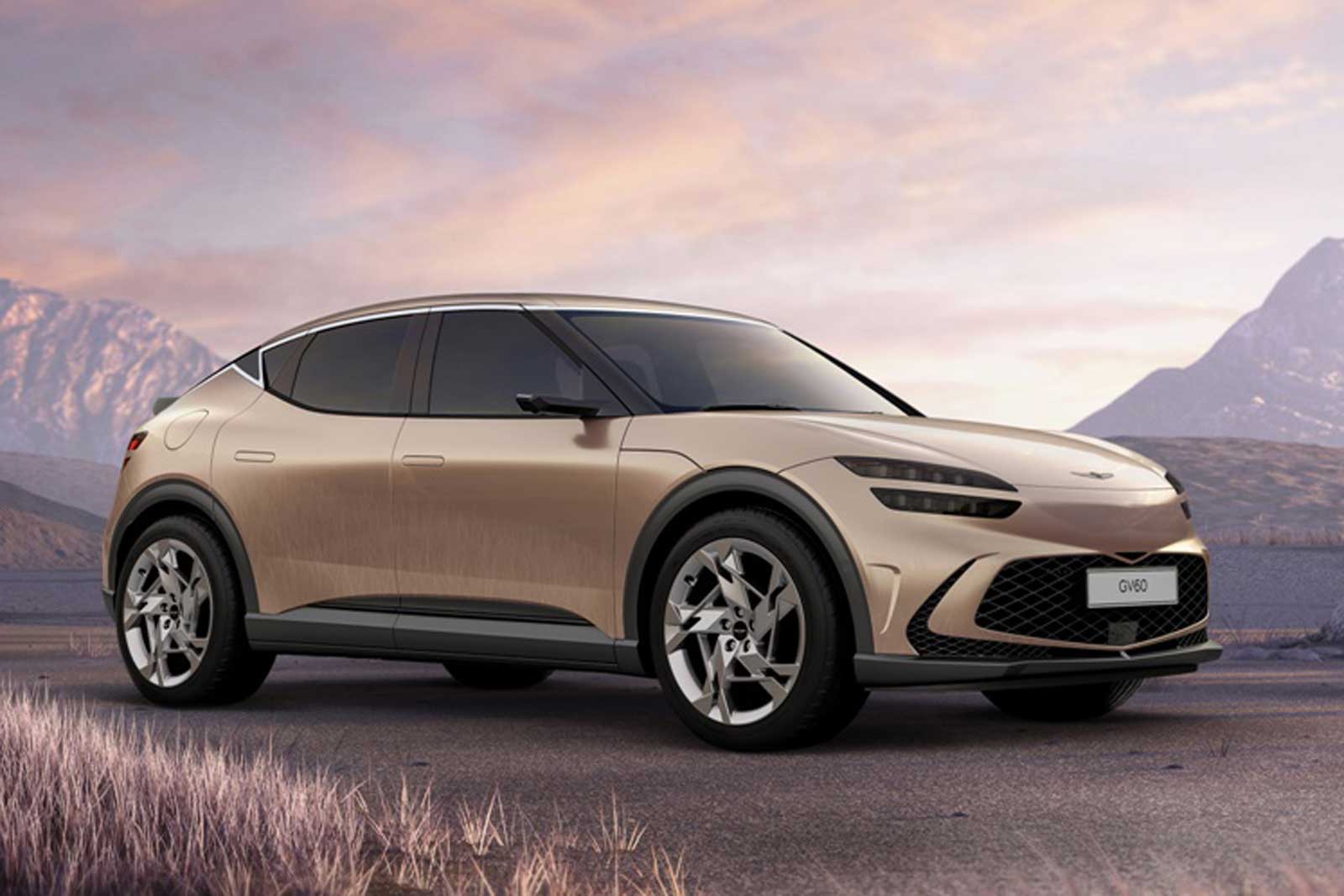 The Genesis GV60 is a fully electric, subcompact crossover, and the brand’s first EV. It’s touted as Genesis’ most performance-focused model so far, and will be available in RWD and AWD configurations. It uses Hyundai Motor’s E-GMP dedicated electric architecture, shared with the Hyundai IONIQ 5 and Kia EV6, and its dimensions make it slightly smaller than the GV70. Output will start at 225 horsepower and top out at 429 hp—or 483 hp thanks to an overboost function that provides 0-60 mph blasts of about four seconds. A 77.4 kWh battery pack allows for an estimated driving range of 280 miles or 451 kilometres with the rear-wheel drivetrain, and between 229 and 249 miles (368 and 400 km) for the AWD versions. The 2023 GV60 should arrive in North America before the end of 2022.

Hot on the heels of the GV80 is the 2022 Genesis GV70, which recently went on sale. The compact-sized GV70 has been praised for its performance and handling credentials, borrowing the bigger GV80’s powertrains, but in a smaller and lighter package. The new crossover’s design is also sure to turn heads. It’s equipped with the same engines as the GV80, meaning a 300-hp turbo 2.5L four and a 375-hp twin-turbo 3.5L V6. AWD is optional in the U.S., standard in Canada.

Not to be outdone, a fully electric version of the Genesis GV70 debuted at the Guangzhou auto show in November 2021, and the brand confirmed that it will eventually make its way to the North American market as well. The Electrified GV70 will be available exclusively with AWD and the GV60’s most powerful setup, boasting 429 horsepower, or 483 with the boost mode. 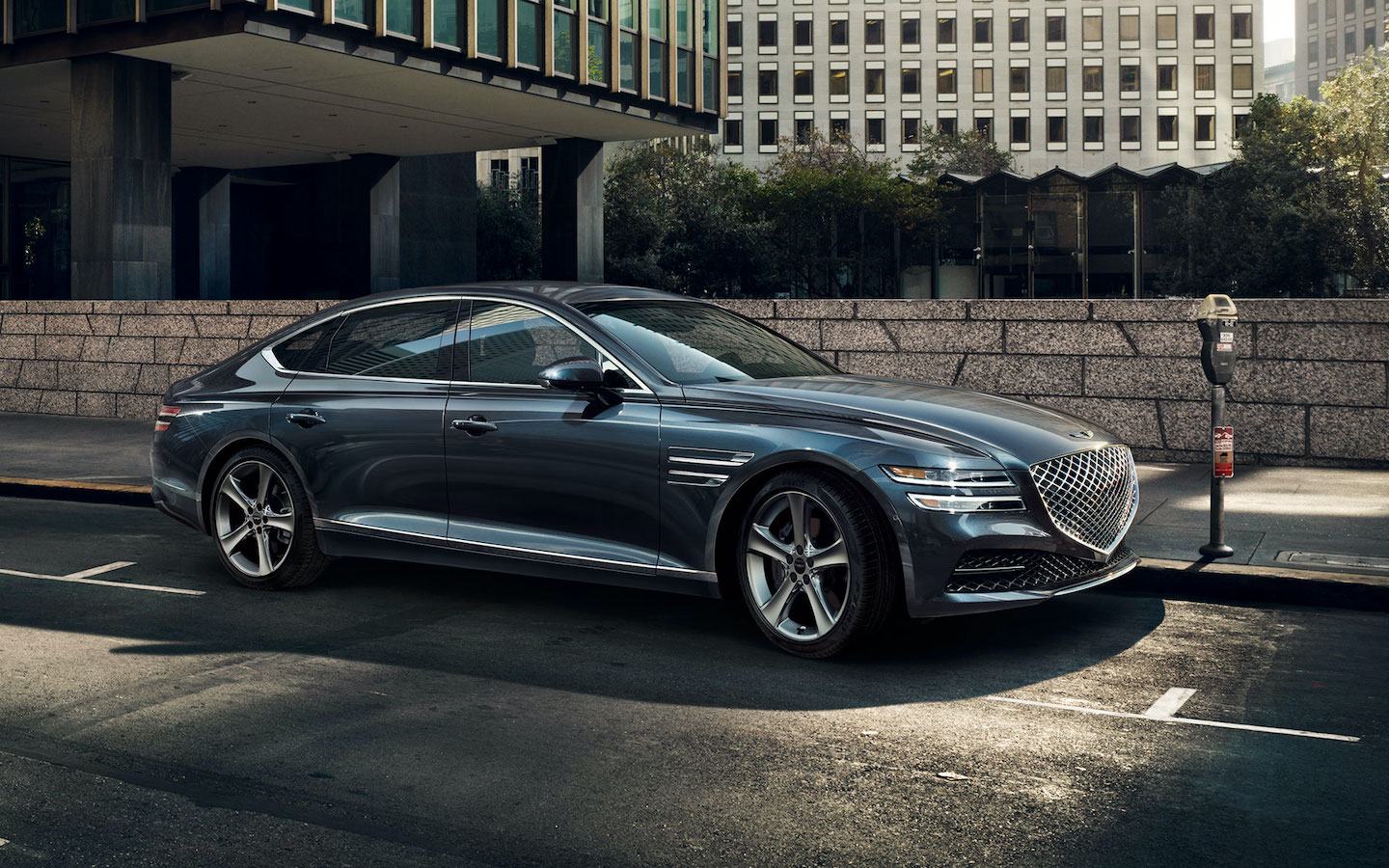 The Genesis G80 has been upstaged by the brand’s new crossovers, but we should not forget that this is the all-new, second-generation model that went on sale in 2021. As with all the aforementioned models, the new G80 serves up a turbo 2.5L four and a twin-turbo 3.5L V6, along with RWD or AWD for the U.S., and standard AWD for Canada. New for 2022 are 3.5T Sport and 3.5T Sport Prestige variants for the U.S. market, while in Canada, the 3.5T Sport and 3.5T Sport Plus trims replace last year’s 3.5T Prestige. Meanwhile, an Electrified G80 has appeared in other markets, and should eventually be offered in North America as well.

The Genesis G90 was updated for the 2020 model year with styling enhancements in addition to some interior trim changes. However, it kept its 365-horsepower, twin-turbo 3.3L V6 and naturally aspirated, 420-horsepower 5.0L V8 engine choices, with RWD and AWD configurations for the United States. The Canadian market only gets the V8 engine combined with AWD. There are no changes for 2022, but a thorough redesign is on its way for the 2023 model year, bringing fresh new styling, a more luxurious cabin, an air suspension and rear-wheel steering as well as a twin-turbo, 3.5L V6. Deliveries are scheduled to being sometime in 2022.

The original launch was planned for the spring of 2022 Supply constraints are probably to blame for this delay Genesis says to expect...
Read more
Previous articleIs this the Lexus LFA’s Successor?
Next article2022 Nissan Pathfinder Review: Back in the Mix