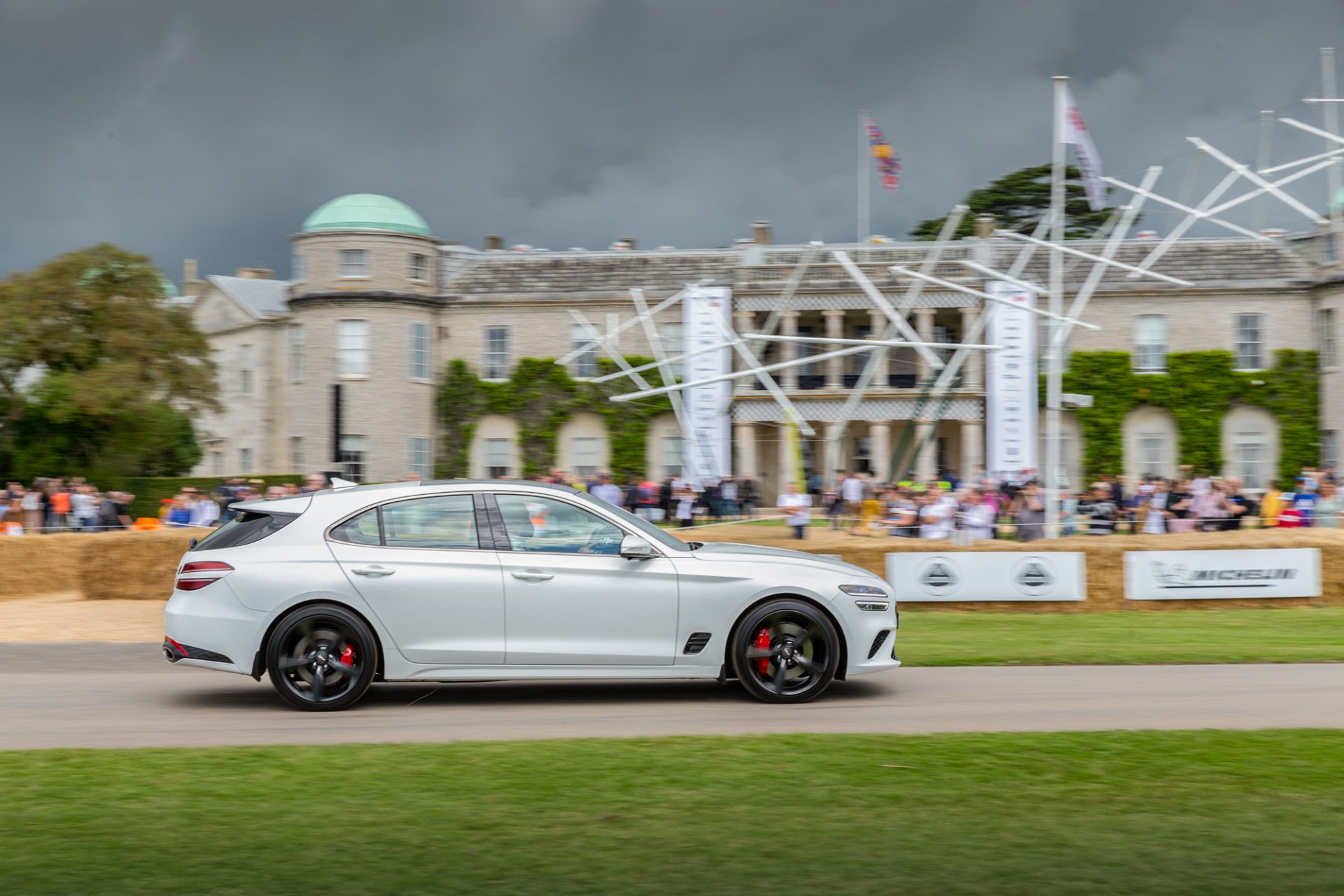 The day it launched the station wagon version of the G70, Genesis is already saying it thinks the version will outsell the sedan. In Europe, that is, because of course the long roof G70 is not expected to go on sale here unless you want the GV version instead.

Predicted sales would put the Genesis G70 Shooting Brake ahead of the G70 sedan, Genesis Europe head Dominique Boesch told Automotive News Europe this past week at the Goodwood Festival of Speed. He does expect the GV70 crossover to be the brand’s top seller overall in that market, once it launches later this year.

The 70 models will join the larger G80 and GV80 sedan and SUV, which are both already on sale in the UK, Germany, and Switzerland.

Euro buyers will be able to get their G70 wagon with a 2.0L turbo-four or a 2.2L diesel. The 3.3L turbo V6 offered here is still being hemmed and hawed over. No hybrid or PHEV models will be offered, which could hurt the car’s sales in some low-emissions urban areas of the continent.

As part of the Goodwood launch, Genesis commissioned a video of the car up the increasingly iconic hill climb that is the driveway of Goodwood House. It was shot by an FPV drone and saw the drone reach speeds of 100 km/h in the hot pursuit. The drone footage shows a unique look inside the manor as well as the grounds that is home to massive auto gatherings including the Festival of Speed, Revival, and Members’ Meeting.