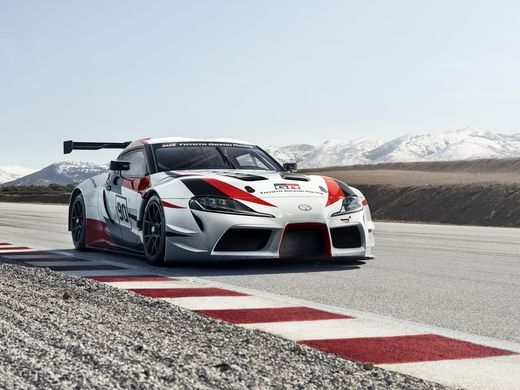 We see what you did there Toyota. You know that the only thing the world cares about at the moment is a new Supra so you teased a rear wing a few weeks ago that made us hope that the Supra would be unveiled in Geneva. Then you unveiled a really sharp looking race car that you sort of called Supra. But it’s not the Supra. It’s a representation of Toyota’s willingness to bring back the Supra eventually.

Then you told us that the next-gen Supra would be unveiled next year, in early 2019. That means we will probably see the next Supra at the North American International Auto Show next January. So that leaves us with what?

Well, we still can’t wait to see the next Supra. And this concept, again, is pretty impressive but it’s ultimately a race car with some plastic aerodynamics on it. So not really much to talk about except the design which is pretty darn nice.

It also points to a new Toyota. One where beige Corollas give way to really big wings, and where the bland design philosophy that gave us the fourth-generation Toyota Avalon and the 2008 Toyota Sienna is a thing of the past.

The Toyota Supra will be the cherry on top of what Toyota began a few years ago when it introduced the new-gen RAV4 and Corolla. No longer beige and not-so-boring, this new way of seeing things at Toyota will culminate, we hope, with one of the most beautiful sights a car enthusiast can lay his or her eyes upon: a new Toyota Supra.

This will be available to every Rivian vehicle ever made. The company has yet to confirm the details of this future update. This...
Read more
Previous articleGeneva Auto Show 2018: 2019 Lexus UX
Next article2019 Mercedes-Benz A-Class unveiled in Geneva : it’s a beauty