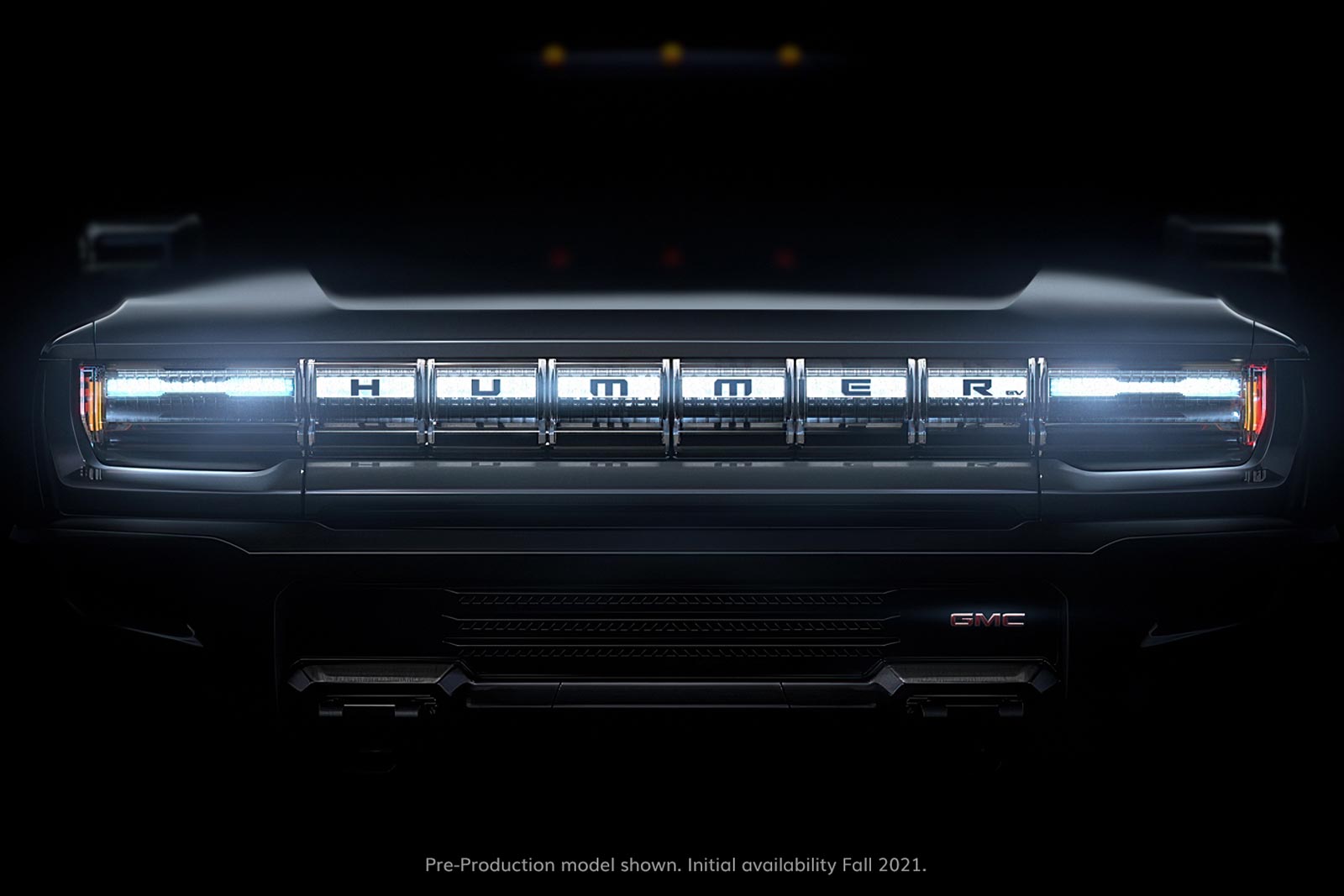 The resurrection of the HUMMER nameplate has been the subject of rumours for a few weeks now, and now General Motors has just officially confirmed its return. This time around, instead of being environmentally unfriendly, gas-swilling trucks, the GMC HUMMER EV will be a zero-emissions, fully electric pickup truck.

And the claimed output numbers are pretty impressive: 1,000 horsepower, 11,500 pound-feet of torque (axle torque?), and a 0-to-60 mph (0-96 km/h) time of three seconds. Not bad at all, and in line with what other future EV pickups are promising from a performance standpoint.

Those GMC HUMMER EV competitors will be the Rivian R1T, the Tesla Cybertruck, the Workhorse W-15, the Lordstown Motors Endurance as well as the Ford F-150 EV.

As its name suggests, the HUMMER will be sold under the GMC brand instead of being marketed as a separate brand as before. An odd decision, but an understandable one. After all, GMC seems to having success with sub-brands such as Denali and AT4, so there’s potential for HUMMER here. 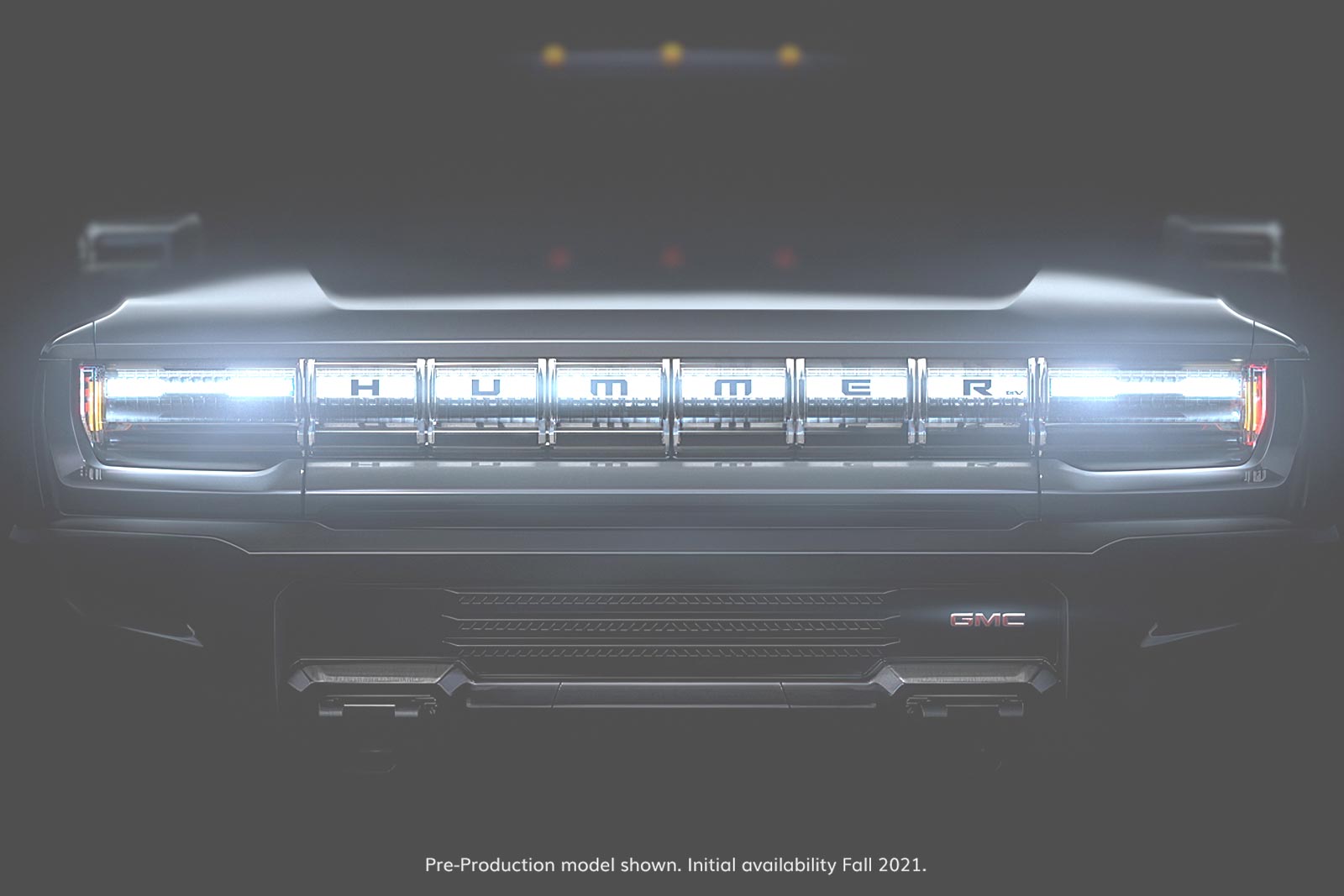 Only one image has been published so far by GM, revealing the pickup’s front end. HUMMER’s trademark seven-slot grille (also Jeep’s trademark, but whatever) is replaced by full-width lighting with chrome trim that reminds us of the vertically split grille of the past.

By boosting the brightness of the image, we can spot a little more detail in the lower bumper, which carries GMC design influence in the mix. Actually, the GMC logo appears on the bumper, in a much smaller size than on the brand’s other products. We can also see a tiny “EV” inscription near the R in the grille, and rooftop clearance lights indicate that this will likely be a fairly big rig.

GM will broadcast a 30-second ad titled “Quiet Revolution” during the Superbowl next weekend, and the modern-day HUMMER will make its official debut on May 20, 2020. “GMC builds premium and capable trucks and SUVs and the GMC HUMMER EV takes this to new heights,” said Duncan Aldred, vice president of Global Buick and GMC, in a press release. “We are excited to debut our revolutionary zero-emissions truck during the biggest night in TV advertising.”

The new EV pickup will be built at GM’s Detroit-Hamtramck assembly plant in Michigan, where the company will be concentrating most of its EV truck efforts. The Cruise Origin driverless ride-sharing vehicle will also be built in Hamtramck, and the plant will shut down on February 28th for retooling. Production of the Cadillac CT6 should cease imminently there, and the last Chevrolet Impala will roll off the line at the end of February.

In addition to the GMC Hummer EV pickup, which should go into production at the end of 2021, a fully electric SUV should also be introduced at some point, probably wearing the Hummer name as well.