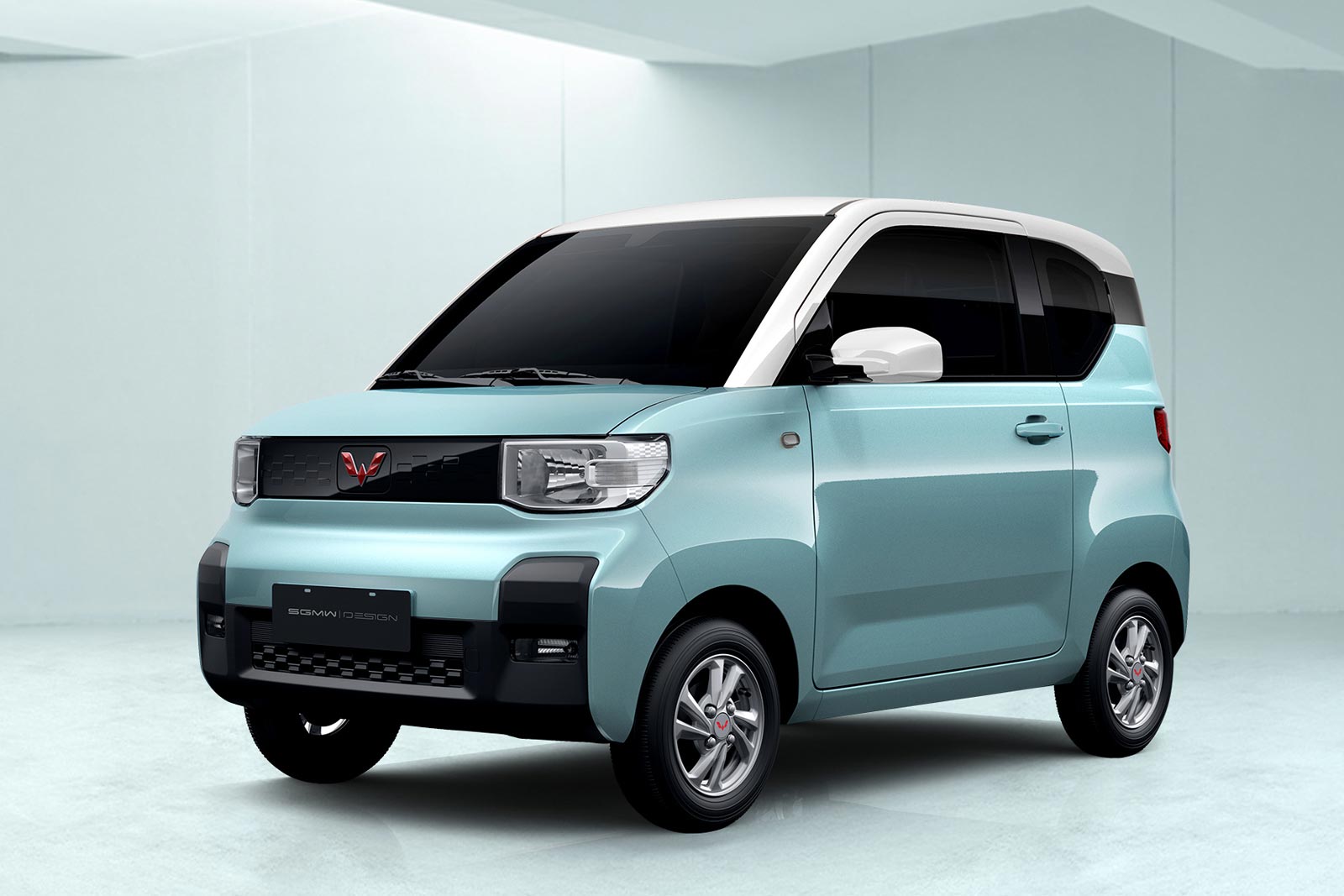 This four-seat minicar is a Chinese-market exclusivity.

General Motors is planning an electric vehicle revolution over the next few years, spread through all its brands, and although we’ll be getting mostly crossovers and pickup trucks, the company has just introduced the Wuling EV minicar on the Chinese market.

The Chevrolet Menlo EV Is An Electric 'Wagon' For China

This cute little electric car doesn’t have an official name yet, but for now, it’s called the EV. For those who don’t know about GM’s operations in China, the automaker has partnered up with local companies to form the SAIC-GM-Wuling joint venture—which exploits the Baojun and Wuling brands. 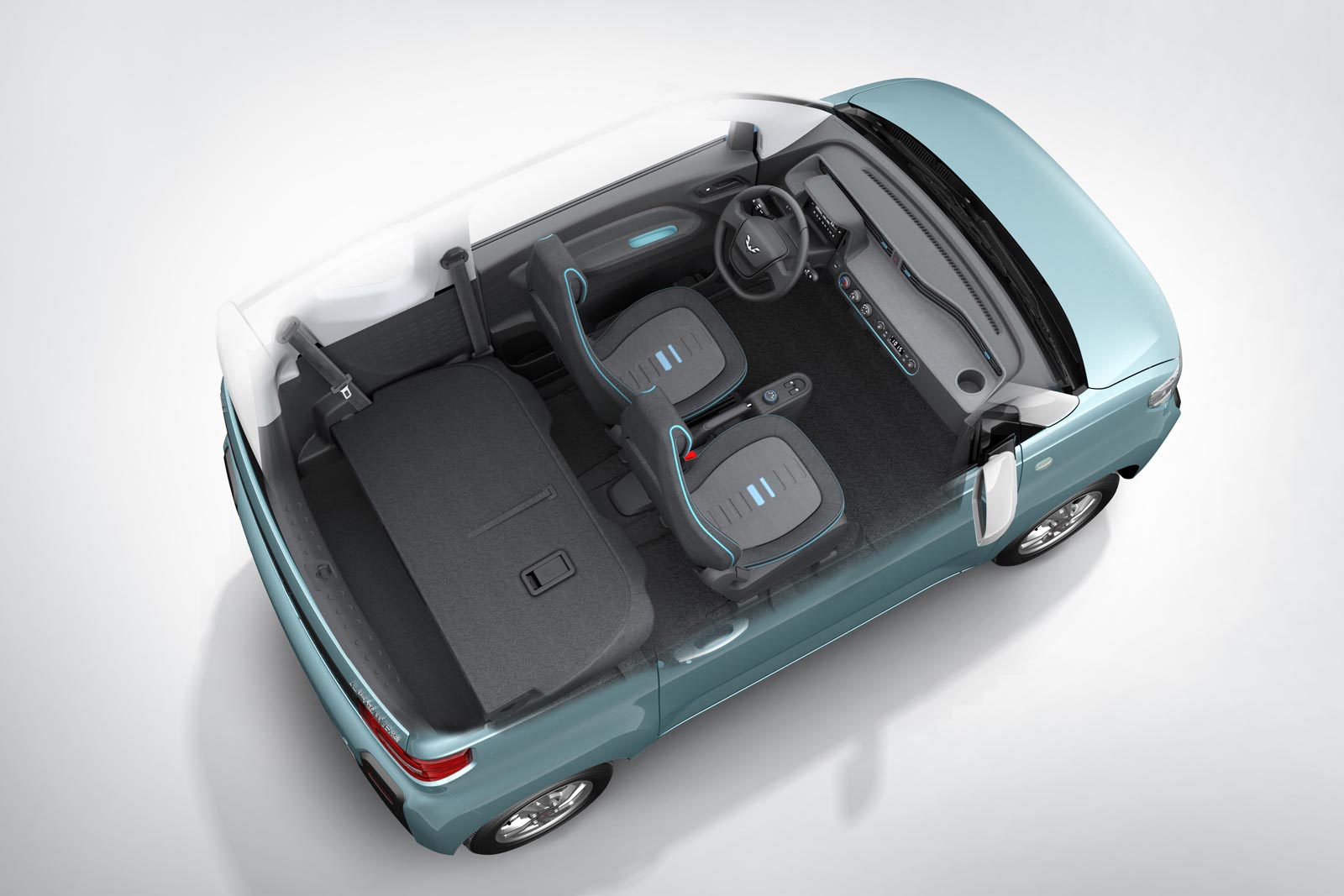 The Wuling EV is very small with an overall length of 2,917 millimetres, along with a 1,493-mm width and 1,621-mm height. Despite its telephone booth size, it can carry up to four passengers, and by folding down the rear seatback, cargo space grows to 740 litres—which the brand claims is roomy enough to haul two 26-inch suitcases or a baby stroller.

GM hasn’t released any official technical details yet, but other sources claim the Wuling EV is equipped with a rear-wheel drivetrain and an electric motor that produces 27 horsepower. Two battery packs will be offered, one with a capacity of 9.2 kWh and a second one with 13.8 kWh. Driving range is also unknown, but for the sake of comparison, the Mitsubishi i-MiEV sold on our market from 2012 to 2017 had a 16-kWh battery and a range of 100 to 160 kilometres, depending on the test procedure of each region. So we figure about 80 to 120 km for GM’s new minicar. 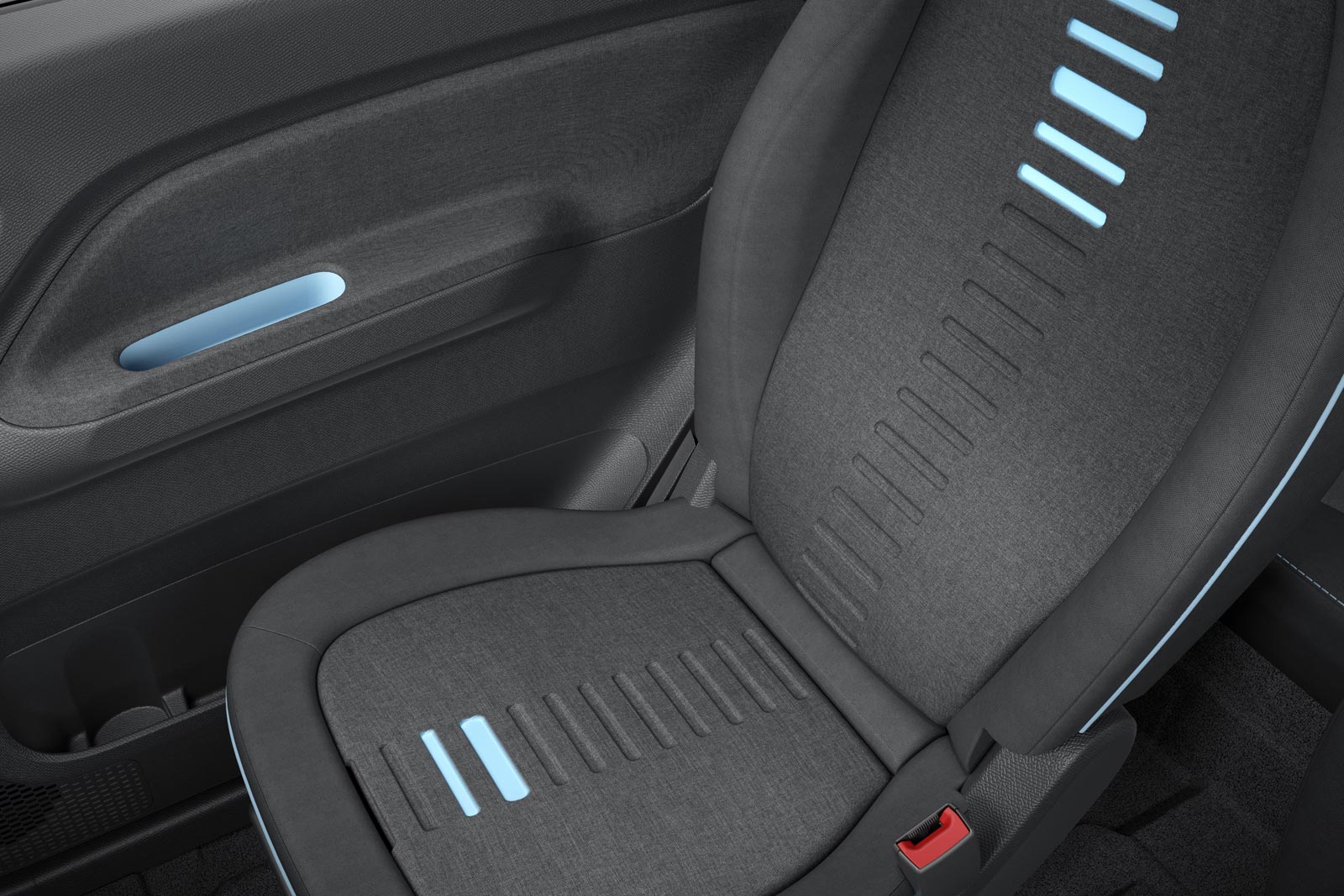 The Wuling EV’s cockpit is pretty minimalistic, with gray fabric upholstery, a gray and white interior as well as blue accenting here and there. The front-seat footwell is devoid of a lower dashboard assembly, with only a small console popping up for the transmission selector and power window switches. Meanwhile, there’s no fancy touchscreen infotainment system, with a small radio station display and a few buttons sitting alongside three climate control rotary dials. The driver gets a fully digital instrument panel, though. 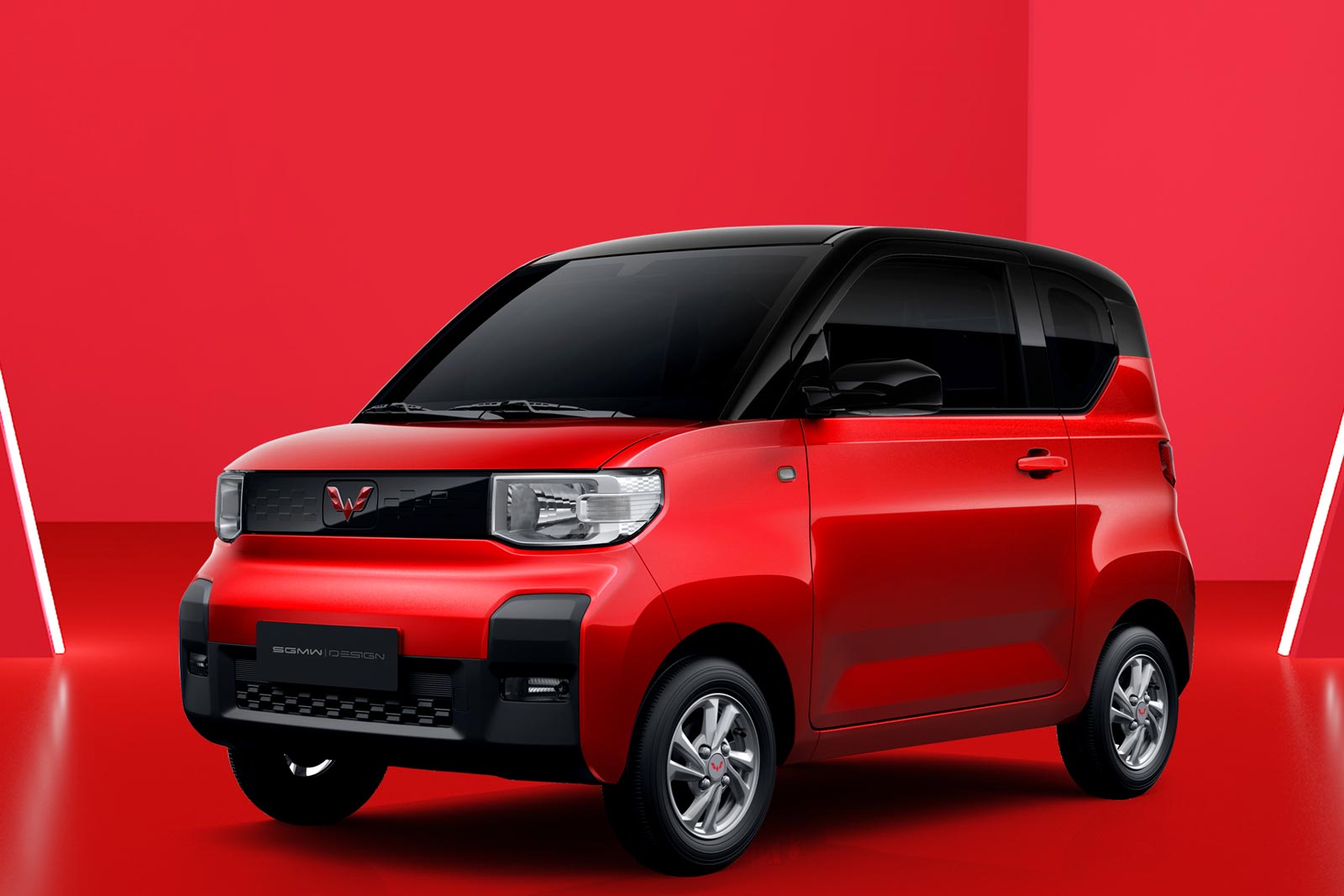 Obviously, a minicar such as the Wuling EV won’t interest many North American consumers, and for now, it’s limited to the Chinese market. And even there, electric vehicles have yet to pick up steam in terms of sales. General Motors doesn’t sell the Chevrolet Bolt EV there, but instead introduced the Chevrolet Menlo EV, a low-roof, wagon-esque crossover that actually looks pretty good, as well as the Baojun E300, a two-seat EV that likely shares its platform and some components with the Wuling EV. The latter should go on sale later this year, right before its official name is announced.

In North America, GM will launch a slew of electric vehicles such as the GMC Hummer EV in pickup truck and SUV form, the Cadillac Lyriq crossover, the flagship Cadillac Celestiq sedan, the Chevrolet Bolt EUV as well as Chevrolet and Buick EV crossovers. These products are supposed to hit the market by the end of 2021, but with the current coronavirus COVID-19 crisis, they could be delayed a little.