Wondering if you should cover your license plate when taking a picture of your car? Well, the answer is yes if you don’t want people searching it online.

Google and Facebook are apparently capable of recognizing the numbers and letters on a license plate in an image and then bringing up that image when the sequence is searched.

We decided to put the feature to the test and found that it works surprisingly well.

We searched “CJNS 842” and our Toyota Supra press vehicle was right at the top.

The results appear to last a while, too. 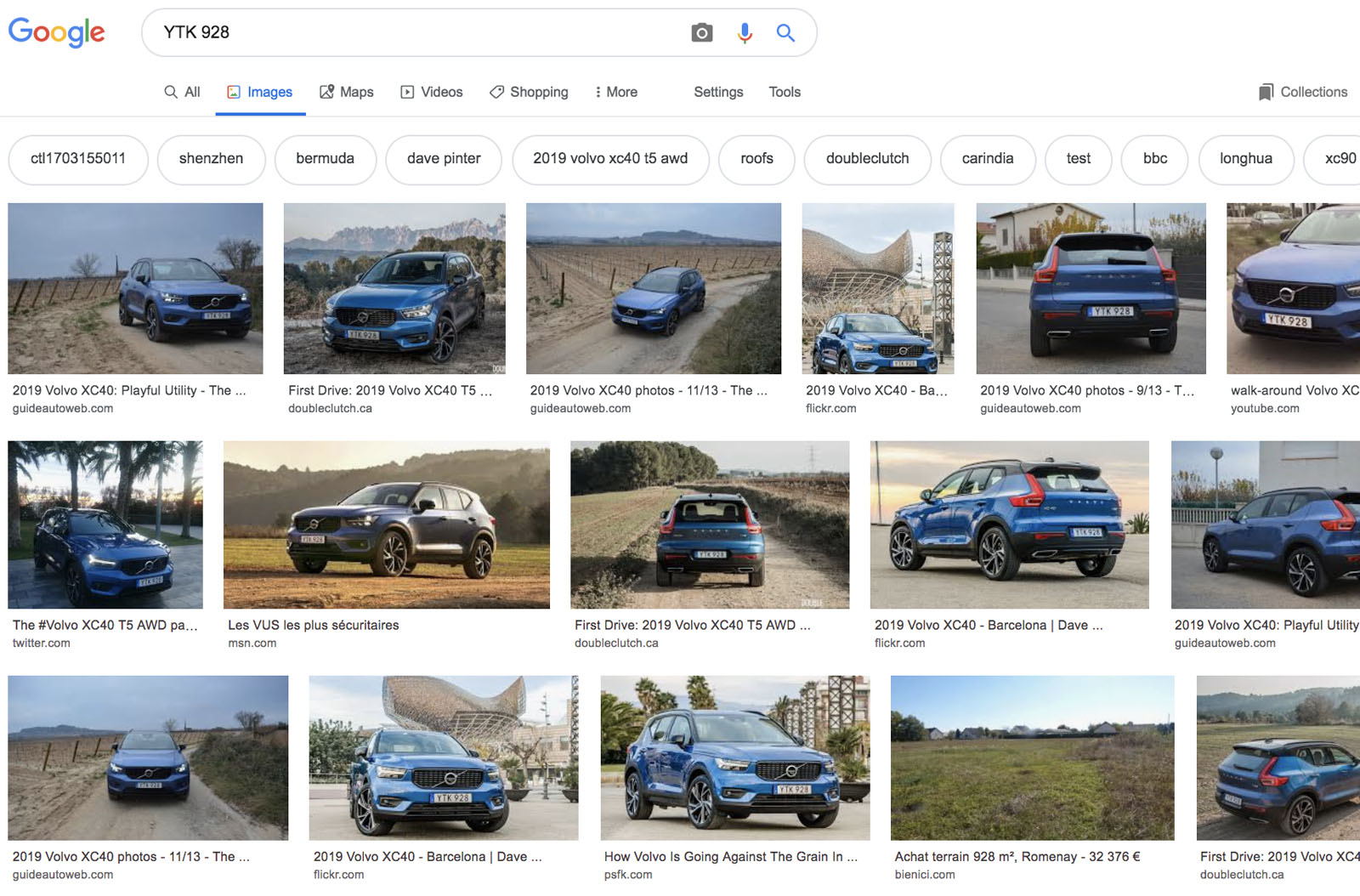 …And a search of BSEB 322 brought up the Lincoln Navigator we drove two years ago. We also learned that it’s now on a Ford Escape press vehicle through the search.

For some, this won’t be a huge deal. On the flip side, there’s something disconcerting about knowing that something so personal is being recorded and available for the world to see through a simple search.

Maybe someone sees your car, likes it, Googles the license plate, sees your home address because you took a picture of it in your driveway and you live on a street corner so the name of the street is also visible and then they go and steal your car.

Or maybe we are just being paranoid…