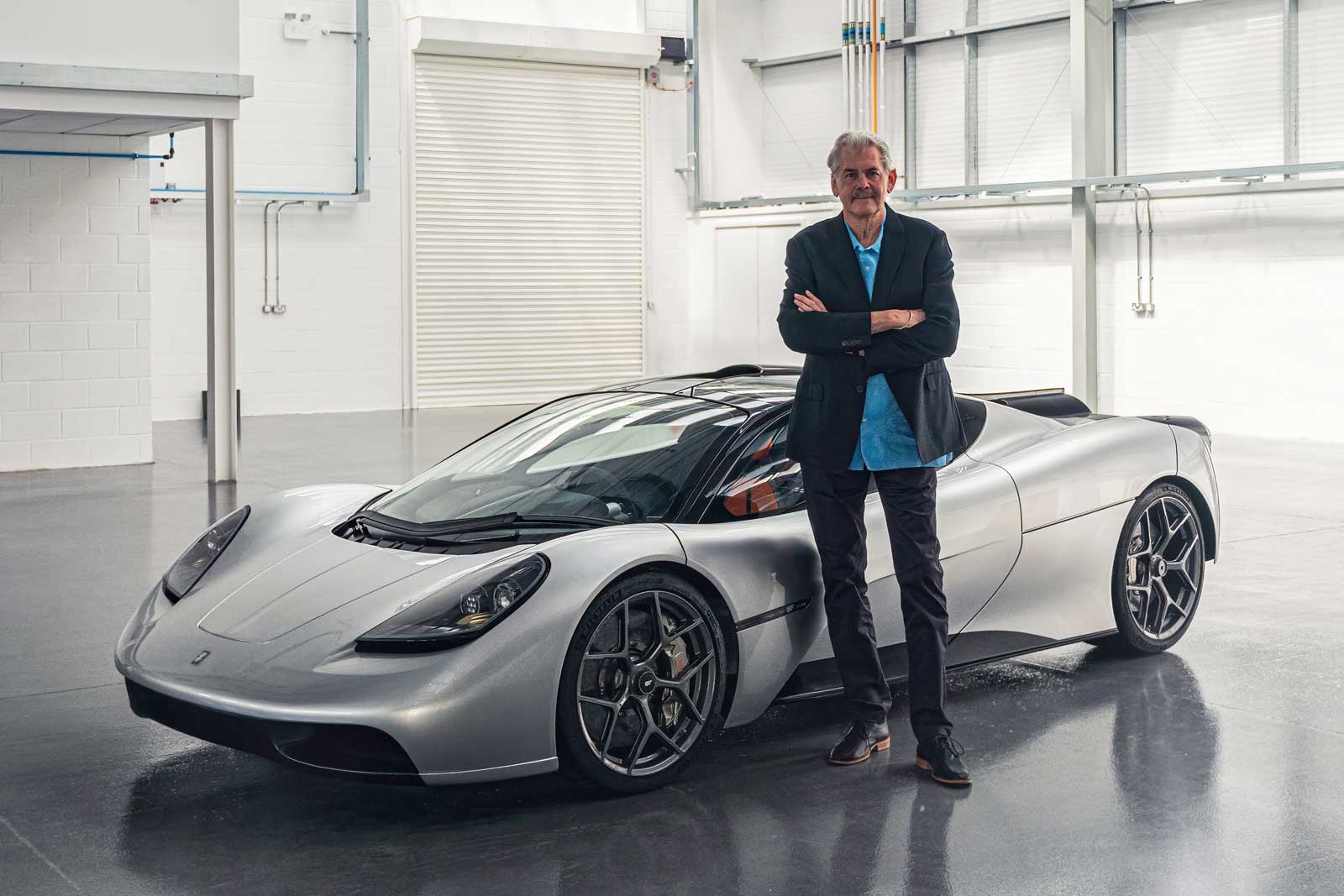 What does a 720 hp, 4.0L V12 from Cosworth that can rev to 12,100 rpm sound like? Watch this video and get a good idea of what might be hiding under the bonnet, as they start up the prototype T.50 for the first time

The T.50 is the latest project from Gordon Murray, the famed F1 designer who didn’t stop his automotive work just because he retired from McLaren’s road car division back in 2004, and his company Gordon Murray Automotive.

It’s sort of a spiritual successor to the F1, Murray’s original fast road car, though we’re not sure McLaren would like that pointed out.

Called the Gordon Murray Automotive T.50, it will come with ultralight construction and a six-speed manual gearbox. It’ll even have a rear-mounted fan for aerodynamics, literally sucking the car to the road.

Now racing driver Dario Franchitti is showing us the first start-up of the V12, as found in an Ultima-based prototype car used for development. Named George, after the F1 prototype, this car uses a different chassis but has the T.50 engine, its pedal box and headers.

It, of course, sounds amazing, though you won’t hear much of it revving or making a full dyno pull. This is a test mule, after all, and there will be plenty of time to let it sing later.

In fact, in addition to this video, Franchitti will be part of a series of shorts showcasing the story and development of the T.50, all the way until the road car debuts.

13 prototypes will be needed to complete the development work, a big chunk of cars when they’re planning to build just 100 for road and 25 for track, but that’s what it takes to build a series production vehicle these days.

The concept is based on the PPE platform. Could Audi build a true offroad EV 4x4? The concept transforms into a pickup truck.   Audi...
Read more
Previous articleMcLaren Does Gulf-Livery Elva, But This Time it’s Official
Next article50 Years of Range Rover so Why Not a Parade?