Hennessey Might do GTR-Style Venom F5 for Ring Lap Attempt 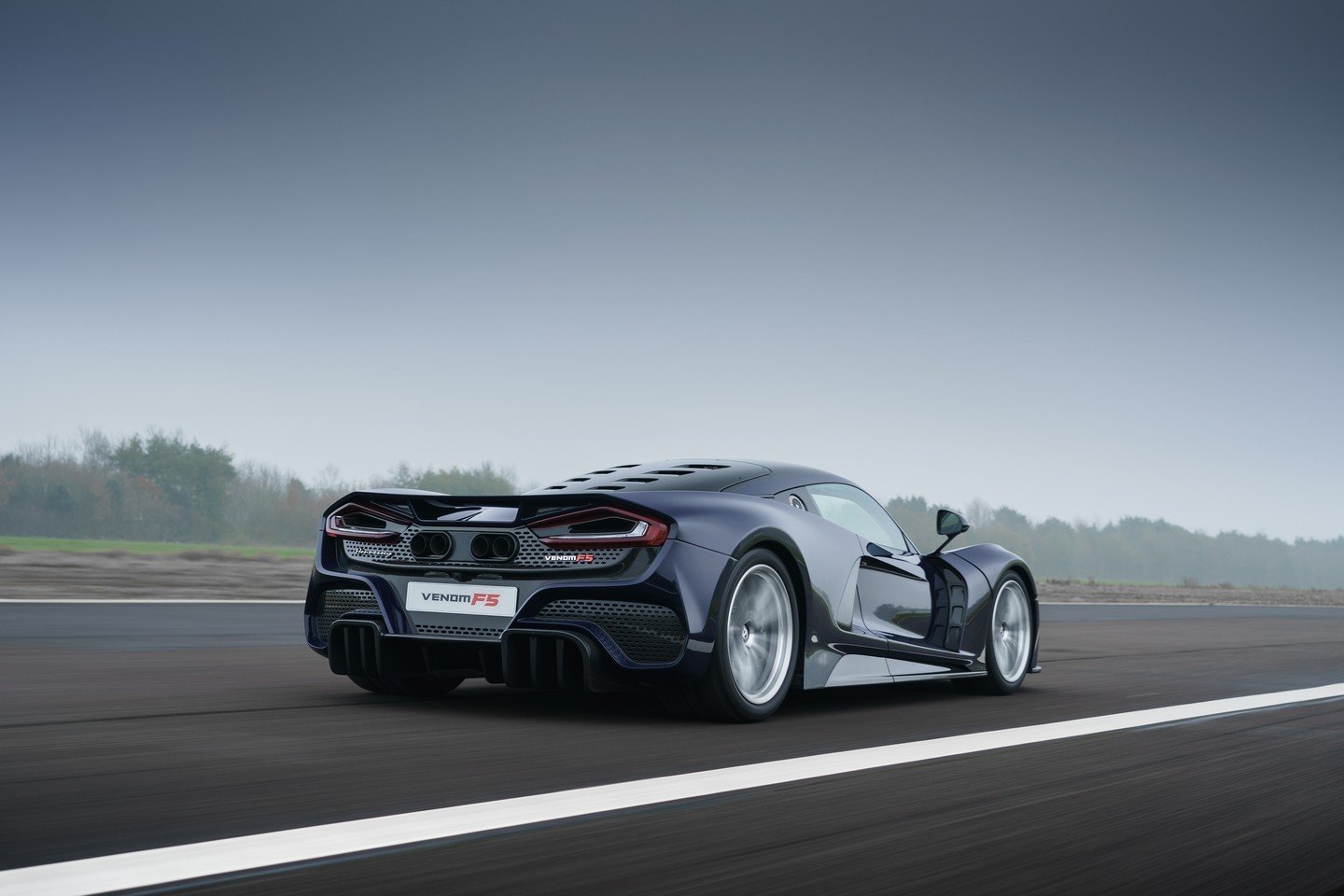 In case the original wasn’t enough, Hennessey Performance is open to building an even more focused version of its 1,800 hp Venom F5 hypercar. Before that happens, though, the automaker needs to put the current car through the remainder of development and then send it after the records it’s intended to break.

Speaking with TopGear, Hennessey boss John Hennessey talked about the plans for a possible GTR-type version of the hypercar that already makes 1,792 hp and 1,192 lb-ft from a 6.6L twin-turbo V8 named Fury. That car is estimated to hit a top speed of around 550 km/h, and according to company simulations is capable of 0-405 km/h in a Bugatti and Koenigsegg-beating 15.5 seconds.

“Right now, we’re focused on the car as it is,” Hennessey told the site. “We do get the question from time to time, whether we might do a track-focused car, or other derivatives.”

He added that “at some point I think a high-downforce, GTR-type version would be cool to do.” That would be a car aimed at the Nürburgring rather than flat-out top speed. “We’re not trying to go out and go five minutes or something crazy like that, but we would like to validate a proper lap under seven minutes with the car,” he told TG. A sub-seven minute time would put it with the likes of the Porsche 911 GT2 RS and Lamborghini Aventador SVJ LP770-4. The latest Koenigsegg and Bugattis don’t have “official” ring times.

What the company won’t do is electrify, the man with his name on the badge said. “There won’t be an electrified version,” not leaving much room for interpretation.

It’s October. The time has come to look at your winter tires Tip: Don’t wait until November to book an appointment or to...
Read more
Previous articleUS Transport Secretary Unaware of Administration Support for 2035 ICE Vehicle Ban
Next articleIt’s Official: Tesla’s Shift Control Is Not Illegal

With the all-new 2023 Nissan ARIYA, Nissan is shaking things up in the EV space. The ARIYA offers a choice of 63 kWh or...
Read more
News

According to US registration data, most EV drivers choose another EV when replacing their vehicle Tesla enjoys very high customer loyalty, with 91%...
Read more
News

Ford says 80% of Maverick buyers are new to truck ownership. Many of these people previously owned a Honda Civic, a CR-V, or...
Read more
News

Red, white, and blue versions of the handcrafted TLX will be offered Each of 300 handcrafted by Acura's NSX techs at Performance Manufacturing...
Read more
News

When it comes to electric cars, one of the main concerns for many drivers is range anxiety - the worry that you won't be...
Read more