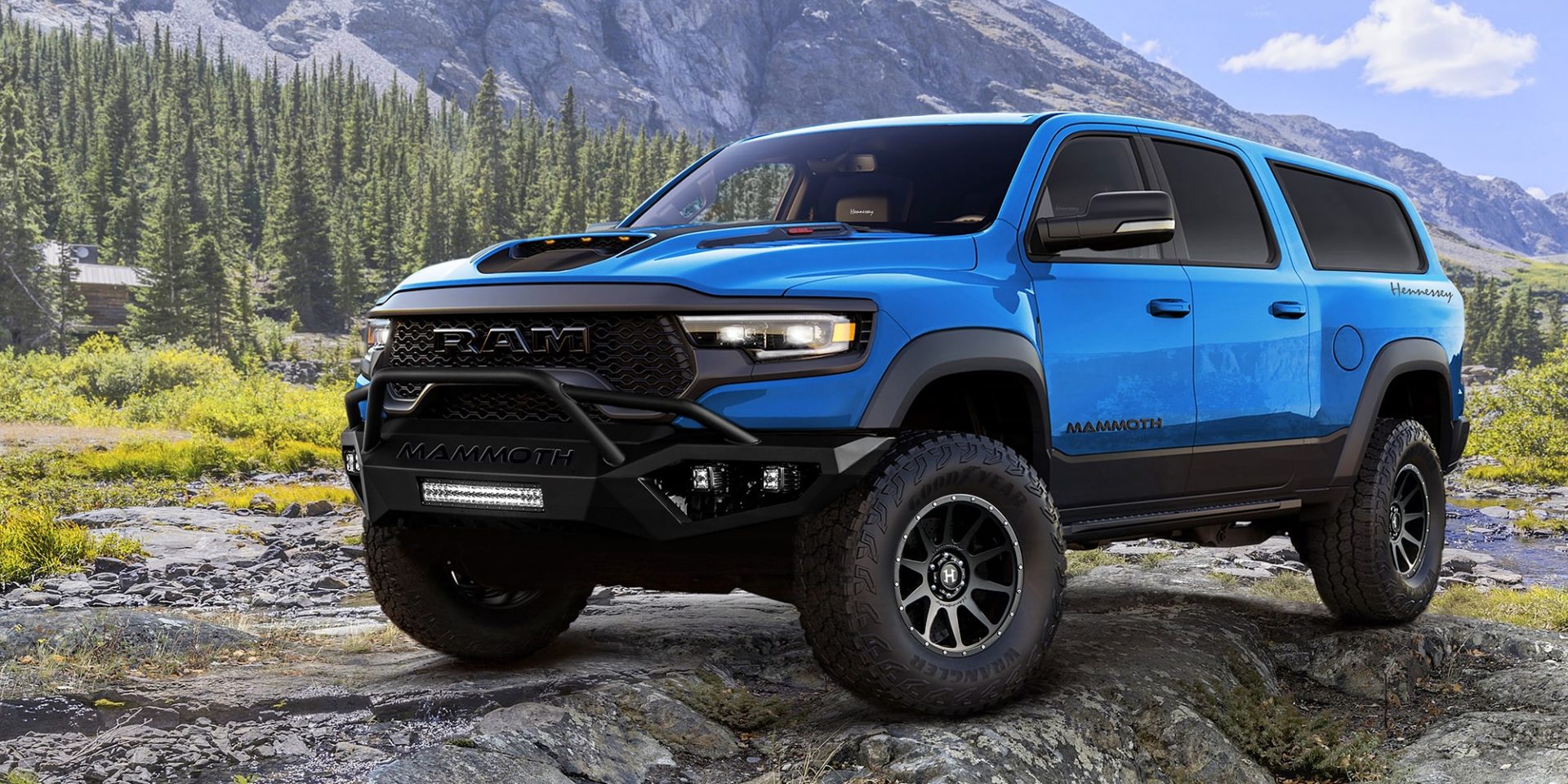 Hennessey Performance is going after the Ram TRX, but it’s not exactly the brand’s usual monster power figure. Well, it is that, but it’s something more. On top of more than 1,000 hp from the TRX’s supercharged V8, this one is a seven-seater. New bodywork extends the roof all the way to the back and gives you room to terrify six passengers along with bringing their stuff with you.

Called the Mammoth 1000 SUV, it starts with an upgraded supercharger and new engine management to give the truck 1,012 hp and 969 lb-ft of torque, 310 hp and 319 lb-ft more than the standard TRX. That’s new pulleys upper and lower, new cats, new injectors, and a new blower.

Then the new bodywork encloses the bed and blends it into the cab like some sort of Ramcharger from hell, with new rear glass and extra seats to let you bring the whole family along. Hennessey says it’ll seat seven adults “in comfort.”

Because the standard TRX just wasn’t enough, this beast gets a 2.5-inch lift as part of the Mammoth Off Road Package that also comes with a custom front bumper, 20-inch wheels, and 35-inch off-road tires.

This woolly Mammoth comes with a three-year warranty, though with only 20 planned Hennessey likely doesn’t expect many claims. Pricing starts from $375,000, and we can’t decide if that’s outrageous for a Ram or a heck of a deal for everything that you get included with the beast.

Surprisingly, it’s not the first time Hennessey has done something like this. Company founder John Hennessey says he still owns his first-generation Ford Raptor that got a similar treatment to become the VelociRaptor SUV.

The hybrid Civic will be available in Hatchback and sedan forms and will share its powertrain with the Accord hybrid. Gasoline-only powertrains will...
Read more
Previous articleAudi Sport Showcases RS Lineup Changes for 2022 Including More Powerful R8
Next articleToyota Launches New Sienna Woodland Special Edition