A new Civic is coming, but no new EVs in sight for North America.

The 2021 calendar year is an important one for Honda, which will launch the next generation of its ever-popular passenger car. Otherwise, the rest of the product lineup will see minor changes and enhancements.

On the electrification front, Honda tried its luck several times since the turn of the century with hybrid, plug-in hybrid fuel hydrogen fuel cell powertrains, but as good and fuel-efficient as their products were, they couldn’t match Toyota’s sales success. However, the Japanese brand isn’t about to give up the fight, and since the industry as a whole is moving towards electric vehicles, it can’t even if it wanted to. It has recently teamed up with General Motors, with which it will share Ultium batteries and platforms. Here’s what to expect from the Honda brand in 2021.

First and foremost, the 2022 Honda Civic is on its way, as we recently caught a glimpse of the all-new generation when the automaker unveiled the Civic Prototype on Twitch. No technical specifications have been revealed so far, but the sedan and five-door hatchback will once again be available. The Civic Coupe is history, and for now, so is the Civic Si variant. The 2021 Civic sedan and hatchback carry on with little changes, but the manual transmission is no longer available in the four-door. As for the Civic Type R, the yellow-painted Limited Edition variant quickly sold out. 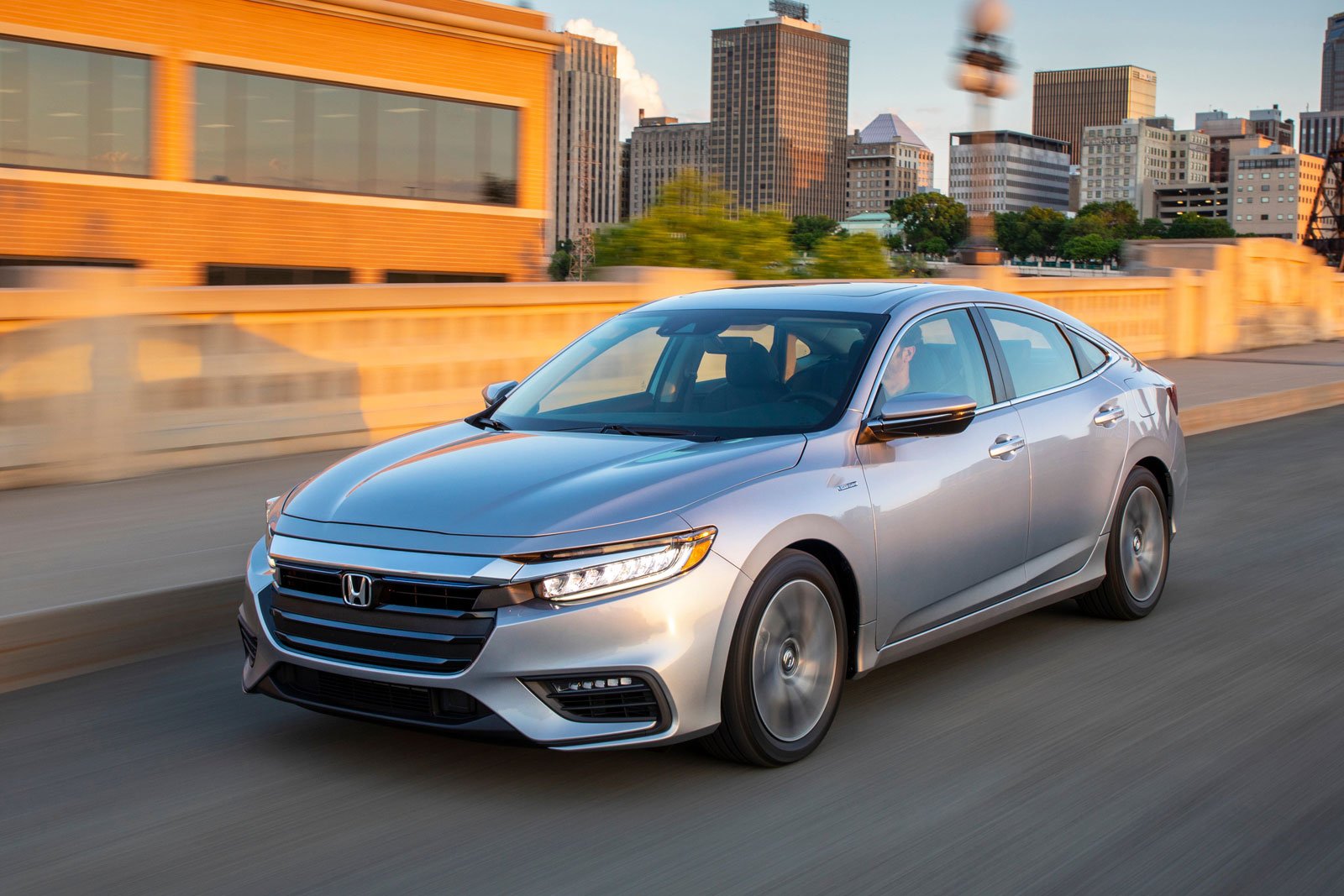 The 2021 Honda Insight rolls into the new year with a new blind-spot monitoring system, which replaces the Honda LaneWatch camera that only covered the passenger-side blind spot. The sedan is equipped with a hybrid powertrain consisting of a 1.5L inline-four and an electric motor for a combined output of 151 horsepower.

Minor charges as well for the 2021 Honda Clarity, although the fully electric variant sold in the United States has been dropped. The Clarity Fuel Cell is still available, but in the State of California exclusively, and only for lease. The Clarity PHEV is offered in the both the U.S. and Canada with no changes for 2021, which features a combined 212 horsepower as well as an EV driving range of 47 miles or 77 kilometres.

For the 2021 model year, the Honda Accord loses its manual transmission, but gains a value-packed Sport SE trim level, wireless Apple CarPlay and Android Auto integration as well as styling revisions.

The Honda Fit subcompact, although it has been recently redesigned, will no longer be sold in the U.S. and Canada due to a general lack of customer interest in small cars.

One of oldest products in the brand’s lineup, the Honda HR-V is due for a redesign, which we’ll probably see sometime in 2021. For now, the HR-V enters the new model year with new wheel designs and privacy glass on the Sport trim level. It’s equipped with a 1.8L four-cylinder engine that develops 141 horsepower, matched to a continuously variable automatic transmission and front-wheel drive, with optional AWD.

The Honda CR-V crossover has become the brand’s best-selling model in both countries, overtaking the Civic as passenger-car sales are in a downward spiral. After receiving a mid-cycle refresh for the 2020 model year and adding a hybrid variant with a combined city/highway rating of 38 mpg, the CR-V gets minor changes for the new year.

Next up in the crossover hierarchy, the Honda Passport adds a new sound system with Apple CarPlay and Android Auto integration as standard equipment. Otherwise, it’s a quiet year for the two-row midsize utility, which is equipped with a 3.5L V6 good for 280 horsepower and 262 pound-feet of torque, with available AWD.

The much more popular three-row Honda Pilot gets a new value-minded Special Edition trim which, in Honda’s world, usually means the model is nearing the end of its product lifecycle. The SE features black 20-inch wheels, wireless phone charging and a hands-free power liftgate, among other things. Also, the nine-speed automatic transmission is now standard on all trim levels, and automatic climate control is now included in the LX variant in the U.S. market.

The Honda Ridgeline gets significant changes for the 2021 model year, including new and more aggressive exterior styling, along with redesigned alloy wheels and a wider track. Honda Performance Development (HPD) also created a styling package that equips the midsize pickup with fender flares, bronze-coloured wheels, a specific grille and bed wall graphics. The Ridgeline’s cabin gets a sound system upgrade with a physical volume knob, new cloth seat inserts with contrast stitching on the Sport trim level, in addition to new dash and door panel accenting. Power still comes from a 3.5L V6 that produces 280 horses, matched to a nine-speed automatic that’s connected to FWD or AWD systems, although the latter is standard in Canada.

Finally, the Honda Odyssey—one of five minivans left in the North American market—gets styling enhancements, a rear-seat reminder system so parents don’t forget their kids inside when they exit the vehicle, and the Honda Sensing suite of active safety gizmos is now standard across the board. It’s equipped with a 3.5L V6 that develops 280 horsepower, sent to the front wheels through a 10-speed automatic transmission.

It is located at the Carrefour Laval. This is VinFast’s second Canadian outlet. Vietnamese automaker VinFast is powering its way onto the Canadian, and...
Read more
Previous articleJapan Plans To End New ICE Vehicle Sales By Mid-2030s
Next articleMercedes-Benz 2021 Lineup: Models And Changes Overview