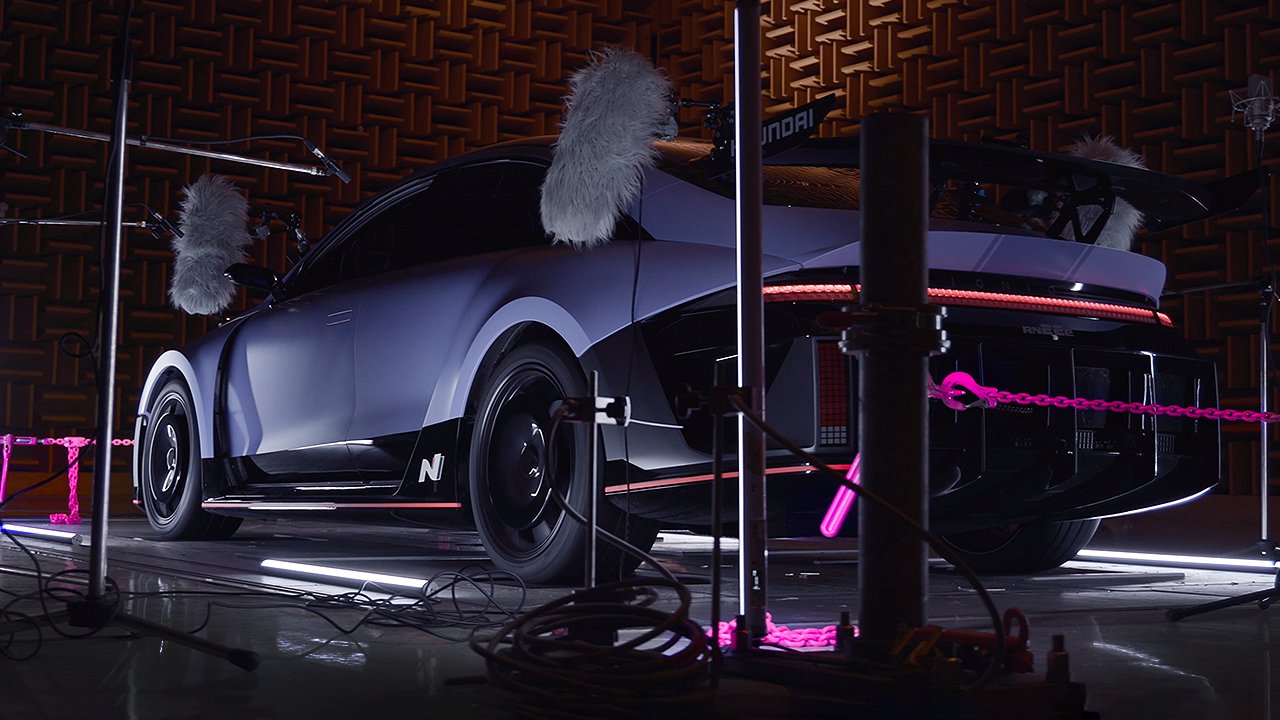 Hyundai second automaker to be working on a fake manual

Hyundai is planning a fake transmission to go along with its first electric N model. The Hyundai Ioniq 5 N is expected to get a virtual dual-clutch box called N e-shift.

The new faux-box is under development as part of the N brand rolling lab concept RN22e, reports CarExpert Australia.

It’s an idea quite similar to the virtual stick-shift Lexus revealed last week, only with slightly different targets. While Lexus wants a shifter and a clutch to make the car feel much more like a conventional performance car, Hyundai wants to make things easier.

The goal is to match the feel of a dual-clutch transmission. There won’t be an actual transmission, instead, it will be audio accompaniment by way of the car’s speakers. The sound will include a rev-limited-like bap bap noise while the powertrain calibration will recreate the feel of a lightning-quick DCT shift.

“The idea is to come pretty close to the feel and sound of the DCT in the i30 N hatch,” said Hyundai Executive Technical Advisor Albert Biermann. “This is what we want to deliver, complete with the same jolt and downshift vibrations you experience in our ICE N cars.

“When we started building an Ioniq EV concept, four or five years ago at our Namyang R&D centre, we were just using internal speakers and they weren’t enough, just okay, so we added external speakers and then started simulating shift vibrations and forces you would associate with the DCT in an i30 N.

“But now, in the Ioniq 5 N, this development is at the stage of fine-tuning, but we’re certainly not done yet, we’re still adding things like the rev limiter and the various sound characters you can choose between,” Biermann told CarExpert.

It would be controlled using paddle shifters and could be turned off. Expect it to be an extremely polarizing option, as many buyers want a performance EV for the unique feel of the EV, not as a replacement for the traditional gas engine.

The MINI Clubman is no longer available in Canada. Simplified equipment group lineups across the model line. New colours, new features, and of...
Read more
Previous article2024 Mazda CX-90 Will Feature Plug-In Hybrid Technology as an Option
Next articleThe Chevrolet FNR-XE Could Come to North America