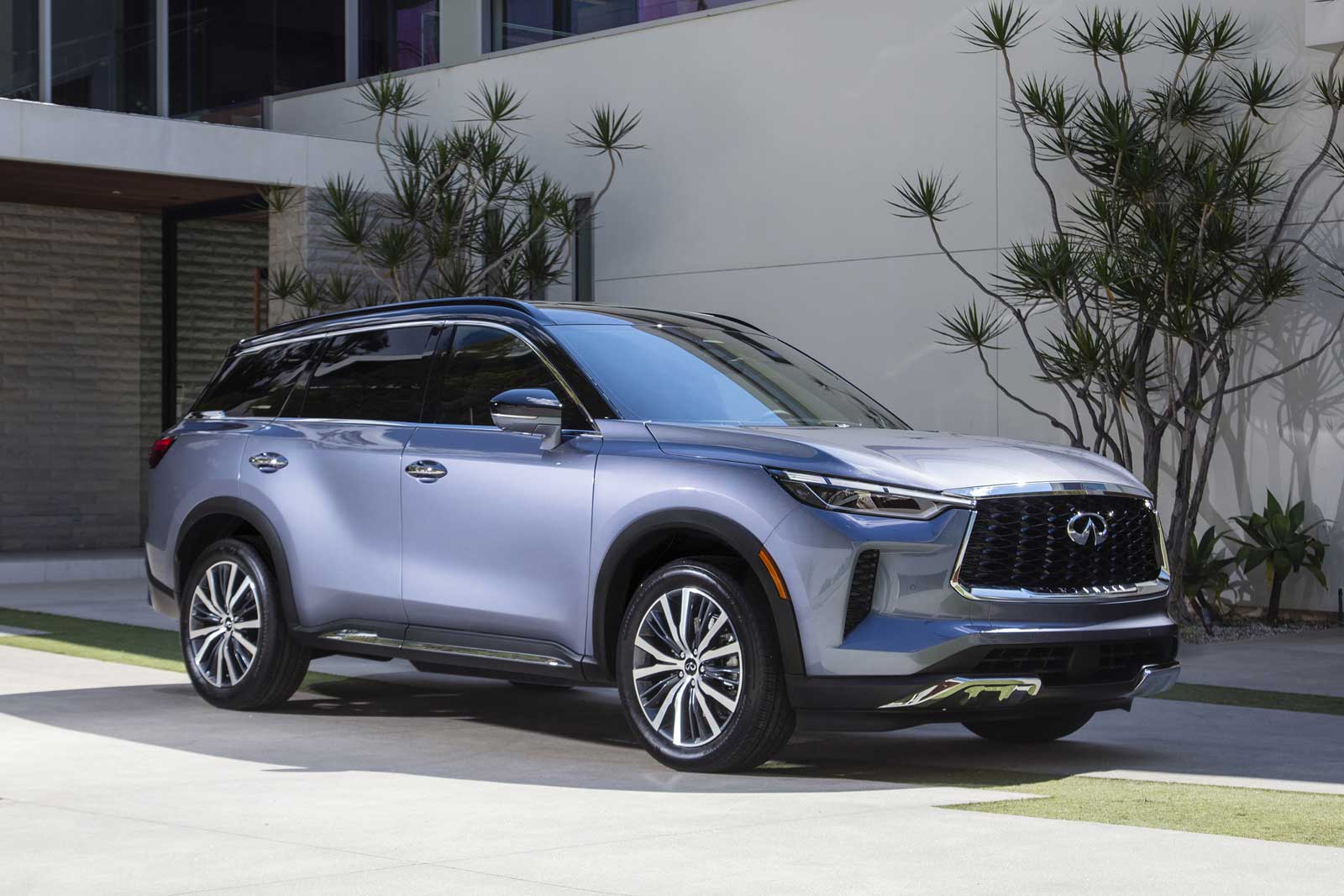 The brand’s bread-and-butter vehicle gets an overhaul.

Infiniti announced it will introduce its first EV in 2022.

Introduced in North America at the end of the ‘80s, luxury brand Infiniti lived some highs and some lows, but it seems to be rising from a few lean years as of late, with new products and a vision of the future.

In addition, after recently celebrating its 30th anniversary, the brand is betting all its chips on electrification, design and innovation. Here’s what to expect from Infiniti in 2022. 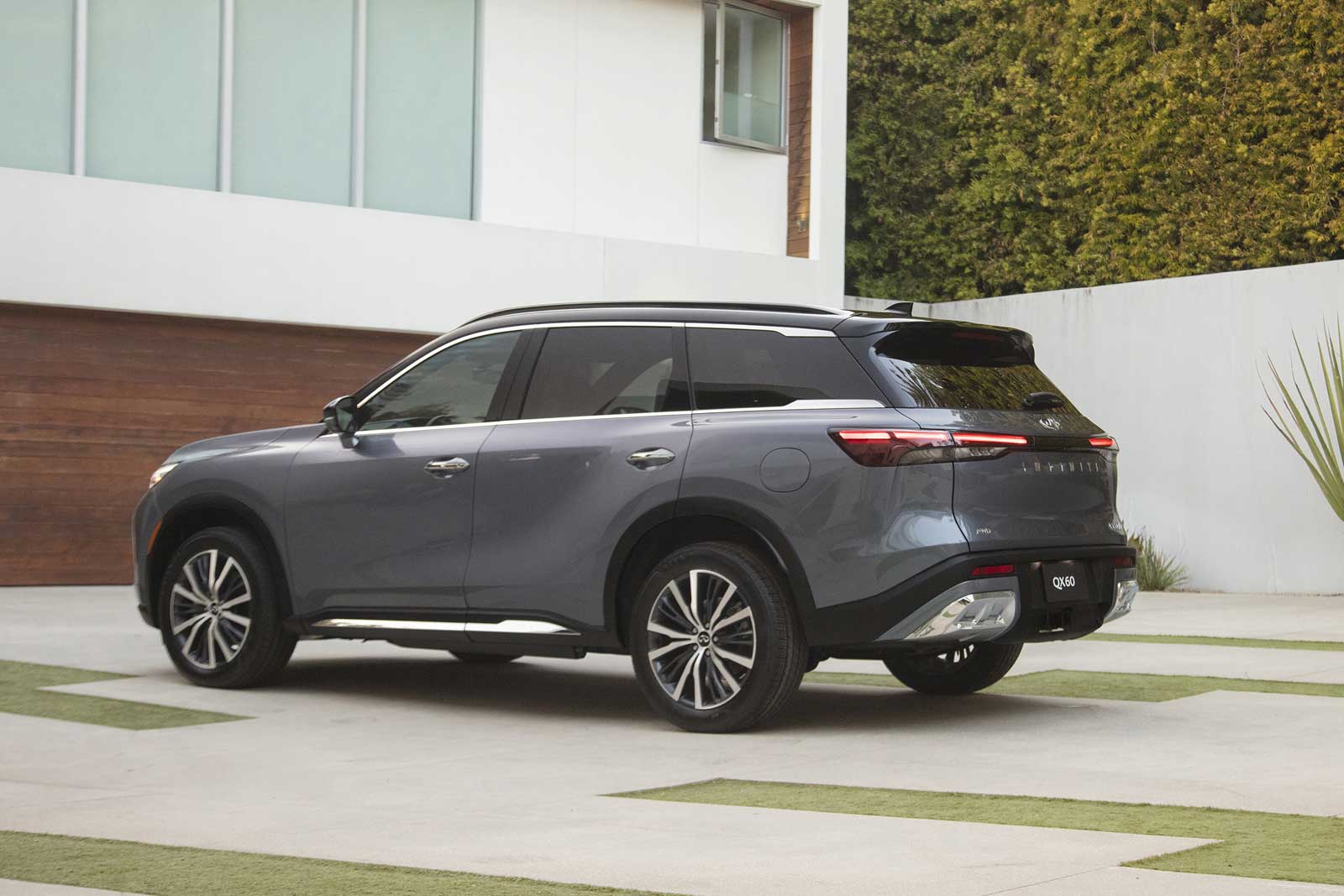 The Infiniti QX60 three-row crossover received a thorough redesign for the 2022 model year. Equipped with a slightly revised version of the company’s 3.5L V6, the QX60 boasts 295 horsepower and 270 pound-feet of torque, while the continuously variable transmission has been ditched in favour of a conventional nine-speed automatic. All-wheel drive is optional in the United States, and optional in Canada. In addition to the new exterior, the crossover’s cabin has been reworked with more interior room, more comfortable seats and new technologies, including a 12.3-inch infotainment touchscreen, a 12.3-inch driver instrument panel and 10.8-inch head-up display. 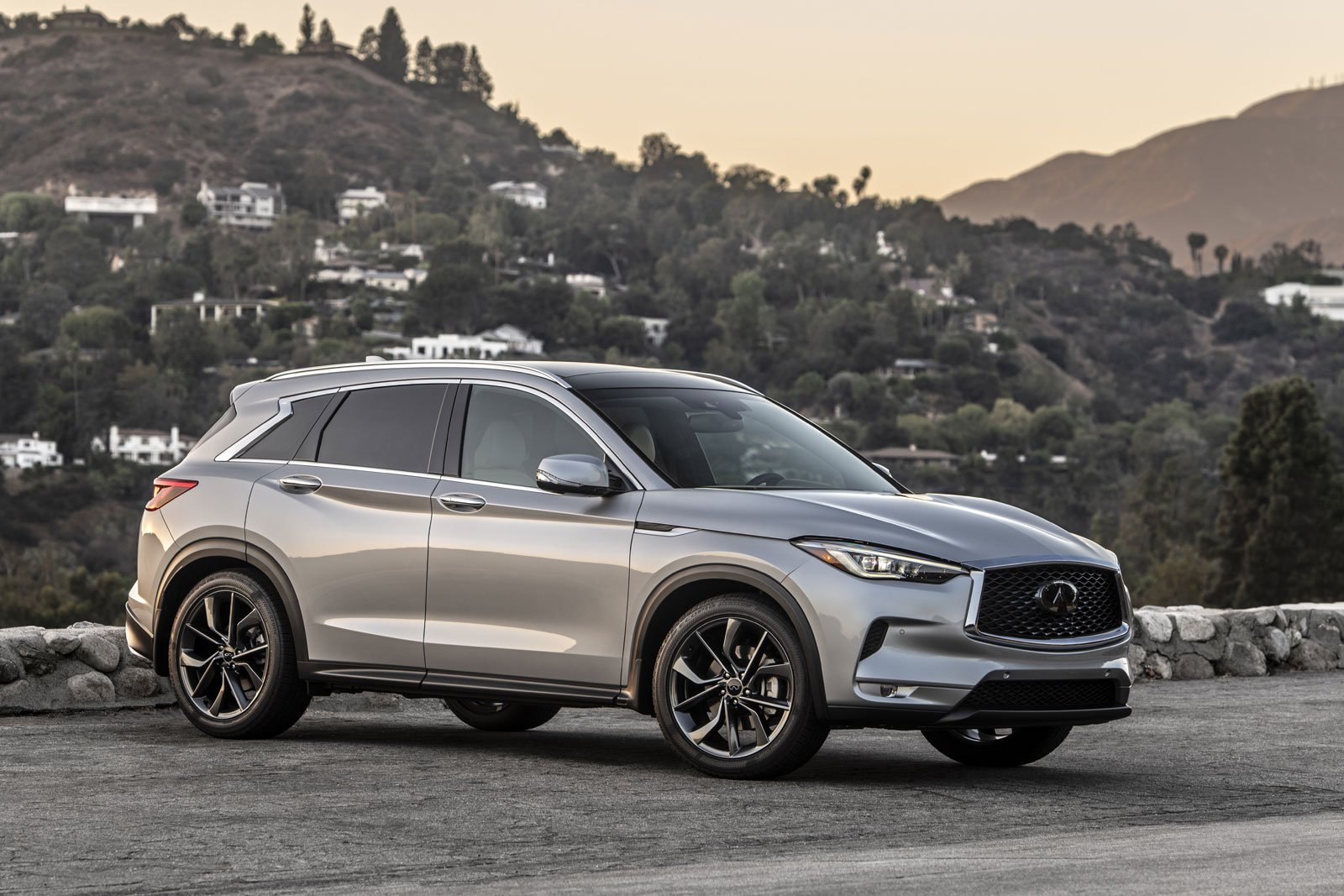 Meanwhile, the compact Infiniti QX50 is available in five trim levels in the U.S. and four in Canada. It features a turbocharged 2.0L inline-four with trick variable compression tech, developing 268 horsepower and 280 pound-feet of torque, managed by a continuously variable automatic and optional or standard AWD, depending on the country. For 2022, the compact QX50 gets standard ProPILOT Assist, wireless Apple CarPlay, USB-C port for rear-seat occupants, intelligent key activation on the rear doors and LED welcome lighting. There’s also expanded availability of the Bose 16-speaker surround sound system, heated rear seats and Ultrasuede interior trim. 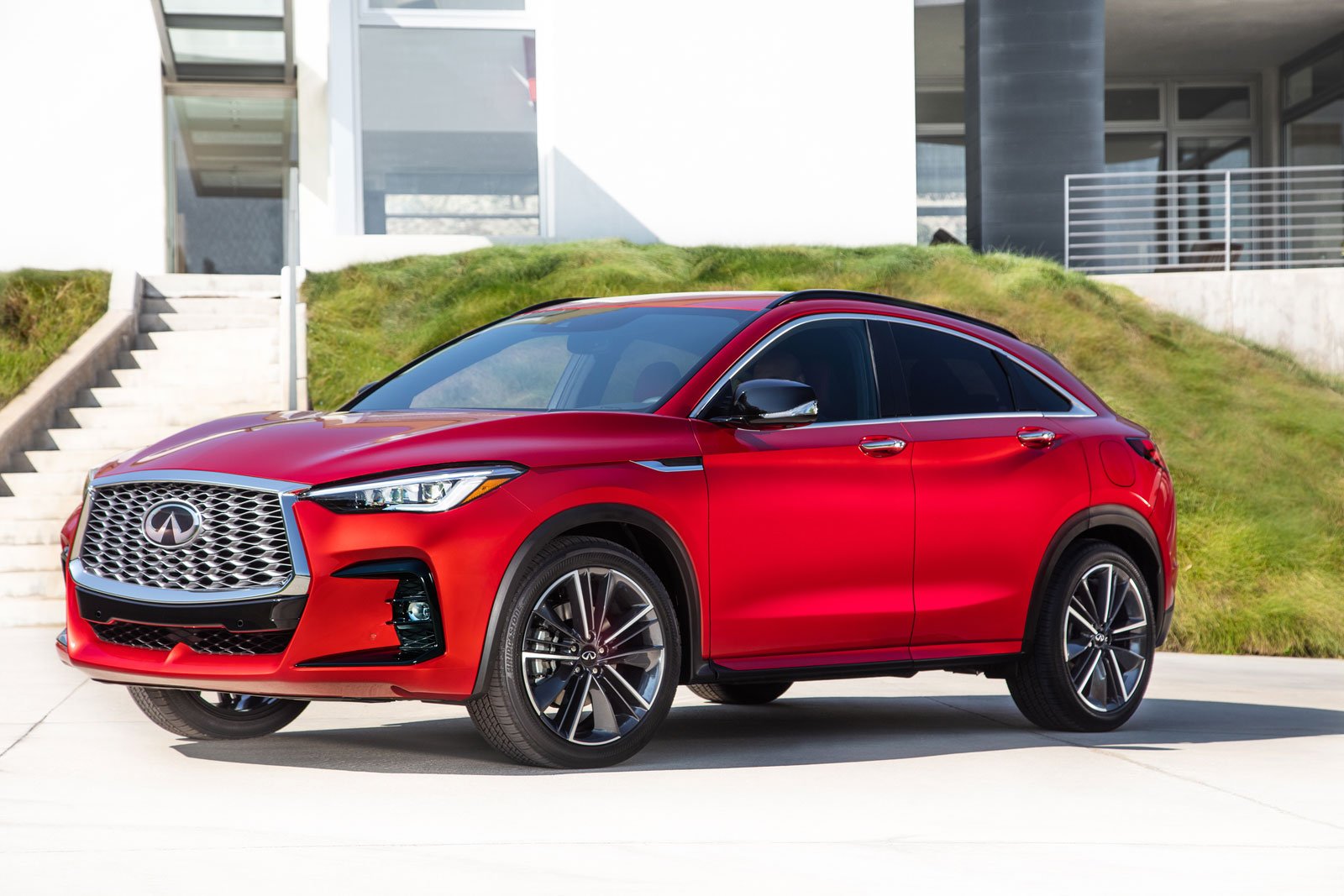 The 2022 Infiniti QX55 arrived during the course of 2021, which is heavily based on the QX50, but with some exclusive design touches. It shares the latter’s turbocharged, variable-compression 2.0L four that develops 268 horsepower and 280 pound-feet of torque. AWD is standard in both the U.S. and Canada, as is a continuously variable automatic transmission. The four-door coupe-style crossover is a sportier alternative to the QX50.

For 2022, the Infiniti QX80 full-size SUV receives a 12.3-inch infotainment touchscreen, in addition to wireless Apple CarPlay and wired Android Auto, wireless phone charging and a Bose premium sound system. A 5.6L V8 with 400 horsepower is matched to RWD and AWD systems though a seven-speed automatic transmission. 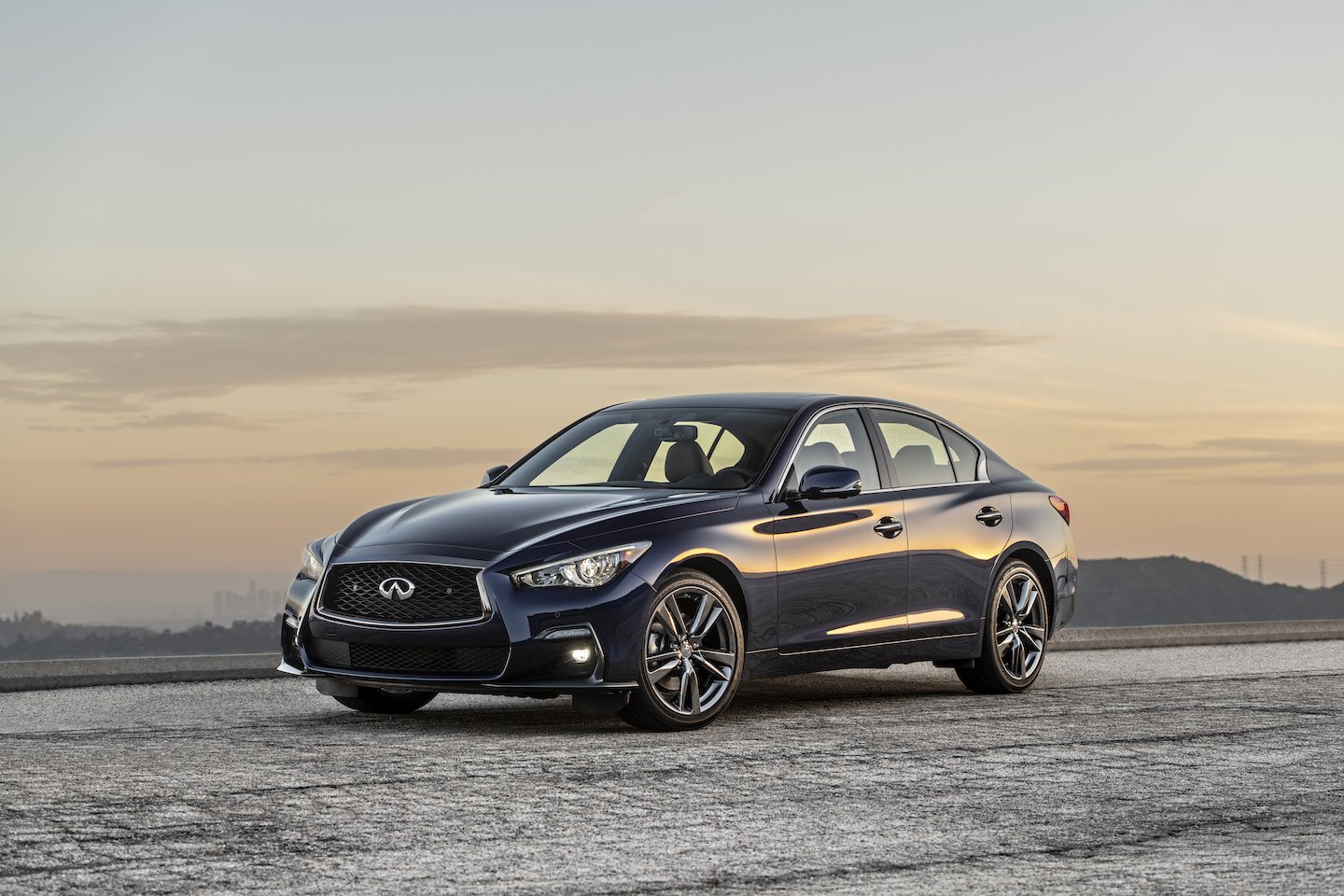 On the passenger-car side, the Infiniti Q50 sedan, which was introduced for the 2014 model year, gets more standard features, including a Bose Performance Series Audio system, wireless Apple CarPlay and InTouch Services telematics. It’s available in Luxe, Sensory and Red Sport 400 trim levels in the U.S., and in Pure, Luxe, Sport Tech, Red Sport I-Line and Red Sport I-Line ProACTIVE variants in Canada. A twin-turbo, 3.0L V6 with 300 or 400 horsepower is included, as is a seven-speed automatic transmission and all-wheel drive. 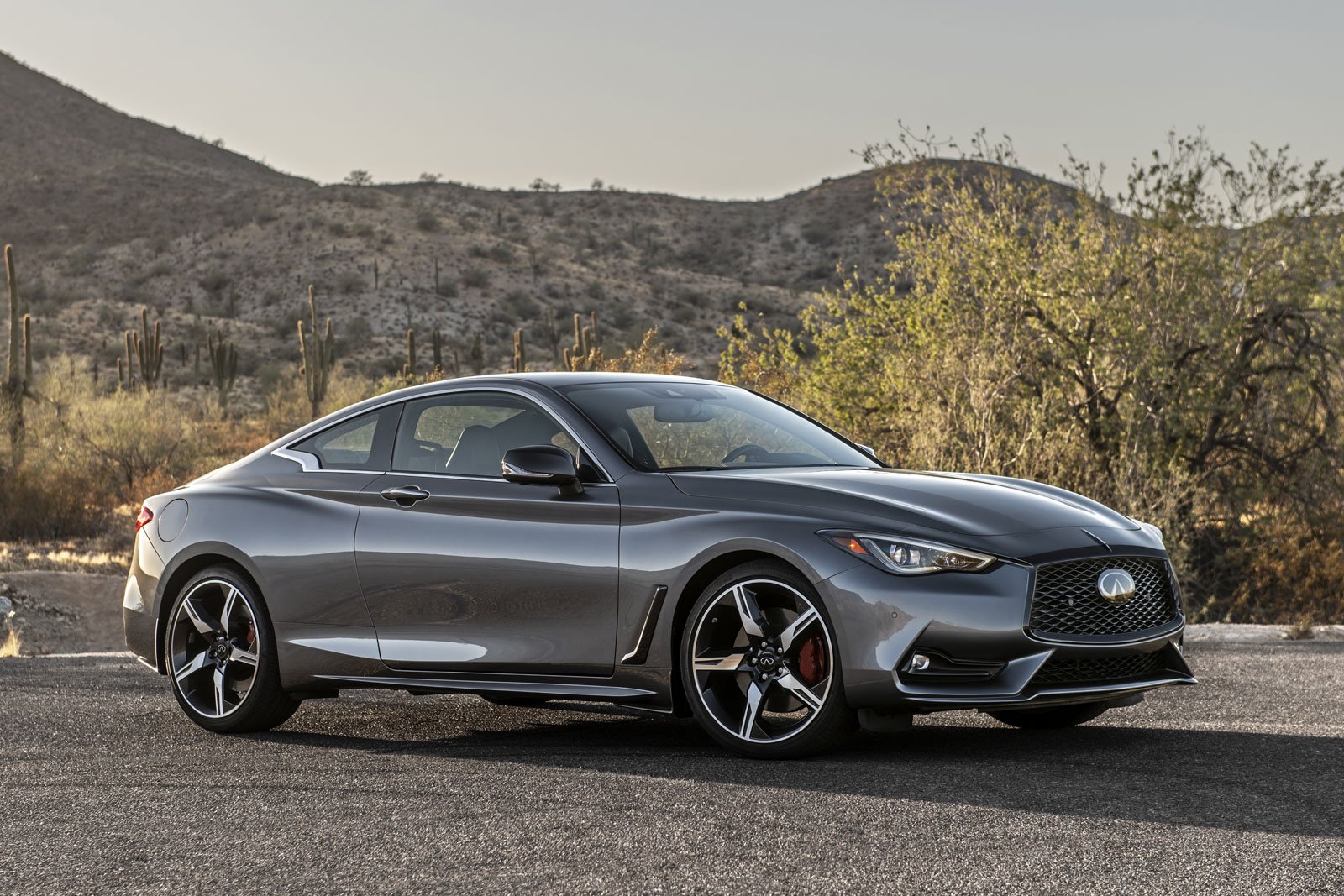 The second-generation Infiniti Q60 coupe, which arrived as a 2017 model, also gets wireless Apple CarPlay this year, and that’s about it for changes. Like the Q50, the Q60 is equipped with a twin-turbo, 3.0L V6 producing 300 or 400 horsepower, a seven-speed transmission and standard AWD. It’s offered in Pure, Luxe and Red Sport 400 trims in the U.S., while the Canadian-spec coupe is available in Pure, Luxe, Red Sport I-Line and Red Sport I-Line ProACTIVE variants.

Back in 2018, Infiniti promised it would reveal its first EV sometime in 2021, which didn’t happen. However, the brand recently announced that its first EV would appear in 2022, and by 2030, most of Infiniti’s vehicles will be electrified.

Long-tail, streamlined bodywork for custom Huayra Pagani spent years working on the car with some very special customers Pagani has just confirmed, that yes...
Read more
Previous articleMercedes-Benz Vision EQXX Gets 1,000 km Without a Massive Battery
Next article2022 Subaru Outback Wilderness Review: The One that Could Have Changed Everything