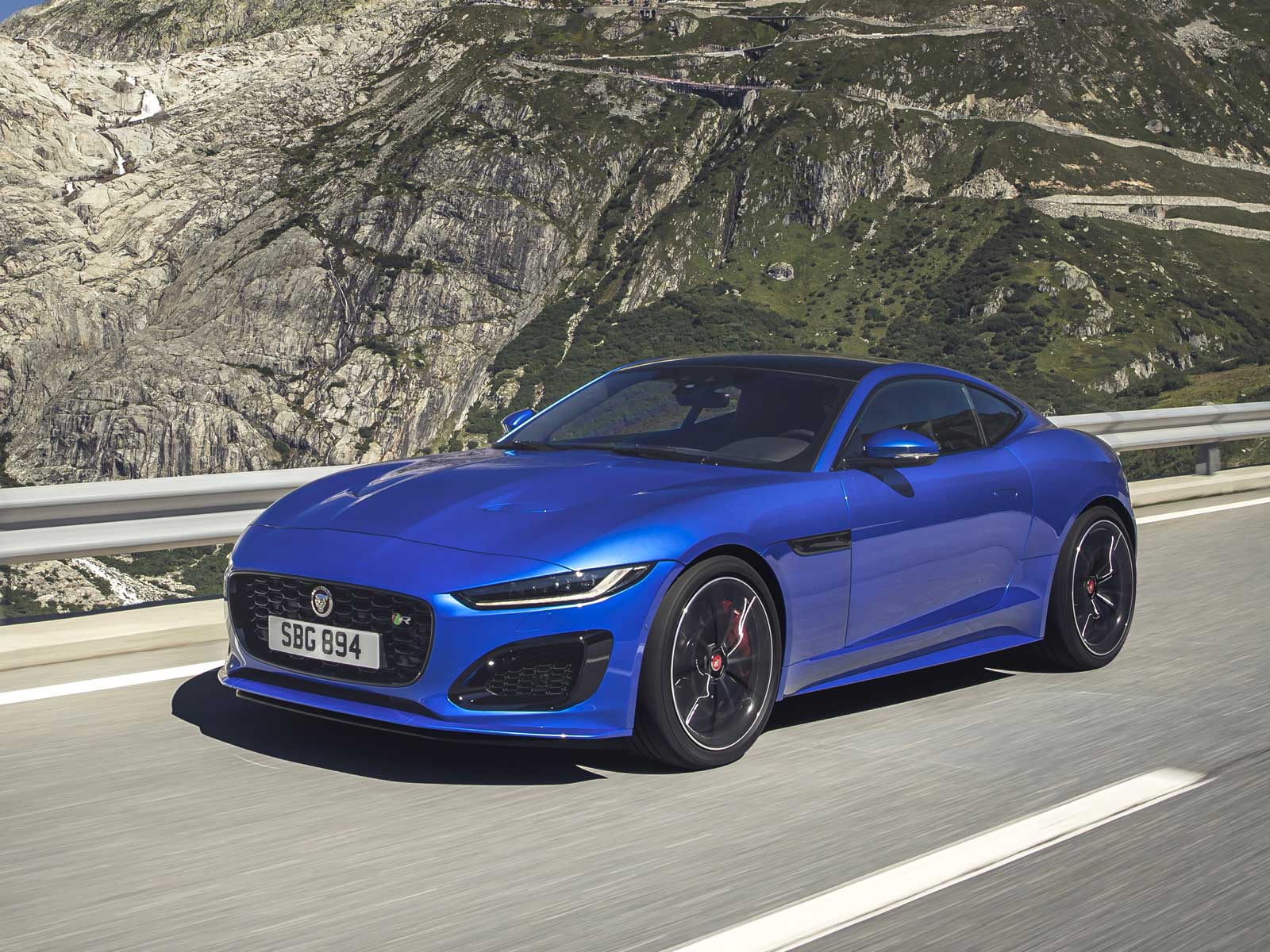 Jaguar is evolving into an electrified era, but still caters to its loyal clientele that desire traditional sports cars. However, like pretty much every other automaker, this past year was very challenging for the British brand.

However, there are new products in the pipeline, including more fully electric vehicles as the brand recently announced its intention to exclusively produce and sell EVs by 2025. Here’s what to expect from the Jaguar brand in 2021.

The 2021 Jaguar F-TYPE received a thorough redesign with new sheetmetal, slimmed-down LED headlights and taillights, as well as a revised cockpit. The latter includes a 12.3-inch digital driver instrument cluster, in addition to InControl Touch Pro infotainment system with a 10-inch touchscreen, Apple CarPlay and Android Auto integration. Under the hood, a turbocharged 2.0L inline-four with 296 horsepower is still offered, in addition to a 380-hp supercharged 3.0L V6 and a 575-hp supercharged 5.0L V8. The F-TYPE is once again available in coupe and convertible body styles, and an F-TYPE Heritage 60 Edition is offered in very limited quantities—60 units for worldwide consumption, to be precise—which is based on the 575-hp F-TYPE R AWD.

The midsize Jaguar XF also gets revisions for 2021, although not as exhaustive as those for the F-TYPE. The XF benefits from a new Pivi Pro infotainment system in addition to a rearrangement of features and options “to better meet customer demand.” The 380-hp XF S is gone, so powertrain choices now include 246- and 296-horsepower versions of the brand’s turbocharged 2.0L four (named P250 and P300), matched to either RWD or AWD. However, in Canada, only the P300 variant with AWD is available, while the XF Sportbrake wagon has been canned in the U.S.

The compact Jaguar XE is no longer offered the United States and Canada, due to the brand’s “repositioning” of its lineup.

As for the full-size Jaguar XJ, it’s taking a break. It was rumoured to return to the market featuring a fully electric powertrain, but for now, the company has put the XJ on the back burner.

The Jaguar E-PACE is now the brand’s entry-level model in our market, now that the XE is gone. It received some mild styling enhancements, a redesigned cockpit with a Pivi Pro infotainment system with an 11.4-inch touchscreen, wireless phone charging as well as Apple CarPlay and Android Auto integration. Two powertrains are available, both turbo 2.0L fours with 246 hp (P250) and 296 hp (300 Sport). All-wheel drive is standard.

Like the XF, the Jaguar F-PACE receives a mid-cycle refresh with minor design revisions, the company’s new Pivi Pro infotainment system with an 11.4-inch touchscreen, and a 12.3-inch driver instrument panel. A supercharged 3.0L inline-six (P340) with mild hybrid technology is offered, which delivers 335 horsepower, while a 246-hp turbo 2.0L four (P250) is also available. There’s also the Jaguar F-PACE SVR with its supercharged 5.0L V8, generating 542 horsepower and 516 pound-feet of torque.

Lastly, the fully electric Jaguar I-PACE relies on a two-motor system producing 394 horsepower and 512 pound-feet of torque, and thanks to its 90-kWh battery pack, driving range is rated at 234 miles in the U.S., 377 km in Canada. The I-PACE gets a new Pivi Pro infotainment system for 2021, in addition to an 11-kW on-board charger for quicker juice-ups as well as new paint colours and alloy wheel designs.

Another electric crossover is said to be in the works, which would be smaller than the I-PACE, although nothing has been formally confirmed by Jaguar yet. In addition, a bigger utility which could be called the J-PACE might also appear in the near future, positioned above the current F-PACE.

The Ford F-Series dominates the list of the most popular cars in the United States in 2022. Strong sales gains for Tesla Model...
Read more
Previous articleMcLaren Artura is a PHEV-Powered Hypercar With Optional Snow Tires
Next articleFord To Build Smaller Mustang Mach-E Car From 2023 For Europe