California-based EV manufacturer Karma Automotive is adding a fourth dealership in Canada, and it will be located in Calgary. The new 2020 Karma Revero GT will now be available for sale in the province of Alberta, and it’s already available in British Columbia (Karma Vancouver), Ontario (Karma Waterloo) and Quebec (Karma Montreal).

Karma Calgary is operated by International Motor Cars, which also carries a pre-owned vehicle inventory of all makes and models, in addition to being a purveyor of the Campagna T-Rex. 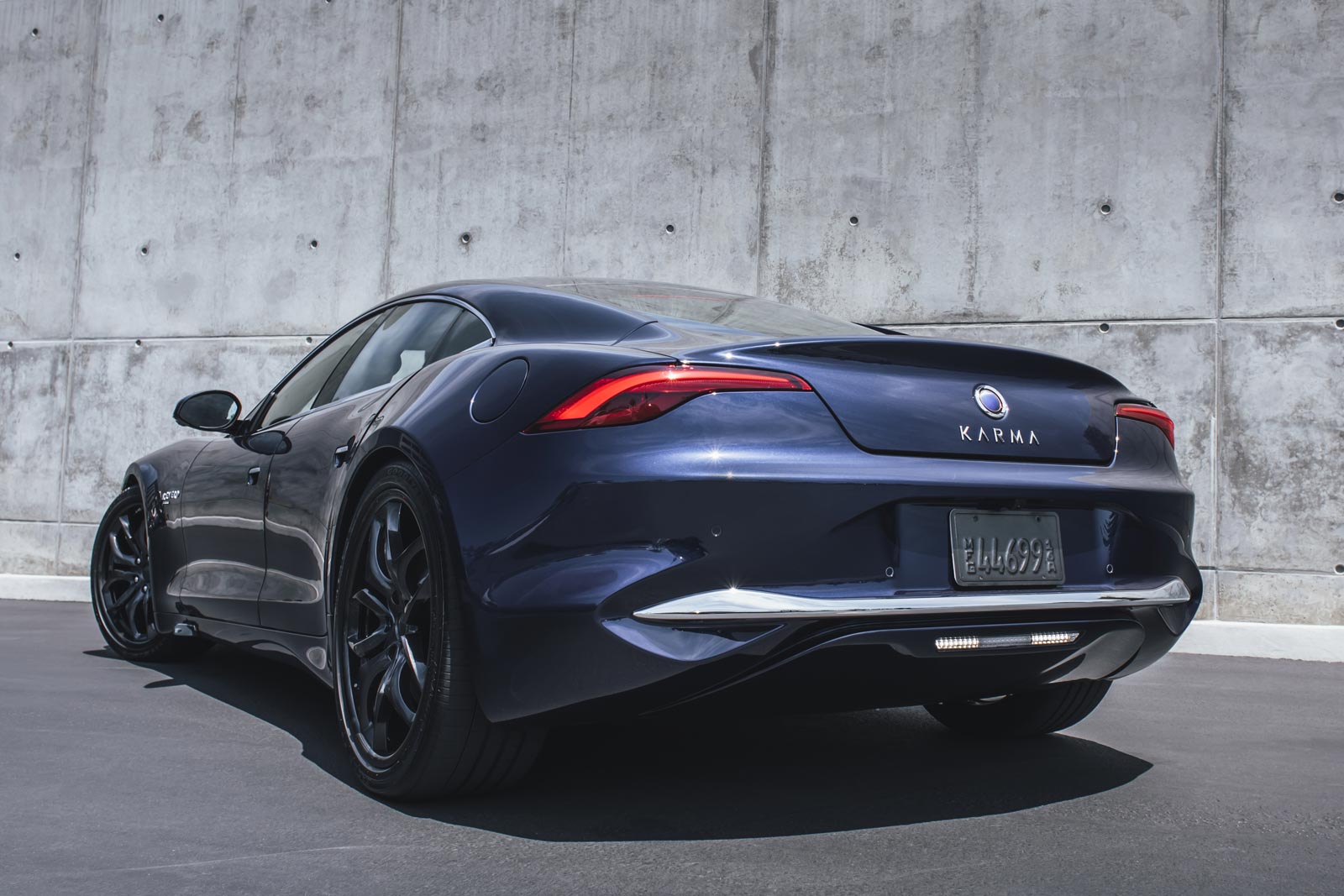 Rival to the Tesla Model S, the 2020 Karma Revero GT improves upon the “regular” Revero with updated styling, technology and features. It’s equipped with two electric motors connected to the rear wheels, which develop a combined 536 hp and 550 pound-feet of torque. Karma Automotive claims a 0-to-60 mph (0-96 km/h) time of 4.5 seconds with the Sport drive mode selected, and 3.9 seconds with the launch mode activated. The car also has an electronically limited top speed of 201 km/h.

Thanks to its 28-kWh lithium-ion battery pack, the Karma Revero GT boasts an EV range estimated at up to 80 miles or 128 kilometres, and according to Karma Automotive, the on-board 6.6-kWh charger allows the car to be fully recharged in about four hours on a level-2 plug. Fast charging allow for a 90% juice-up in 34 minutes (480 volts at 125 amps).

Although it’s classified as a plug-in hybrid, the Karma Revero is more an extended-range electric vehicle, as an on-board gasoline acts as a generator, but isn’t directly connected to the drive wheels. The GT features a BMW-sourced, 1.5-litre inline-three cylinder that develops 228 horsepower, along with a 38.8-litre fuel tank for an extra 280 miles or 448 km of range.

The 2020 Karma Revero GT now available in Canadian dealerships, including the new Karma Calgary location, is listed from about CAD$190,000 or USD$135,000. It will be joined later on by the slightly more potent Revero GTS, and there even might be a Karma pickup truck coming along, too.

The Hyundai N Vision 74 is the coolest concept in a while. The 2023 CIAS will mark the RN22e’s global auto show debut. ...
Read more
Previous articleAffordable Volkswagen ID.1 Coming In 2023
Next articleThe Are Only 13 Remaining New Spektrum Colour Volkswagen Golf R In Canada