News Karma Will Build an Electric Pickup Too

Karma Will Build an Electric Pickup Too 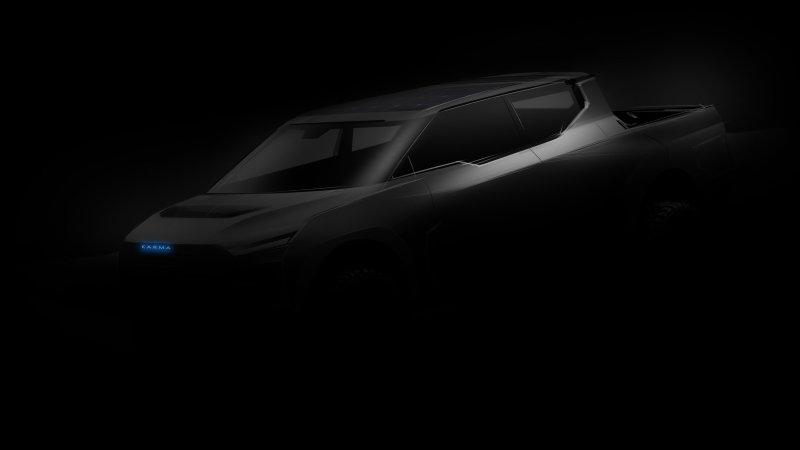 Chinese automaker Karma Automotive is throwing its hat into the electric pickup party. According to Bloomberg, the Karma electric truck will debut as a concept before the end of the year.

This isn’t the first time Karma has been linked to an eventual pickup. The company even released the teaser image seen above although we’ve yet to see any concret information.

Karma Automotive is also planning a new sport utility vehicle that will share the same platform as the electric pickup in much the same way as Rivian with its R1T and R1S models.

The EV pickup segment is heating up although we have to see much substance. Rivian is planning the new R1T while Tesla of course unveiled its Cybertruck. GM has confirmed a new electric pickup as well that will be using the Hummer name.

The Genesis GV60 is the first electric model from the brand It shares its mechanicals and its 800-volt architecture with the Hyundai Ioniq...
Read more

The Sienna took over from the Previa in 1998. Nearly 300,000 have been sold in Canada since. The current 4th generation launched for...
Read more

For many years, Cadillac has tried to let go of its old people’s car image 70% of the people having ordered a Lyriq...
Read more
Previous articlePatent Sketches Give First Details On Upcoming Electric Ferrari
Next articleCadillac Super Cruise Update Adds Auto Lane Changes