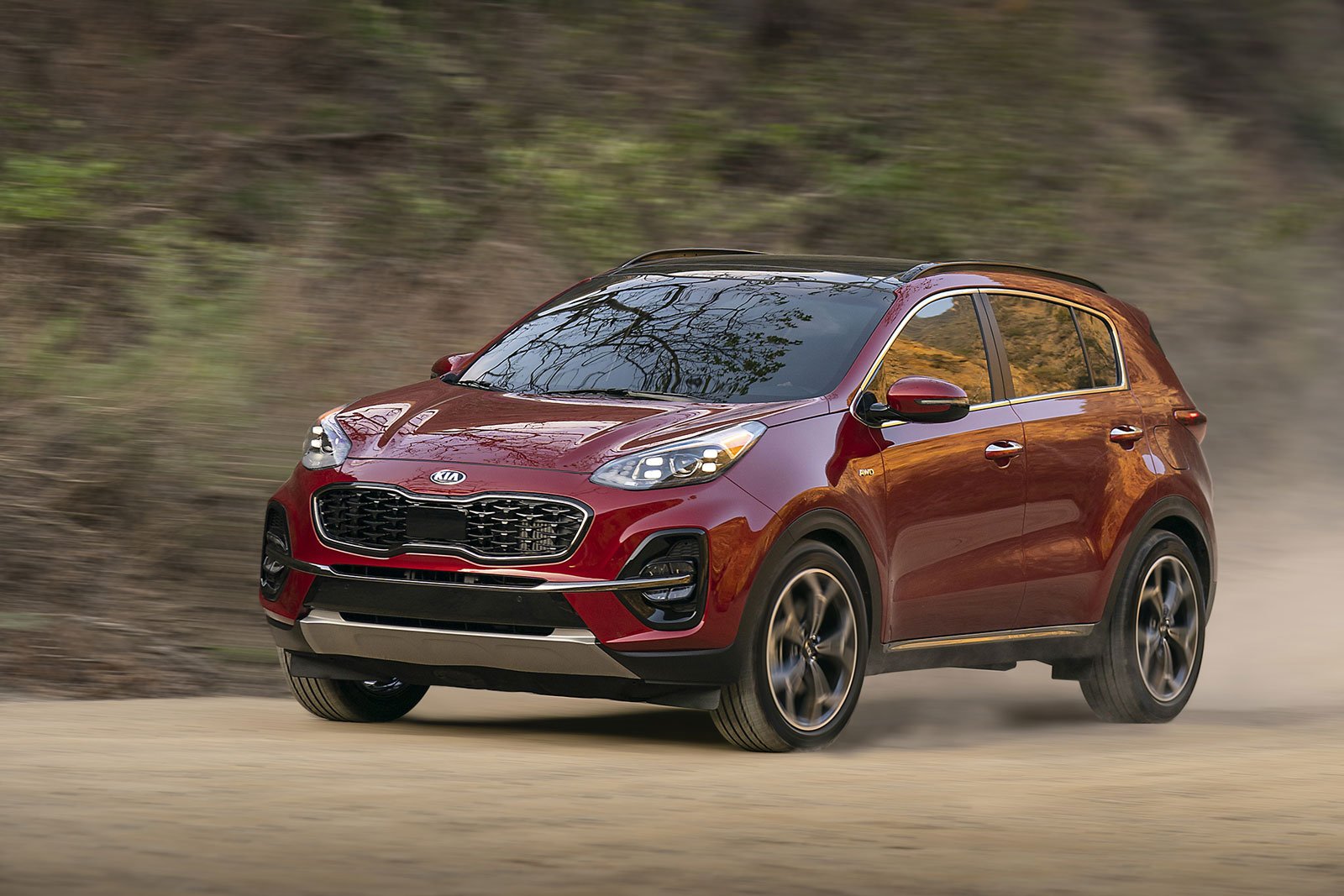 The 2021 Kia Sportage is a compact five-passenger crossover vehicle available in several trim levels, with two powertrain choices as well as front-wheel and all-wheel drivetrains.

Most trim levels are equipped with a naturally aspirated, 2.4L four-cylinder engine that produces 181 horsepower, mated to a six-speed automatic transmission. The SX and SX Turbo trims benefit from a turbocharged 2.0L inline-four with 240 horsepower in FWD configuration, and 237 horsepower with AWD, but also feature a sport-tuned suspension, 19-inch alloy wheels and wheel-mounted paddle shifters.

Speaking of all-wheel drive, it’s optional on every trim of the 2021 Kia Sportage in the U.S., and standard on all but the base trim level in Canada. Called Dynamax, this AWD setup is described as being “the first continuous and fully active AWD coupling” by Magna, the company that builds it supplies it to Kia. In short, the system favours the front wheels in normal driving conditions, but constantly monitors driving conditions and varies torque split between the front and rear axles, claiming to be better than a regular, reactive AWD setup. There’s also a 50-50 lock button that the driver can push, which sets a fixed equal torque split at low speeds.

The 2021 Kia Sportage competes with the following models in the compact crossover category: