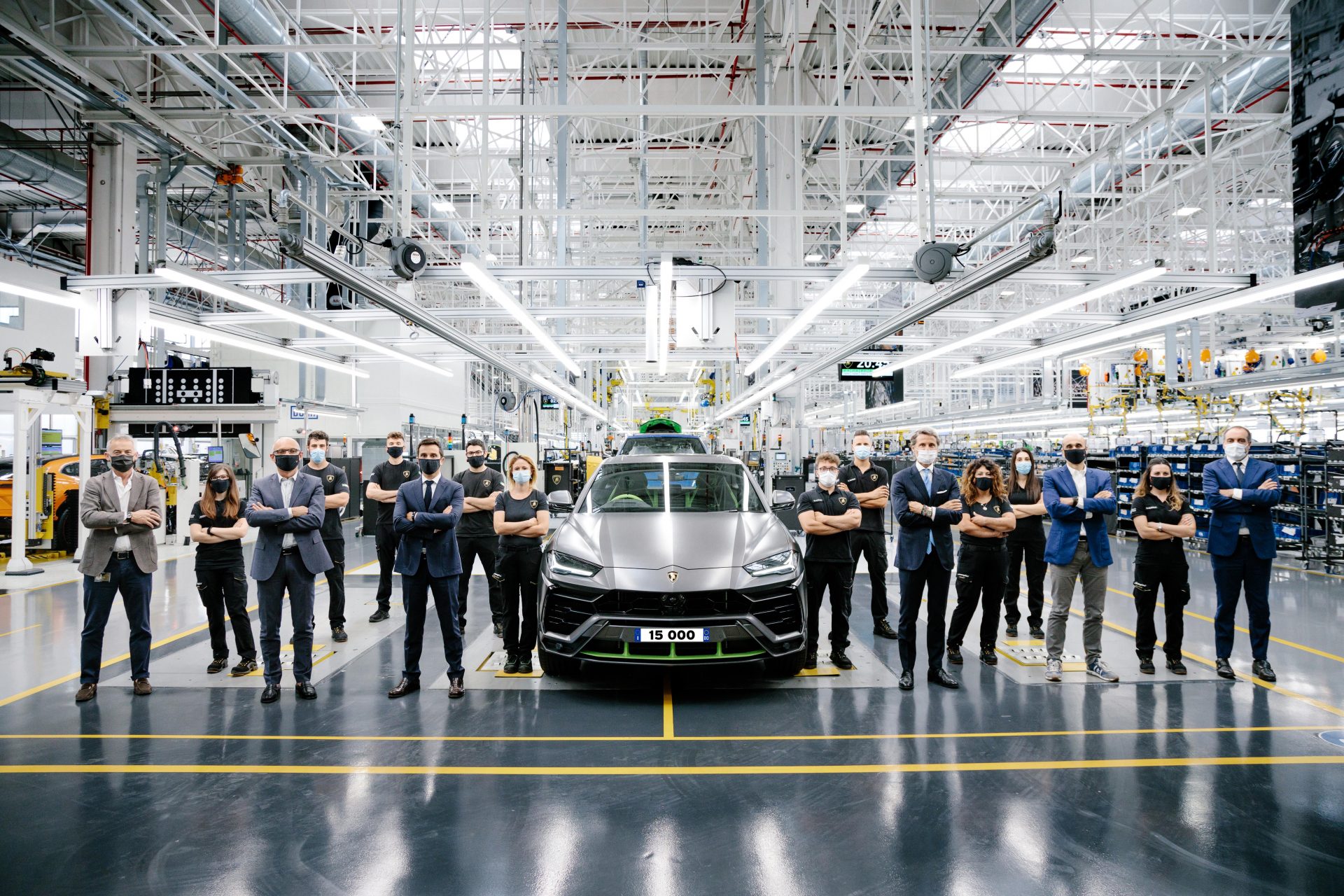 Purists hate that top-shelf luxury and supercar makers are building more and more SUVs, but the balance sheets love them. The latest example is Lamborghini‘s Urus, which in just three years has hit 15,000 models sold and set a record for the automaker.

If you want a comparison, the Gallardo, on sale for more than 10 years, barely topped 14,000. The Countach, which was sold from 1974 through 1990 sold just over 2,000. The Huracan is on track to sell right around 3,000 cars this year, which should be Lamborghini’s best year of sales ever.

The first year of full production for the Lamborghini Urus saw the company’s sales double as the 4.0L twin-turbo V8 and its 650 hp fire it off into the horizon as well as to suburban soccer practice.

The 15,000th car is headed for the UK and will be finished in the Graphite Capsule colour set. That means Grigio Keres Matt paint with Verde Scandal detailing. The two-tone inside is Nero Ade and Verde Scandal.

So expect more crossovers and SUVs from Sant’Agata, because sales figures like those are nearly impossible to ignore. Especially when you can platform share with your partners inside the Volkswagen group instead of having to design a platform specifically for a mid-engine sports monster.

Nissan is one of many automakers that believe solid-state batteries will be a key part of making EVs more popular. The company will...
Read more
Previous articleReport: Tesla Semi Production Start Imminent
Next articleFord Trademarks the Term Skyline