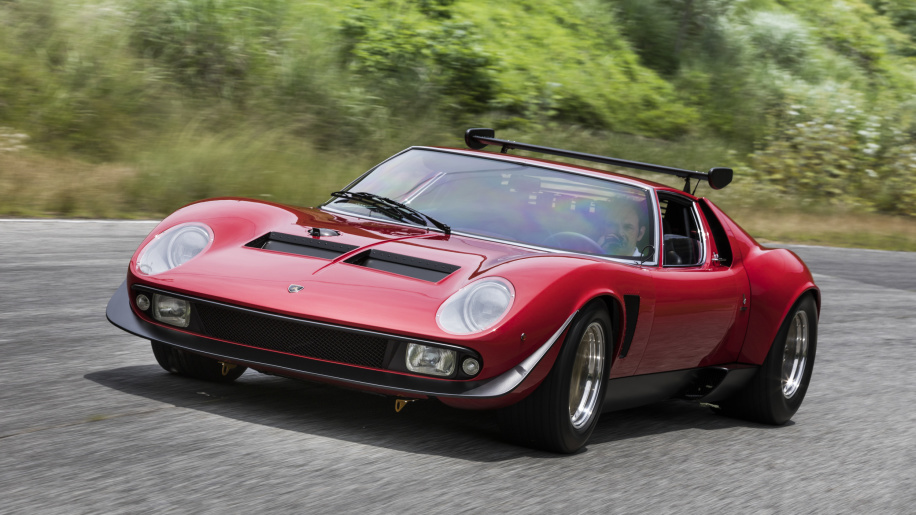 The Lamborghini Miura will forever be revered as one of the greatest and possibly the first ever supercar in the history of the automobile. Between 1966 and 1972, 763 of these splendid cars were built and over the decades, anyone who’s someone has or owns one. Think Jamiroquai, Jay Leno, Frank Sinatra, Rod Stewart, but more famous to car lovers than all these celebrities is the one and only Miura SVR.

This car has a well-documented history where it began as an S in late 1968. It spent many years in Italy to then be bought by German who promptly sent it back to Sant’Agata in order to have it transformed into an SVR. The car was eventually sold to a Japanese man who brought it home.

Why I’m so excited about this is that I’ve seen the car with my own eyes. In 2015, I was in Japan and waltzed into a high-end car dealer called Bingo Sports and lo and behold, there it was right in front of me. This was the Miura with chassis number #3781, the exact same one that’s been fully restored. I returned to Bingo Sport last fall only to discover that the car was gone. Now I know where it was.

This decision was forced by the ongoing global chip shortage. Trucks without the technology will be discounted by $50. This bit of news comes...
Read more

Electric pickup will run from under $40k to beyond $90k Also gives price for Extended Range battery pack Ford gave out some pricing basics...
Read more

This is the 11th generation of Canada’s best-selling car. These prices are for the sedan. The hatchback will be revealed next week. The all-new...
Read more

By the looks of it, it will be a V6. The first all-new Tundra in almost 15 years will debut soon. There’s a race...
Read more
Previous article2018 Ford EcoSport Review
Next articleEV VW ID R smashes PP record

The new Tundra is leaking and looks hot Expect new Toyota pickup next year It's been a very long time since Toyota revealed an...
Read more
News

Tesla’s charging network is the largest in the world. The idea is to make all charging stations operate in the same fashion, benefitting...
Read more
News

The Nürburgring To Name Corner #1 After Sabine Schmitz

Sabine Schmitz was known as the Queen of the Nordschleife. She was the first woman to win the famous 24h Race. Schmitz sadly...
Read more
News

PCM 6.0 adds a host of new features including OTA updates Will have Apple Music integration, wireless CarPlay Porsche knows how to make its...
Read more
News

Lordstown Admits They Have No Binding Orders For The Endurance

The web of confusion surrounding Lordstown is slowly unraveling. At first, they had over 100,000 pre-orders. Now, there are none. As well, Lordstown...
Read more