News Last Holden Ever Made For Sale, Or is it?

Last Holden Ever Made For Sale, Or is it? 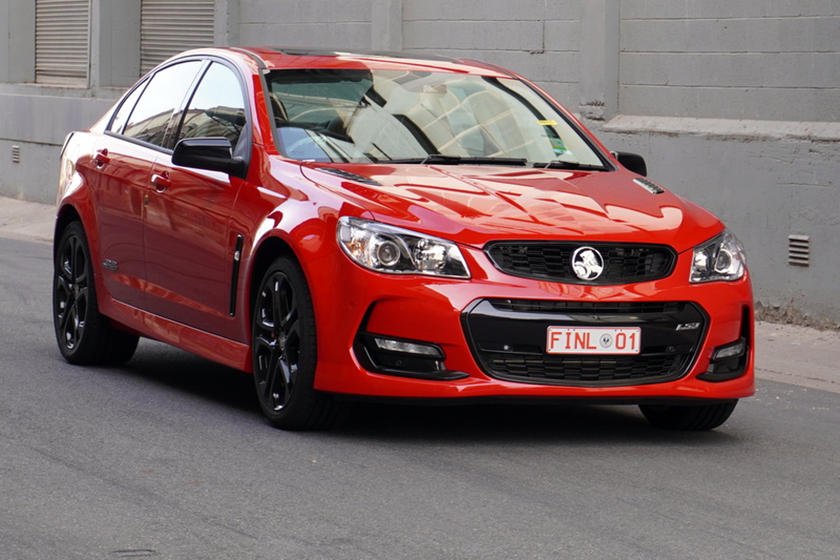 A car billed as the last Holden ever produced in Australia is up for auction, and it’s also raised an interesting discussion as to what the last car actually means. Especially as the SSV model Commodore is expected to bring serious cash in the sale.

It’s a 2017 Holden VF Commodore Series II SSV Redline, and it marks the end of auto production in Australia, a 70-year run of cars built in, designed for, and sold in the country. The seller advertises it as the last body ever framed, last VIN ever stamped, and the last body ever painted.

The story in the auction listing is fascinating, with the seller saying that they worked at Holden in the paint shop where this car was sprayed and happened to hear on the last day of production where the car was headed for sale. It had been allocated to a dealer, the story goes, but not sold to a person. So he found the dealer and bought it sight unseen, telling them nothing about it being the last car, but asking them to do no pre-delivery work. So the car still has the stickers it had when it left the factory as well as the plastic seat covers, wheel cover, and all of the items that protect it during assembly and transport.

So what’s the controversy? Holden, now called GM Specialty Vehicles in the country, says that it has the last car and it’s at the National Motor Museum in South Australia. GM says it’s the last car to leave the end of the assembly line, and that it’s the last Holden, per a report from Motoring Australia.

The car in the museum wears the VIN ending in 333542, and it’s the car that was in the GM photos wearing a last car sign on its distinctive black roof. But that VIN is a lower number than 333644 as seen on the one that’s at auction.

So really it comes down to semantics. This car for sale was the last one to get its body welded together, painted, and assigned a VIN, the GM one somehow rolled off the final assembly line last. In any case, it is the last car made that was sold through a dealer, and likely the last one to be offered to the public at all. Does that make it valuable? The current top bid is for AUD 260,000, so we’re thinking yes.

$5.5 Billion of this investment will go toward a new factory in Georgia that will only build electric vehicles. The other $3 Billion...
Read more
Previous articleVolkswagen ID.3 Likely To Surpass Golf In Sales Before Long With New Base Model
Next articleThe Next Subaru WRX STI Will Be The Brand’s Last New Non-Electrified Car