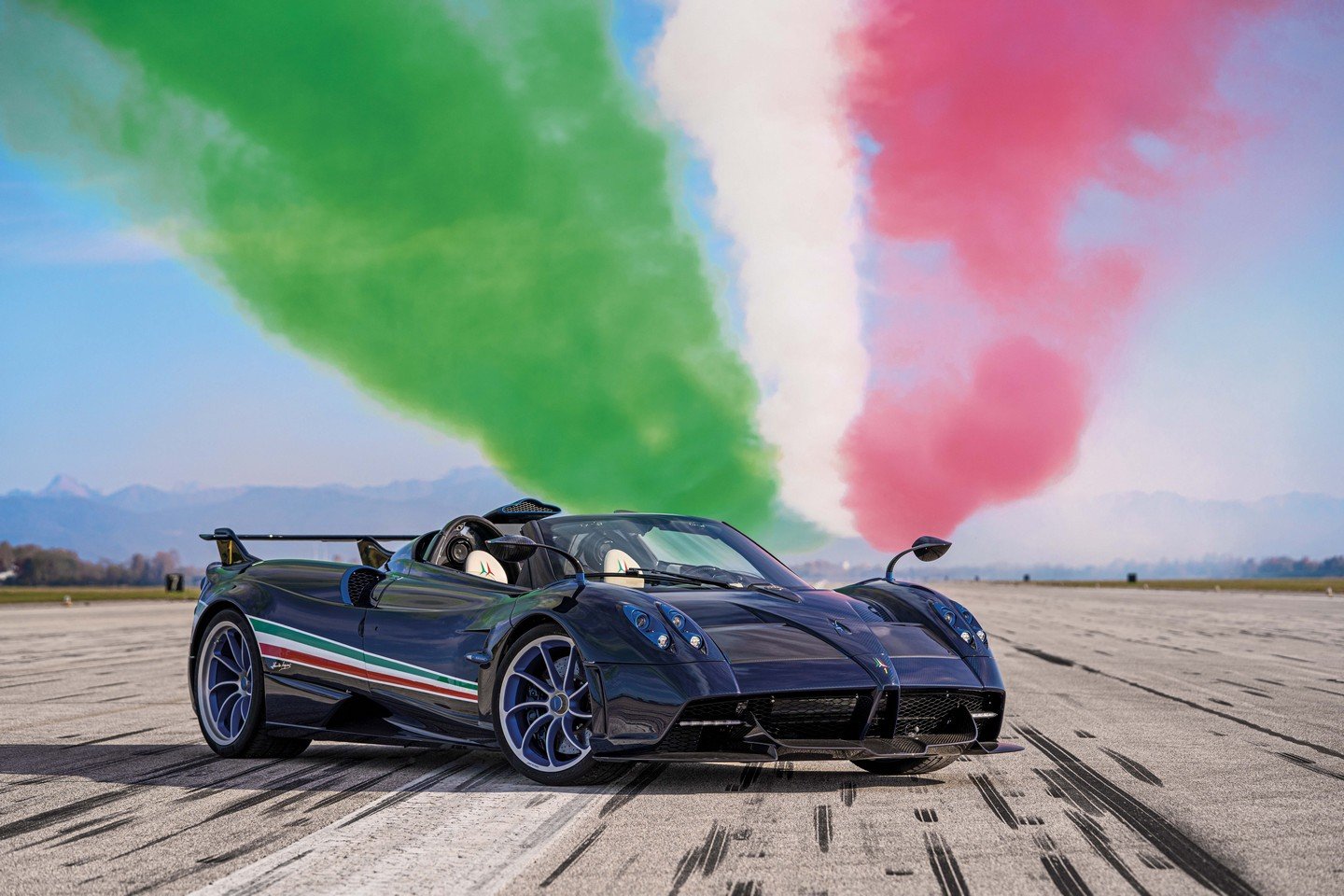 Never content to make simply some of the quickest and most intricate hypercars extant, Pagani is always ready to move the bar forward with series of even more special editions. The latest is the Pagani Huayra Tricolore, a tribute to 60 years of the Frecce Tricolori Italian aerobatics team and the 10 jets they fly in formation.

10 years ago, Pagani paid tribute to the 313th Aerobatic Training Group (their official name) with the Zonda Tricolore, making just three examples of that model to celebrate the group’s 50th. Now, of course, it’s time to celebrate once again the largest aerobatics patrol in the world and their mission to display the three colours of the Italian flag across the skies.

Like the other Huayras, the Tricolore uses a Mercedes-AMG 6.0L V12, but here it’s tuned to 829 hp and 811 lb-ft, 2 hp more than the Imola that is now the second most powerful car from the line. Changes outside are intended to set this car apart from standard Huayras, including a new front bumper with larger intakes for more downforce and better cooling as well as a larger front splitter and new rear spoiler.

The visuals are inspired by the Aermacchi MB-339A P.A.N., the jet flown by the team capable of 898 km/h and the incredible manoeuvres of the team. The supports for the rear wing are meant to look like the jet’s tail fin and each shows the number of the car in the same lettering as Italian patrol aircraft. A pitot tube, which is used to read airspeed on a plane, is installed on the center of the front hood. And, of course, the red, white, and green tricolor stripes that adorn the car’s flanks and set off the translucent blue that colours the exposed carbon fibre weave of the cars.

The wheels: Inspired by turbine propellers. The interior switches: aerospace grade alloys with blue anodizing to match the exterior and the plane. White and blue seats a shout to the Zonda Tricolore and Italian red, white, and green leather inserts.

Just three will be made, each one numbered for the main leaders of the patrol. 0, for the Commander who directs from the ground, 1 for the head of the formation in the air, and 10 for the soloist who performs the most intricate manoeuvres, outside of the formation.