News Lexus IS 500 Trademark For North America Means A V8 IS Could... 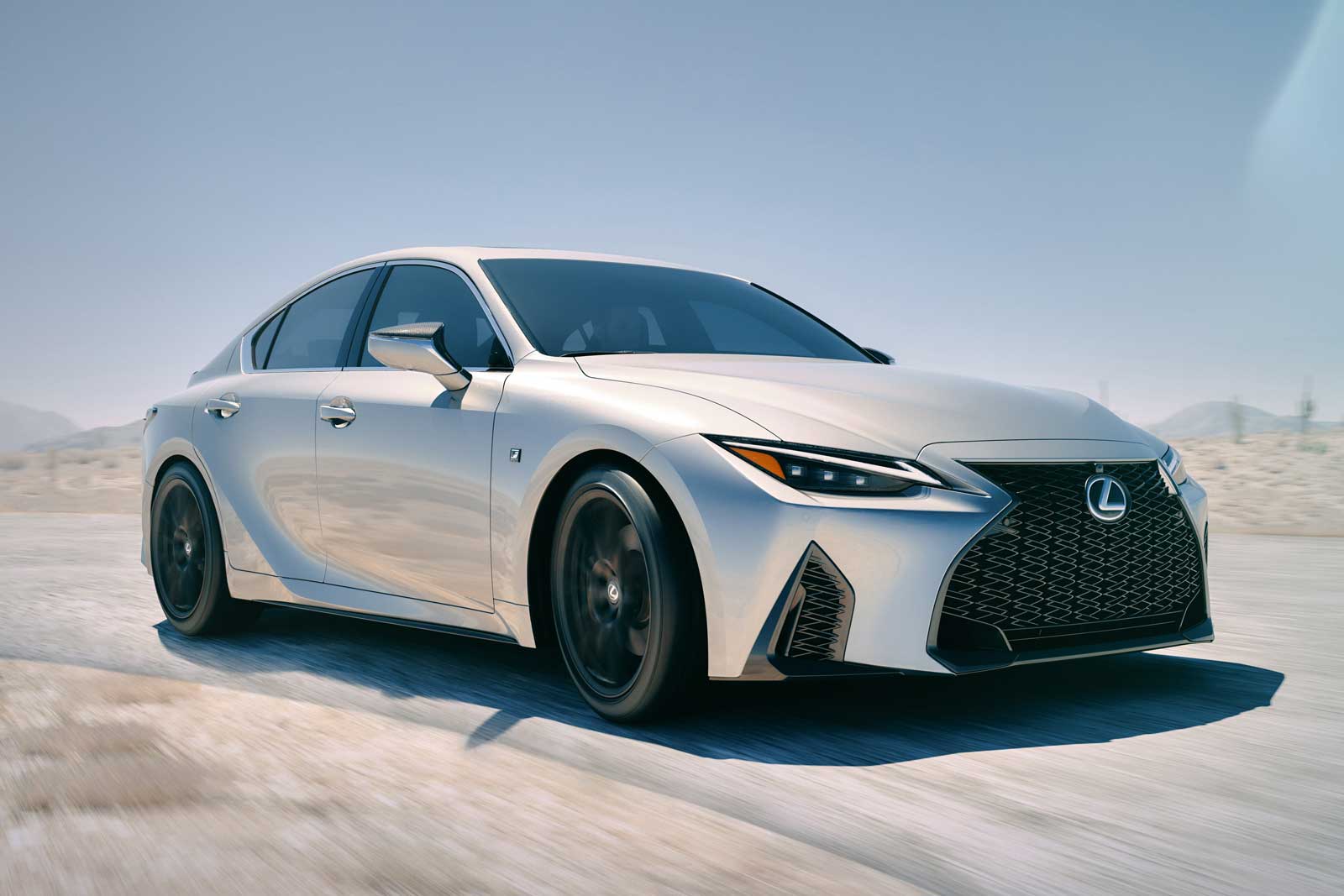 The 2021 Lexus IS returned last month with a range of design changes inside and out and new tech, but the engine lineup remained largely the same. A new Lexus IS 500 could change that in the near future.

On the other hand, the IS 500 wouldn’t be aimed specifically at these models according to early reports. It would be more focused on comfort that lapping a track as soon as possible. That said, we would expect the new Lexus IS 500 to get a few differentiating elements including a louder exhaust and more aggressive visual designs.

The 2021 Lexus IS can’t be called a new generation, but it’s more than a light refresh. The new IS gets a more pronounced spindle grille and redesigned bumpers, a new rear taillight that covers the entire trunk, a lighter and improved suspension, and increased interior dimensions. The new IS also gets a redesigned interior featuring either an 8.0-inch screen in base models or a 10.3-inch screen in the other trims.

The same engines carry over from the current IS meaning the base model gets a turbocharged four-cylinder with 241 horsepower while the IS 300 and IS 350 get a 3.5-litre V6 with 260 hp and 311 hp respectively.

It features two new hybrid powertrains. The CX-90 is not only the most powerful Mazda ever but the most luxurious. Mazda Canada has just...
Read more
Previous articleNew 2021 BMW M3 And M4 To Get Manual Transmission, RWD And Up To 510 Horsepower
Next articleFord Bronco Grille And Headlights Revealed In New Teasers