The wind is blowing in Maserati’s sails again as new products have arrived, and more will soon be revealed. After a rough 2020 calendar year in North America, sales increased back to normal levels as well.

Parent company Stellantis recently announced a slew of battery-electric vehicles across all its brands, and that includes Maserati, which in 2020 announced its intention of launching 13 new or redesigned models over the next three years. Here’s what to expect from the Maserati brand in 2022.

The 2022 Maserati MC20 is now among us. It rocks a twin-turbo 3.0L V6 that develops 621 horsepower (630 PS) and 538 pound-feet of torque, matched to a dual-clutch eight-speed automatic transmission. The brand says the MC20 accelerates from 0 to 100 km/h (0-62 mph) in 2.9 seconds and reaches a top speed of more than 326 km/h (203 mph). Offered as a coupe for now, a MC20 convertible is expected to launch this year, and a fully electric powertrain will also appear at some point.

A new compact crossover called the Maserati Grecale will debut on March 22nd, and we’ll have to wait until then to find out what will be lurking under its hood. We could see a plug-in hybrid powertrain, while a fully electric variant of the Grecale will also be introduced in near future. 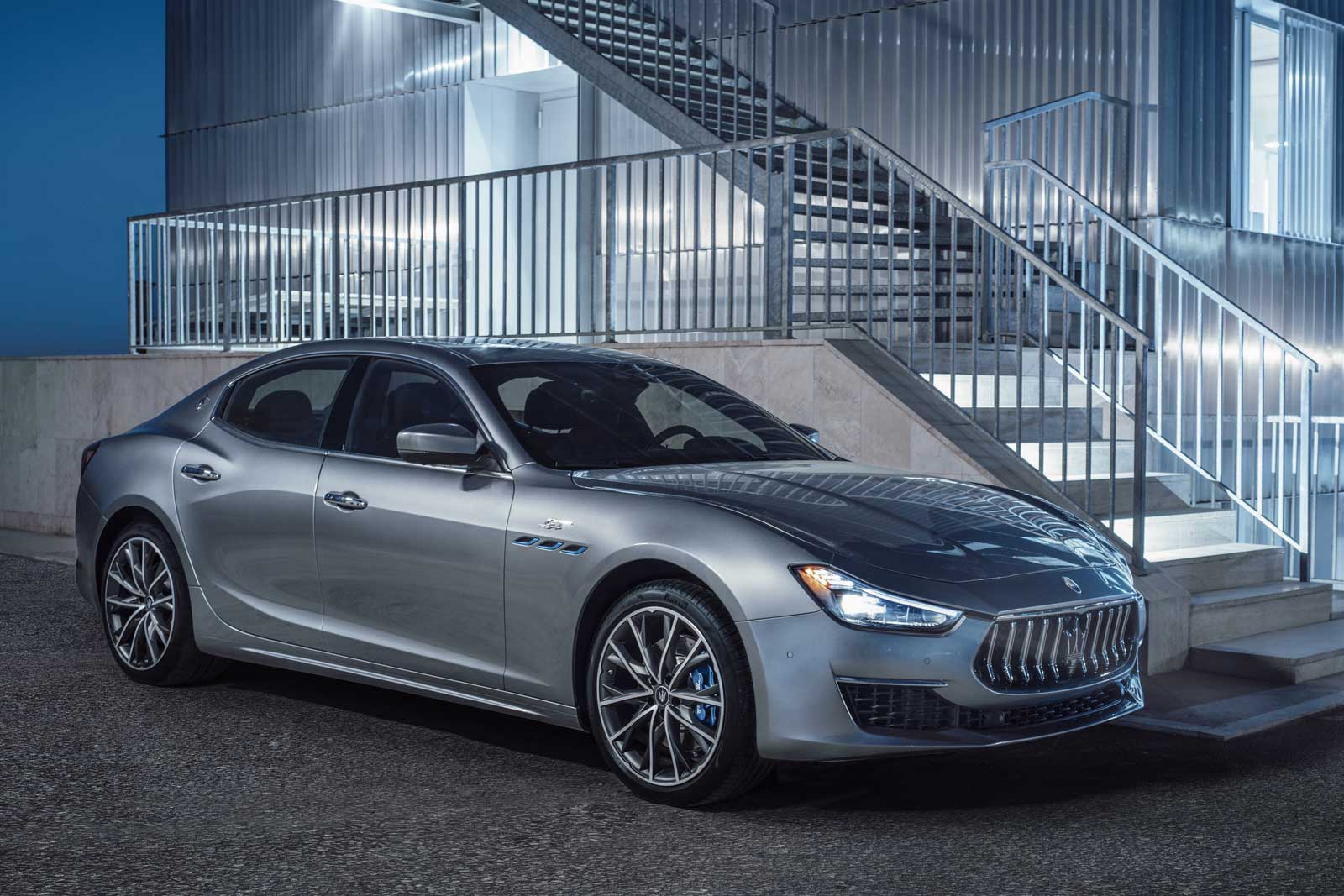 The Maserati Ghibli is now available in four variants in the U.S., including GT, Modena, Modena Q4 with AWD and Trofeo, while the Canadian market gets the latter two. The sedan’s styling is unchanged, while the updated Maserati logo is found inside and out. In Europe, the Ghibli GT is equipped with a 330-horsepower mild hybrid four-cylinder engine, but U.S. and Canada keep the twin-turbo 3.0L V6 with 345 hp that’s already on offer. The Modena trims also get a twin-turbo V6, but with 424 horsepower, while the range-topping Trofeo is blessed with a twin-turbo 3.8L V8 that develops 580 horsepower, allowing for 0-60 mph blasts of 4.0 seconds and a top speed of 203 mph or 326 km/h. 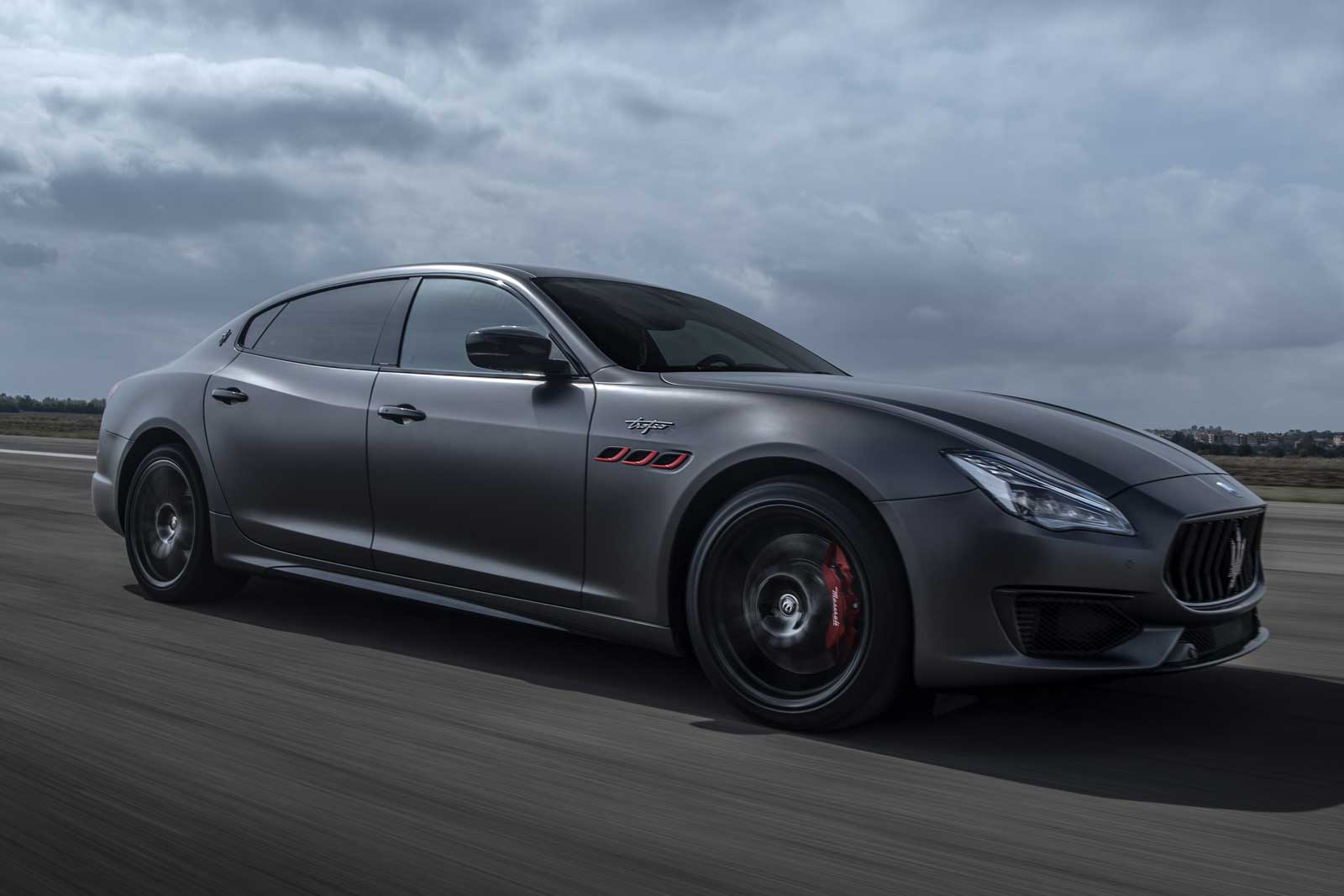 The Maserati Quattroporte also benefits from new trim level designations and the updated Trident logo, with GT, Modena, Modena Q4 with AWD and Trofeo available in the United States, while the Modena Q4 with AWD and Trofeo are offered in Canada. The GT is equipped with a 345-horsepower, twin-turbo 3.0L V6 while the Modena and Modena Q4 get a 424-hp variant of the blown V6. Meanwhile, the Trofeo boasts a 580-horsepower, twin-turbo 3.8L V8 engine. Changes include larger cupholders for the North American market, along with standard LED headlights and a redesigned gear lever. 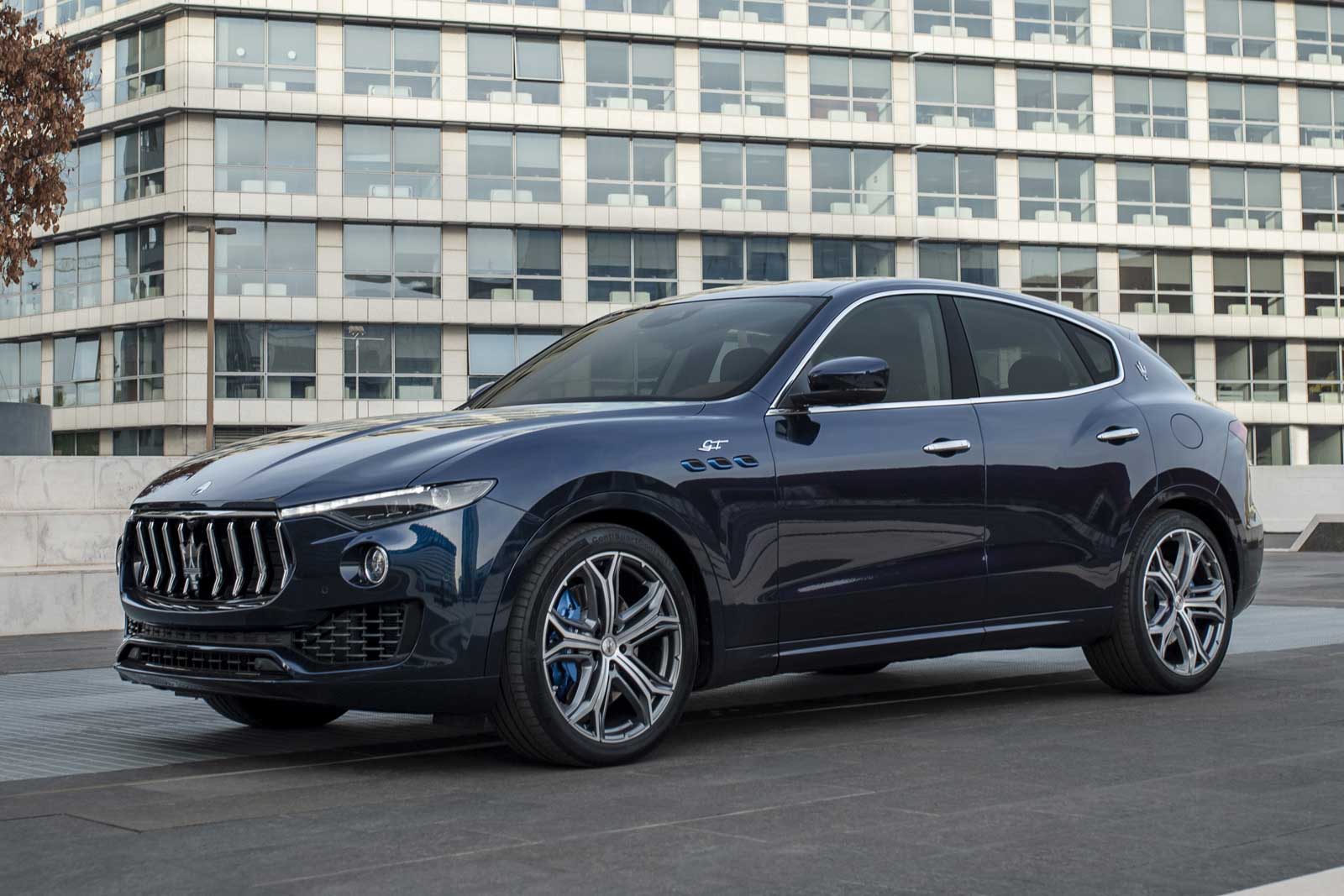 Last but not least, the Maserati Levante midsize crossover received styling revisions for the 2021 model year, and changes are minor for 2022. The new trim level lineup for both Canada and the U.S. consists of the base GT with a 345-horsepower, twin-turbo 3.0L V6, the Modena with a 424-hp V6, the Modena S with a 550-hp twin-turbo 3.8L V8 and the Trofeo with a 580-hp variant of the V8 engine. The Levante’s recently introduced 330-horsepower, mild hybrid turbo 2.0L inline-four engine won’t be offered in North America.

The hybrid Civic will be available in Hatchback and sedan forms and will share its powertrain with the Accord hybrid. Gasoline-only powertrains will...
Read more
Previous articleVolvo Unveils Refreshed XC40 Recharge and Single Motor C40 Recharge
Next articleFiat 2022 Lineup: Models And Changes Overview