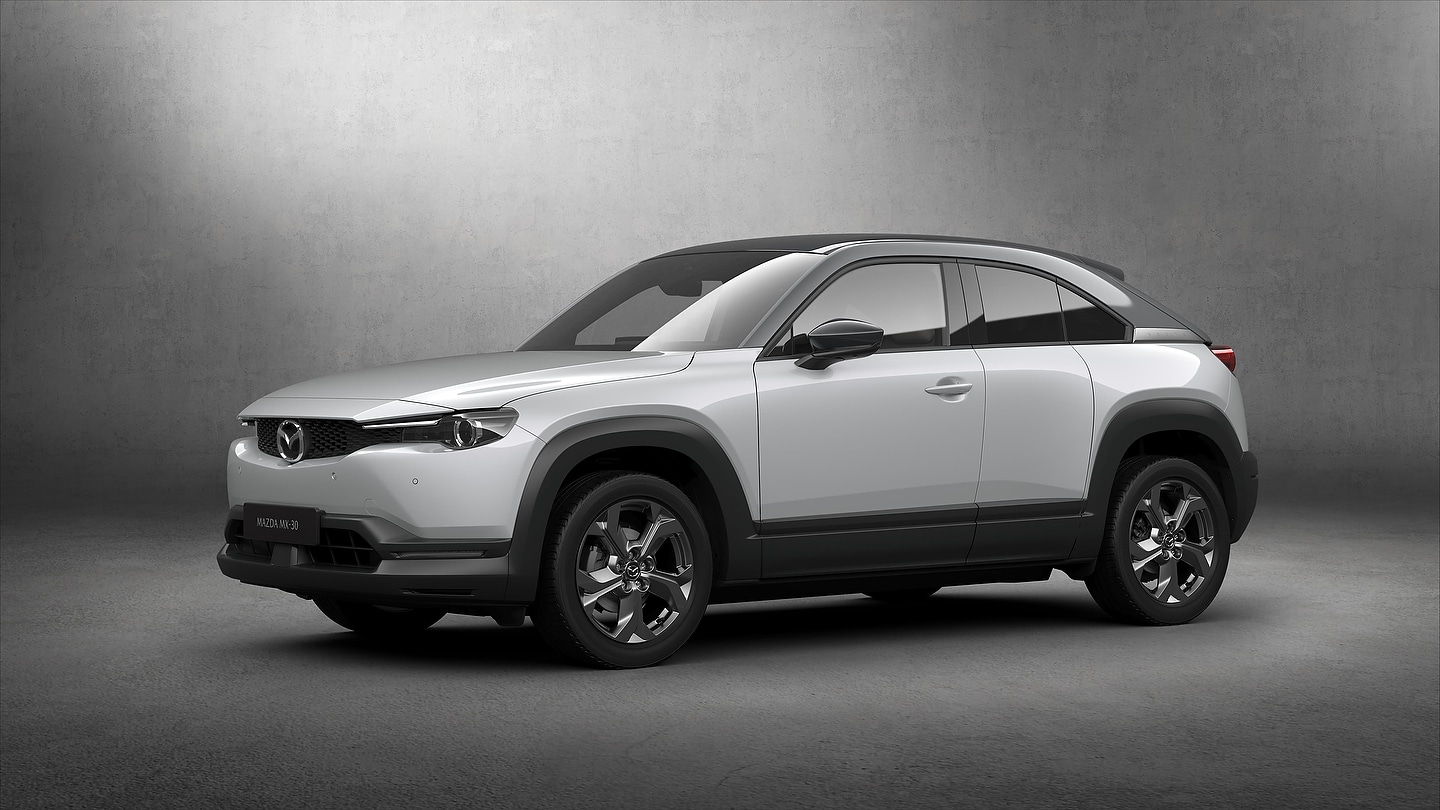 Although Mazda’s 2021 lineup is now on sale in U.S. and Canadian dealerships, the Japanese brand has something new in store for the upcoming calendar year.

Although 2020 has been pretty rotten for all automotive manufacturers, Mazda managed to overachieve by posting above-average sales numbers compared to the overall industry in North America. It did so by launching a key small crossover and maintaining sales of its utility vehicle portfolio. Here’s what to expect from the Mazda brand in 2021.

First and foremost, the North American market will welcome the new Mazda MX-30 crossover. It will be the first fully electric Mazda sold on our shores, and although a variant with a range-extending rotary engine is available elsewhere in the world, we won’t be getting it for the time being. The MX-30 EV features a single motor producing 143 horsepower and 200 pound-feet of torque fed to the front wheels. Its 35.5-kWh battery pack scores a rather modest 124-mile/200-kilometre driving range according to WLTP calculations.

A new Mazda inline-six engine is on the way, with both gasoline and diesel variants for worldwide use. A plug-in hybrid powertrain and a new four-cylinder engine with 48-volt mild hybrid technology have also been presented, although it’s unlikely they will hit the market in 2021. We’re probably looking at 2022 right now. In addition, an all-new crossover jointly developed with Toyota should be revealed sometime in the new year, tailored specifically for the U.S. market and built in a shared assembly plant in Alabama.

The Mazda CX-30, which launched for the 2020 model year, quickly became the second best-selling crossover in the lineup and continues to grow in popularity. In the United States, the 2021 edition gets a new turbocharged 2.5L inline-four engine option with 227 horsepower and 310 pound-feet of torque (250 hp and 320 pound-feet with 93 octane fuel), in addition to a new Premium Plus package that rounds up all of the CX-30’s active safety features, a 360-degree camera system as well as front and rear park sensors. In Canada, the CX-30 is also available with the turbo engine, while all trim levels get automatic headlights and rain-sensing windshield wipers.

The brand’s best-selling model is now the Mazda CX-5, and by a significant margin. In the U.S., the standard feature list includes a 10.25-inch infotainment screen, new i-Activesense safety items and a special Carbon Edition that flaunts Polymetal Gray paint, gloss black trim, 19-inch wheels and red leather upholstery. The Canadian-spec CX-5’s equivalent to the Carbon is called the Kuro Edition, while the 100th Anniversary Edition builds on the Signature trim with Snowflake White Pearl paint and Garnet Red Nappa leather. Under the hood, the standard 187-horsepower 2.5L four can be swapped for the 227-hp turbo engine it now shares with the CX-30.

Rumours suggest a Mazda CX-50 is on the way in 2021 or 2022, which could replace the CX-5 or be introduced alongside it as a sportier model with a coupe-like profile.

The Mazda CX-9 is available in 2021 with the Carbon Edition/Kuro Edition trims, along with the 100th Anniversary edition in Canada, and also gets the latest Mazda Connect infotainment system with 10.25-inch display. The sole engine choice is a turbocharged 2.5L inline-four that produces 227 or 250 horsepower, depending on the fuel used, and as is the case with the brand’s other crossovers, front-wheel drive is standard while AWD is optional.

As for the aging Mazda CX-3, which launched for the 2016 model year, it’s still offered in both countries, although in only one trim level for the U.S. market. However, the GX, GS and GT variants are still on deck in Canada. Power comes from a 2.0L four-cylinder engine that develops 148 horsepower, and AWD is optional.

The Mazda MX-5 roadster and retractable-hardtop MX-5 RF soldier on with a few changes for the 2021 model year, including wireless Apple CarPlay integration, Deep Crystal Blue paint and White Nappa leather. Meanwhile, the 100th Anniversary Edition was a late 2020MY addition in the U.S. lineup, and will be a 2021 model in Canada. The MX-5 is equipped with a 2.0L four-cylinder engine that develops 181 horsepower and 151 pound-feet of torque, sent to the rear wheels via a six-speed manual gearbox or a six-speed automatic. The 2021 MX-5 will arrive in February.

The fifth-generation Mazda3 sedan and Mazda3 Sport hatchback arrived for the 2019 model year, and haven’t changed much since. However, the 2021 model year brings the turbo engine option alongside the standard 155-hp 2.0L and upgrade 186-hp 2.5L powerplants. All-wheel drive is also an option on the latest Mazda3, which is rare feature in the compact-car segment. A Premium Plus package is new to U.S.-spec turbo AWD variants, while the Canadian-spec Mazda3 features more standard active safety features, in addition to a range-topping 100th Anniversary Edition.

The Mazda6 is the oldest product in the lineup, and we can expect to see an all-new generation appear soon, perhaps in 2021. The current-gen midsize sedan arrived for the 2014 model year, and received multiple updates since, including revised styling and the more luxurious Signature edition. Power comes from the naturally aspirated 2.5L four that develops 187 horses, or the turbo 2.5L mill with 227/250 hp. The 2021 model year adds the limited Carbon Edition in the U.S. as well as the Kuro Edition and 100th Anniversary Edition in Canada. Meanwhile, the diesel-powered Mazda6 was finally supposed to reach the U.S. market, but it’s still delayed and might get cancelled altogether at this point.

It is being offered for $1.1 million. It has starred in Climbkhana and Gymkhana videos. It’s fast and burns tires. Ken Block is a...
Read more

The 2022 Lexus NX is available with one of four new powertrains, including a plug-in hybrid variant. The crossover gets an all-new infotainment...
Read more

The GTI will be delivered with a standard torque-sensing limited-slip differential. The new GTI will offer improved driving dynamics. It’s almost difficult to believe...
Read more

This is the 11th generation of Canada’s best-selling car. These prices are for the sedan. The hatchback will be revealed next week. The all-new...
Read more
Previous articleLast Volkswagen E-Golf Leaves Dresden Factory
Next articleJeep Wrangler 4xe Plug-in Hybrid Priced for Canada